Accessibility links
ROTC And The Ivy League: A Feud Worth Fixing In his State of the Union address Tuesday, President Obama asked colleges and universities to open their doors once again to military recruiters. But Commentator Ken Harbaugh says the military might not want to go back to elite schools.

ROTC And The Ivy League: A Feud Worth Fixing

ROTC And The Ivy League: A Feud Worth Fixing 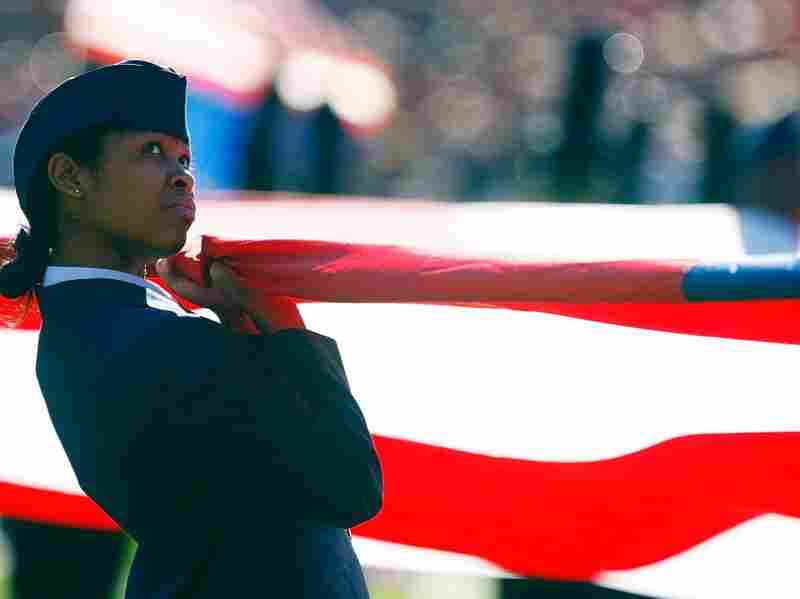 An ROTC member opens an American flag on the field prior to the start of a college football game. President Obama asked in his State of the Union address for renewed partnership between ROTC recruiters and schools. Scott Halleran/Getty Images hide caption 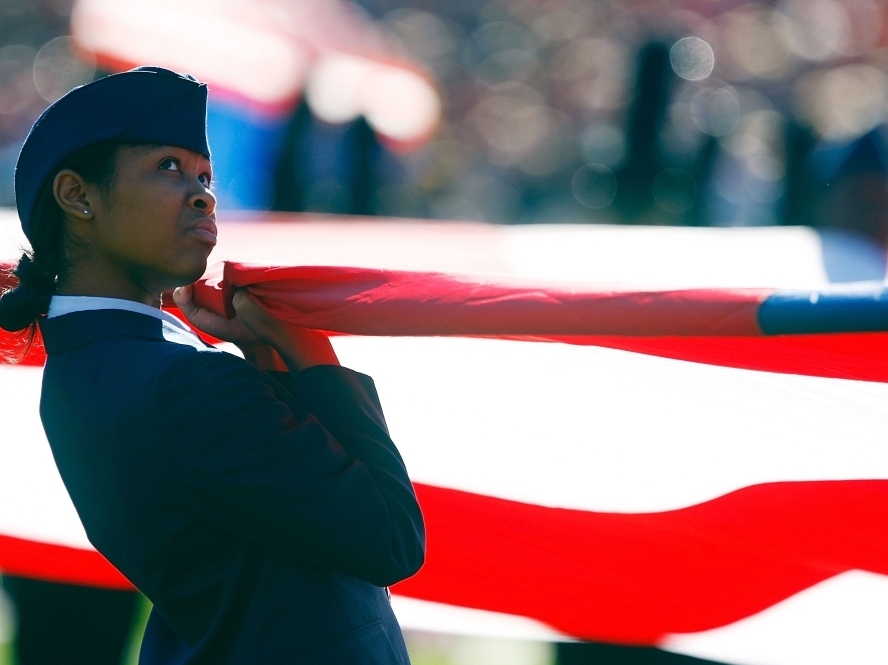 An ROTC member opens an American flag on the field prior to the start of a college football game. President Obama asked in his State of the Union address for renewed partnership between ROTC recruiters and schools.

Ken Harbaugh is a former Navy pilot and co-founder of The Mission Continues, a nonprofit organization that works with military veterans. He currently serves as a business consultant in Cleveland, Ohio.

In his State of the Union address Tuesday, President Obama called on "all our college campuses to open their doors to our military recruiters and ROTC."

Many Americans might be surprised to learn that the biggest obstacle to making this happen may well come from the military itself.

During my time as a Naval officer, I served as an ROTC instructor at a military college. More recently, I was a guest fellow at Yale teaching a course on citizenship. I'll be the first to admit that many of my Ivy League colleagues wanted nothing to do with the military — no recruiters, no ROTC, no uniforms on campus. Period.

Ken Harbaugh is a graduate of Yale Law School. Courtesy of The Mission Continues hide caption

I suppose the president was speaking to them. But the door to the military is already wide open. The Supreme Court cleared the way several years ago, when it upheld the government's constitutional authority to demand access for recruiters and ROTC units. Now, with the repeal of "don't ask, don't tell," the best excuse for stiff-arming the military is gone.

The real challenge to re-introducing ROTC at places like Yale will be getting the armed services to take advantage of the opportunity. Within the military commands responsible for ROTC, there is no hurry to re-engage the schools in question. Part of this reluctance is practical. The military assumes most of the financial burden for students participating in ROTC, so programs at expensive schools cost more. One high-ranking official, charged with running Naval ROTC programs, asked me, "Is a Yale-educated officer really worth five from Auburn?"

The short answer is, "Yes." But that answer has far less to do with quality of education than with the future of civil-military relations. The elites who shape our national policy are losing touch with the young men and women they send to war. Restoring ROTC will help bridge this gap by providing some students with opportunities to serve directly, and others with a real connection to those who fight in their place.

That should be reason enough for the military to re-engage schools like Yale. But there is more than money at stake. The greatest barrier, one that few in the military seem willing to talk about, is wounded pride. The bitterness that characterized ROTC's departure 40 years ago still lingers, and many in uniform cannot forgive that insult.

Today, with two wars raging, there is too much at stake to let pride rule this issue. If the services won't step up on their own, the president can make them. Perhaps he would have done better Tuesday speaking not to our colleges as president, but to our military as commander in chief.