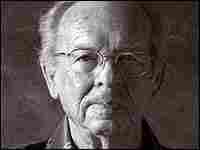 Formerly half of the iconic country duo The Louvin Brothers — brother Ira died in a car accident in 1965 — Charlie Louvin, 79, is the latest in a line of country war horses who've seen their careers resurrected by well-meaning hipsters. A combined comeback album and early-country primer, Charlie Louvin remakes Louvin Brothers classics and period-specific country covers with the help of everyone from George Jones to Superchunk's Mac McCaughan.

Louvin's tracks aren't updated so much as re-recorded, and the disc's scratchy, nostalgic feel occasionally works against it, but "Great Atomic Power" is a beauty. Revisiting The Louvin Brothers' gospel-influenced, early-'50s classic, it neatly conjures up the twin menaces of Atomic Age angst and eternal damnation: "Are you ready / for the great atomic power? / Will you rise and meet your savior in the air?"

Powered by a nimble banjo and backing vocals by Jeff Tweedy — whose old band Uncle Tupelo once did a faithful, less cheery version of its own — the track's mixture of paranoia, old-time religion and jauntiness still packs a curious wallop. It may suggest that hell awaits the listener, but it sure is perky in doing so.