Accessibility links
Community Colleges: Where's Our $12 Billion? President Obama has called community colleges crucial to the nation's economic recovery, as jobs requiring associate degrees are expected to increase. But after empty promises of federal funding and ongoing state cuts, community colleges are struggling more than ever to deliver services. 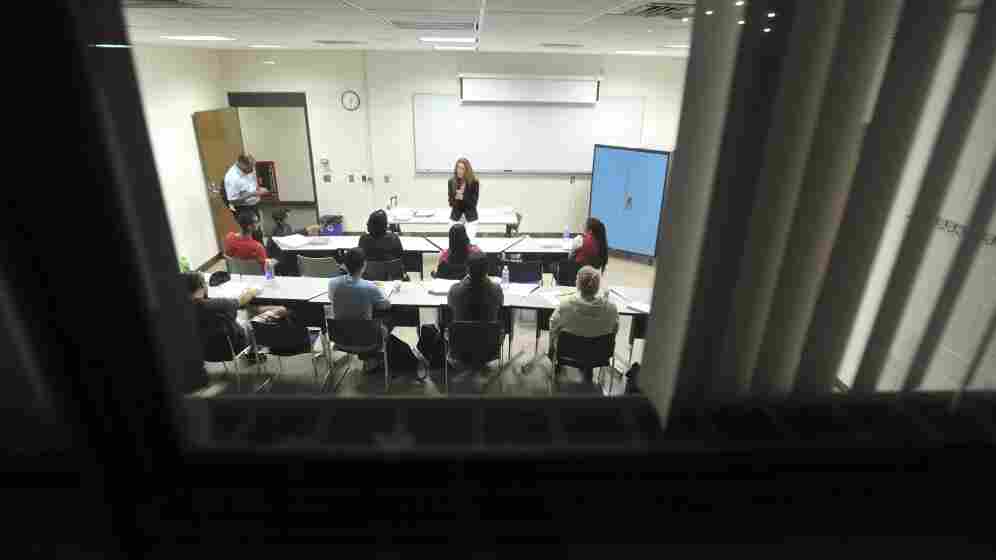 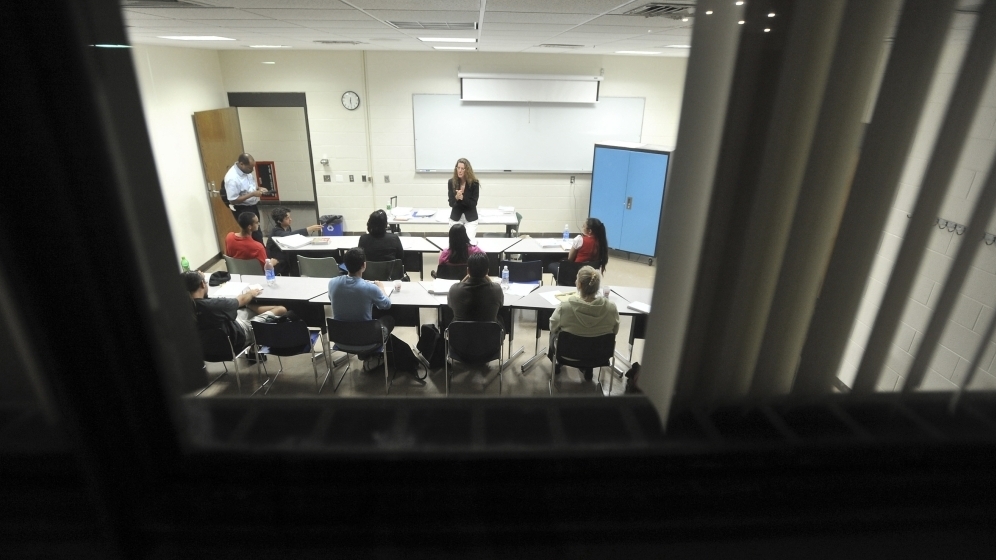 The Obama administration has touted community colleges as the one institution in higher education that can best adapt to the nation's economic realities and still deliver the education and training Americans so desperately need.

During a 2009 speech, President Obama promised $12 billion for community colleges. But they never saw any of that money because the president couldn't sell his plan to Congress.

Now the ongoing cuts in state funding for higher education are so deep that community colleges are struggling to deliver the very services they've been praised for.

Community college officials say the impact of state funding cuts has never been this bad.

"I don't know if the sky is falling, but the challenge we face right now is quite severe," said Noah Brown, president of the Association of Community College Trustees.

We know that in the coming years, jobs requiring at least an associate degree are projected to grow twice as fast as jobs requiring no college experience.

According to his organization, 43 states have slashed funding for higher education and financial aid for needy students.

Ivy Tech Community College, for example, and its 23 campuses in Indiana took a $10 million hit last year. Funding from the state dropped from $3,000 per student to $2,300.

Ivy Tech president Tom Snyder said a majority of those students, about 70 percent, are unemployed adults.

"We actually are educating the people that will help rebuild the economy," Snyder said.

To save money, Snyder said, his institution now relies almost entirely on part-time, adjunct faculty. It has also had to offer more of its courses online.

It's a bare-bones budget, but it's not nearly as bad as other places.

Across the country, many community colleges have capped enrollment, eliminated programs and courses, laid-off faculty and raised tuition anywhere from 5 percent to 32 percent.

Enrollment has skyrocketed, he said, because there are so many displaced workers seeking more education and training.

"I visited a college recently where they've increased the number of very early morning programs, as early as 5 a.m., and those courses are full," Brown said. "Another institution is running courses virtually 24/7, in [the] middle of the night, and they're finding a good number of students in those classes."

Layoffs, tuition increases and shoestring budgets are not what community college leaders envisioned.

"We know that in the coming years, jobs requiring at least an associate degree are projected to grow twice as fast as jobs requiring no college experience. We will not fill those jobs or even keep those jobs here in America without the training offered by community colleges," the president said.

There, Obama promised the $12 billion to help stabilize funding for community colleges. But lawmakers blocked most of it.

If community college leaders feel betrayed or upset that they didn't get more, Solis said she won't hear of it.

"What I will tell you is that the federal government is not right now in the position where we can address all the shortages in higher education," Solis said.

In other words, the federal government can only offer a Band-Aid, leaving community colleges to fend for themselves with state funding cuts as far as the eye can see.

Like most community college presidents, though, Tom Snyder of Ivy Tech is careful not to sound too critical of the Obama administration. After all, he said, $2 billion is better than nothing.

"While it's disappointing we didn't get a larger amount, I think it's a sea change that community colleges now are on the national agenda, that you do speak of them in the same breath as we talk about the recovering workforce," Snyder said.

But with deeper budget cuts looming in 2011, all the praise and attention in the world won't mean very much if community colleges have to shut their doors to the people who've come to depend on them.