Accessibility links
Lessons Linger 25 Years After Challenger Tragedy The explosion of the space shuttle Challenger in 1986 "was a trauma to the nation's psyche," says Sen. Bill Nelson, a former astronaut. But NASA and the American public have learned a few things about space science since then. 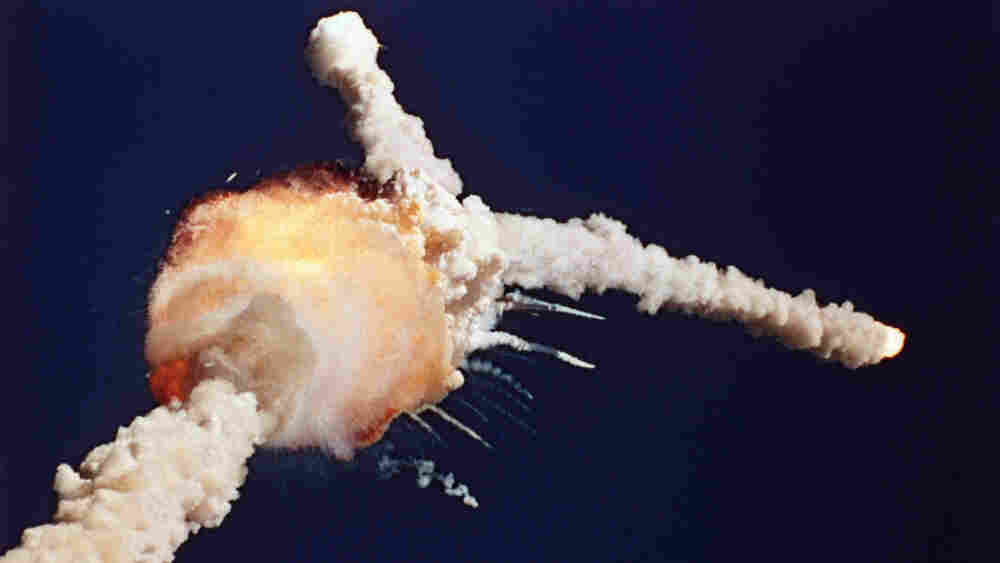 Twenty-five years ago, an event occurred that is seared into the memory of most Americans: About a minute after liftoff, the space shuttle Challenger blew apart, killing all aboard, including teacher-astronaut Christa McAuliffe.

The first time it blew up, it was such a shock, because most people thought it would never ever happen. But once you get the idea that spacecraft sometimes have catastrophic events, then it becomes less of a shock.

The day started off innocently enough. It was unusually cold in Florida that day, but NASA managers decided to attempt a launch anyway. As a subsequent investigation made clear, the cold temperature made O-rings, which were intended to contain hot gases, fail on the solid rocket boosters.

President Ronald Reagan was scheduled to deliver his State of the Union speech on Jan. 28, 1986, but Challenger changed those plans.

"Today is a day for mourning and remembering," the president said in a speech broadcast to the nation. "Nancy and I are pained to the core by the tragedy of the shuttle Challenger. We know we share this pain with all of the people of our country. This is truly a national loss."

'Trauma To The Nation's Psyche'

"It was a huge shock to the American people because the space shuttle had come to represent our entire technological prowess," says Sen. Bill Nelson. In 1986, he was Rep. Bill Nelson, but he was also an astronaut. His mission aboard the space shuttle Columbia had ended just 10 days earlier.

Nelson says it was shocking enough just to think about what happened to Challenger. "And when people suddenly saw on their television screens, that was played over and over, the close-up shot of those solid rocket boosters going off in different directions about 10 miles high in the Florida sky — this was a trauma to the nation's psyche."

The country had to revisit that trauma 17 years later. On Feb. 1, 2003, the space shuttle Columbia broke apart over Texas as it was returning from orbit. There were no iconic pictures from the Columbia accident — all you could see was a vapor trail streaking across the sky, and then some close-ups of bits of debris.

But shocking as it was, the second loss of a space shuttle didn't hit the country in the gut the way the first one did.

"The first time it blew up, it was such a shock because most people thought it would never ever happen," says Jon Miller, a professor at the University of Michigan who studies public attitudes toward science. "But once you get the idea that spacecraft sometimes have catastrophic events, then it becomes less of a shock." 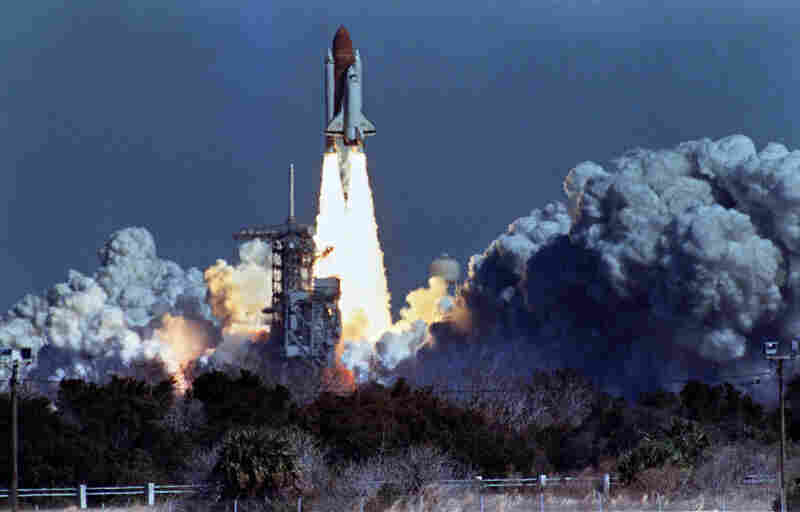 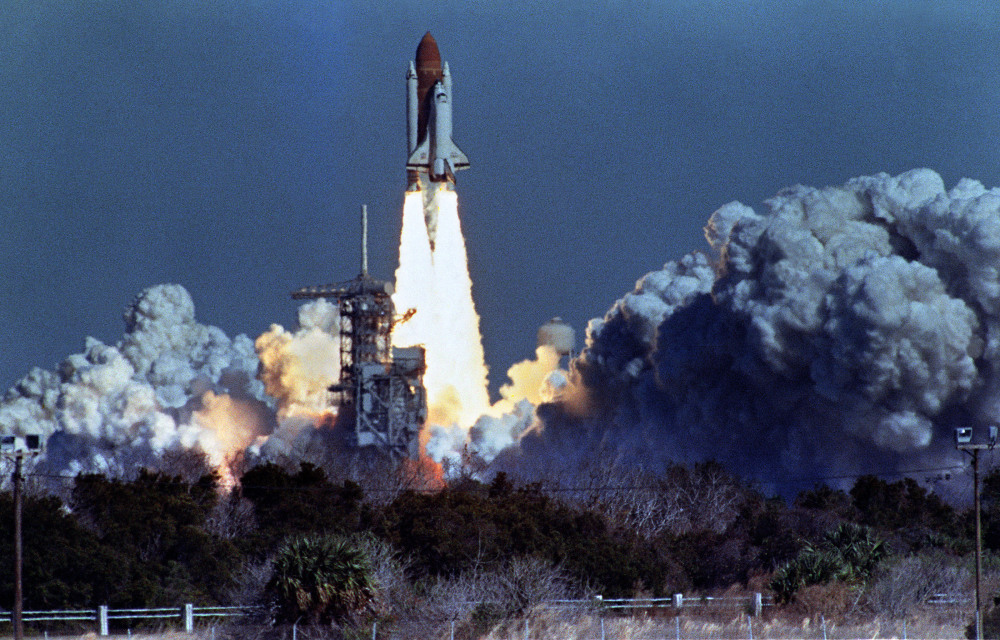 The space shuttle Challenger lifts off Jan. 28, 1986, from Kennedy Space Center. Seventy-two seconds later, at an altitude of 10 miles, the shuttle exploded, killing its crew of seven.

Nelson agrees: "That's why the Challenger destruction seemed to affect day to day Americans a lot more than Columbia did years later." He says the arrogance of NASA managers and their inattentiveness to legitimate safety questions was in part responsible for both accidents — managerial problems he believes the agency no longer suffers from.

Bruce Lewenstein, a professor of science communications at Cornell University, thinks the long-term impact of Challenger may be in how it changed the way Americans view science. He says NASA had always been the "good news" agency, freely sharing scientific findings with journalists. But after Challenger, everyone at the agency clammed up, including scientists.

He thinks journalists and the public came to understand that big science behaved like other big institutions — sometimes making mistakes and sometimes hiding the truth.

But Lewenstein says there was a positive legacy for NASA from the Challenger accident. When the Columbia accident occurred, the space agency certainly seemed to be more open about what was going on. That was a good move from a public relations perspective, he says.

Later this year the space shuttle fleet is to be retired permanently. NASA takes pains to remind people that space is still a dangerous place. And no doubt the agency is doing all it can to make sure President Obama doesn't have to make the same kind of speech his predecessors did before the shuttle program comes to an end.