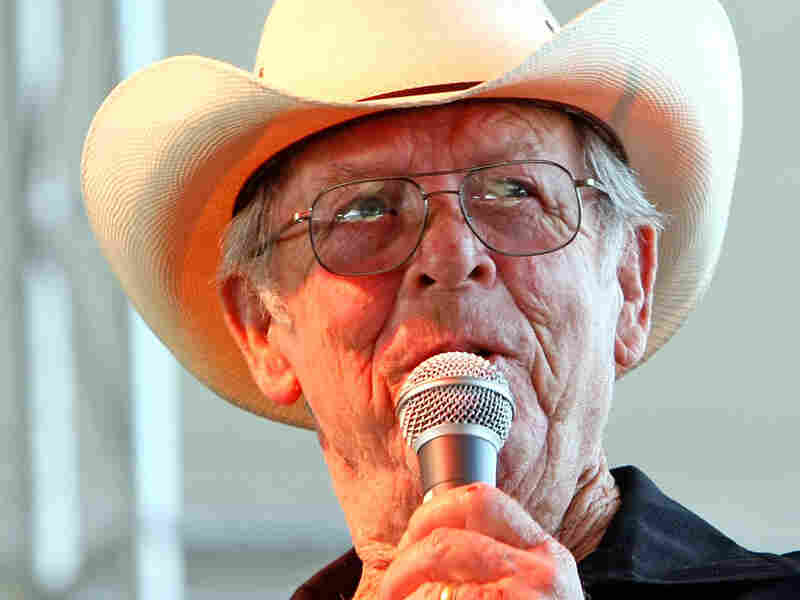 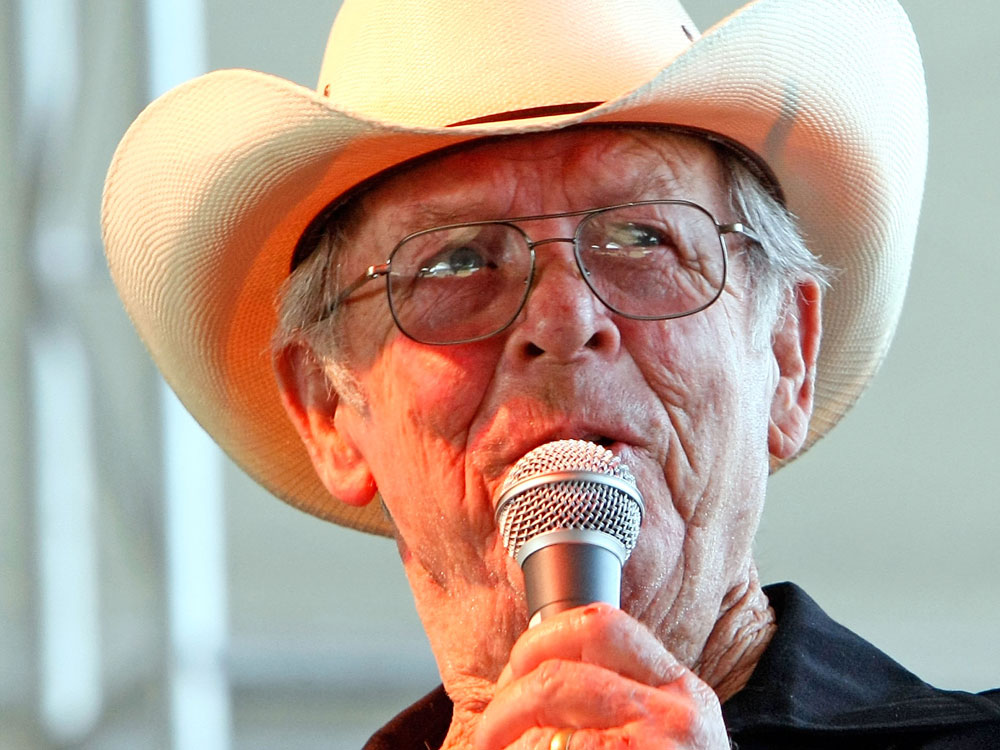 Singer Charlie Louvin performs during the Stagecoach Country Music Festival on May 4, 2008.

Country singer Charlie Louvin, half of the legendary Louvin Brothers, died Wednesday after a battle with pancreatic cancer. He was 83. Louvin spoke to Terry Gross in 1996 about his decades in the music business and his relationship with his brother Ira, who died in a 1965 car accident.

Elvis opened for them. The Everly Brothers were inspired by their harmonies. The Byrds, Emmylou Harris and Elvis Costello recorded their songs.

The Louvin Brothers, Ira and Charlie, were considered among the all-time great vocal harmony duos in country music. Their songwriting and tight harmonies inspired countless country acts, as well as musicians who straddle the country-rock line.

The Louvins were popular at the Grand Ole Opry and well-represented on the country-music charts from the late '50s until the mid-'60s, when the pair split up. Ira, the older brother, was killed in a car accident soon after, in 1965.

But Charlie Louvin continued to record, releasing nearly 20 albums over the course of four decades. Both Charlie and Ira were inducted into the Country Hall of Fame in 2001. In 1996, Charlie Louvin spoke to Fresh Air host Terry Gross when he released his album The Longest Train, telling her that he still finds it difficult to sing without his brother providing harmony on his tracks.

"I'd always believed that any song worth singing is worth putting harmony on," Louvin said. "And, of course, I had gotten used to that for the 23 years that my brother and I had worked together. And even today ... when it comes time for the harmonies to come in, I will move to my left because my brother and I always used to use one microphone, and so you had to share the mic. And, even today, I will move over to the left to give the harmony room, knowing in my mind that there's no harmony standing on my right. But it's just old habits are hard to break."

On Working Out Harmonies With His Brother, Ira

"My brother adapted a harmony that he thought sounded good, and it was always good enough for me. ... If it was obvious that the song was going to get too high for me to sing in a certain place, my brother would just automatically take that high lead and I would do the low harmony. We didn't have to step on each other's foot or wink or bump shoulders to do this. It was just something that you knew was going to happen in the song, and you'd go ahead and change to a part that you was capable of doing. "

On His Brother Ira's Drinking Habit

"He was extremely well-versed on the Good Book, as far as knowing what was right or wrong. He just wasn't able to conquer the devil, I guess. But we didn't have any major problems with the drinking until, I'd say, end of 1958. The Louvin Brother records, the sales slowed down, as all other country artists did in 1958 because the music was changing. And so our producer told my brother, 'I believe that it's the mandolin that's keeping the Louvin Brother records from selling,' which had always been a featured part. My brother worked hard to become proficient on the mandolin. And when this producer, namely Ken Nelson, said this to my brother, my brother, feeling that Mr. Nelson was a close friend and a trusted friend, he believed him. And so he would never play his mandolin again on a recording after that statement. If it would come up, somebody would say, 'I think this would sound good with a mandolin,' my brother would say, 'No, let the piano do it,' or 'Let the guitar do it. Anybody, but I'm not doing it.' And it caused him to drink extremely heavy. And between then and the time he passed away, he went through three wives and just lots and lots of problems that he never could whip."

"Gram Parsons also recorded 'Cash on the Barrelhead.' And the biggest favor that Gram Parsons ever did for The Louvin Brothers was when he introduced Emmylou Harris to the Louvin Brothers sound. He played this song for her — I don't know exactly which song it was — but her remark was, 'Who is that girl singing the high part?' And Gram said, 'That's not a girl. That's Ira Louvin.' And so Emmylou did a big favor for the Louvin Brother music catalog. I guess it's about 500 songs in all, and she recorded five or six of them, which I appreciate. I know Ira would've, too."