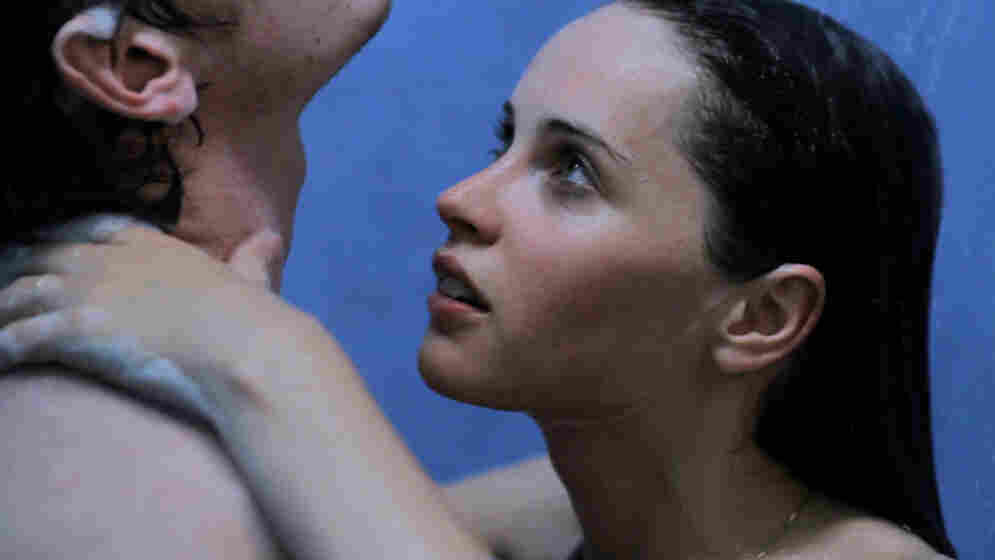 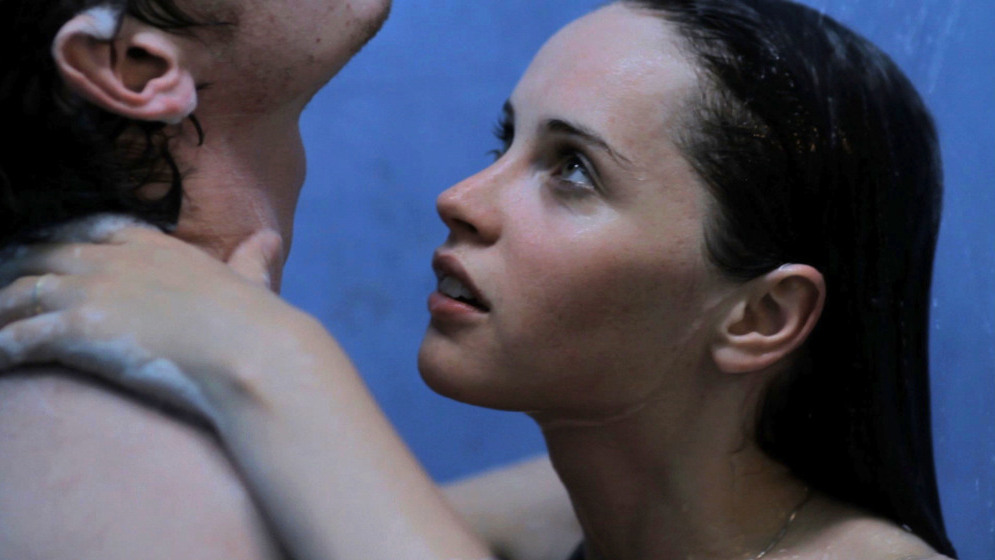 'Crazy' Talk: Anton Yelchin and Felicity Jones — and their largely improvised romantic drama Like Crazy — are one of the hottest topics at this year's Sundance Film Festival.

With just a few days to go at the Sundance Film Festival, the deal-making pace is picking up. And as critic Kenneth Turan reports on Thursday's Morning Edition, business has been pretty strong.

"Like Crazy was the subject of a bidding war," Turan tells host Steve Inskeep. Negotiations, Turan heard, went on all night — and in the end Paramount emerged with rights to the Drake Doremus romance. It stars Felicity Jones and Anton Yelchin as a Brit college student and the American guy she falls for. Visa issues? Yeah, they crop up.

And Turan says audiences might want to mark their calendars to see what happens then.

Credit Doremus' improvisational approach: "He starts with two typed pages of information for each scene, and then the actors improvise off of this detailed outline."

And don't underrate Turan's enthusiasm: "I am not a fan of improvisation, but this film really makes this approach work." 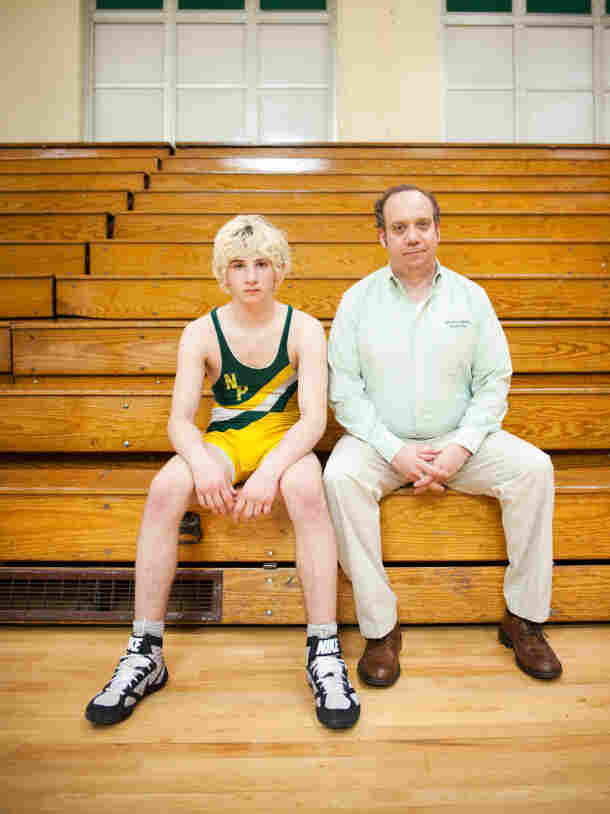 Alex Shaffer and Paul Giammatti in Win Win, about a lawyer moonlighting as a wrestling coach and the compromises he makes to keep his family afloat. Sundance Film Festival hide caption 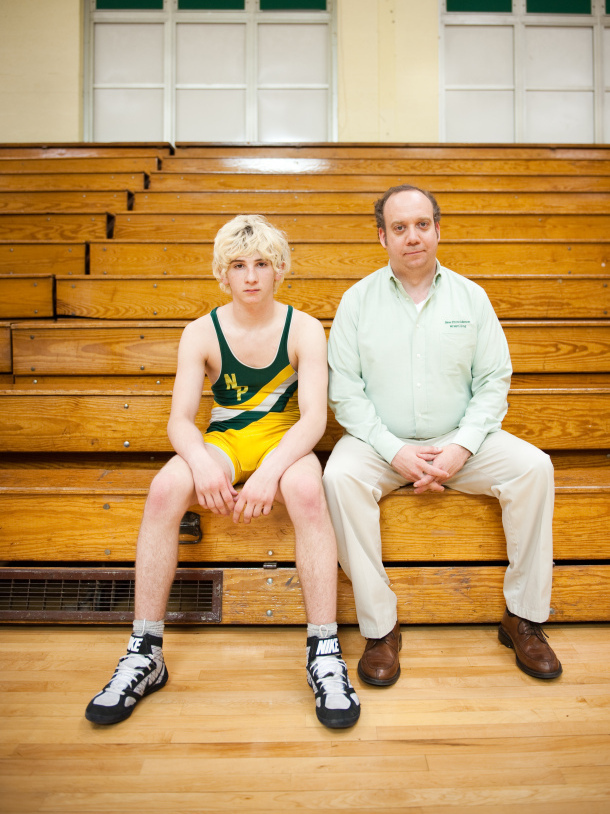 Alex Shaffer and Paul Giammatti in Win Win, about a lawyer moonlighting as a wrestling coach and the compromises he makes to keep his family afloat.

Win/Win About a lawyer (Paul Giammatti) "who cuts a moral corner and comes to feel that maybe this wasn't such a great idea." From director Tom McCarthy (The Visitor, The Station Agent) — a filmmaker who's "in love with the deliciousness of human complexities."

Buck A documentary about the real-life guy who inspired The Horse Whisperer. Turan: "He says, 'People have horse problems, and I end up dealing with the horse's people problems.' "

The Redemption of General Butt Naked Not a Judd Apatow film, but a quite serious documentary about the onetime Liberian warlord who went by that odd nom de guerre. Responsible for the murder of thousands, he went through a conversion experience and became an evangelical Christian. Co-directors Eric Strauss and Danielle Anastasion followed him for five years, and their film "doesn't really take sides," Turan says."It just presents this man — and this is a very unusual man." 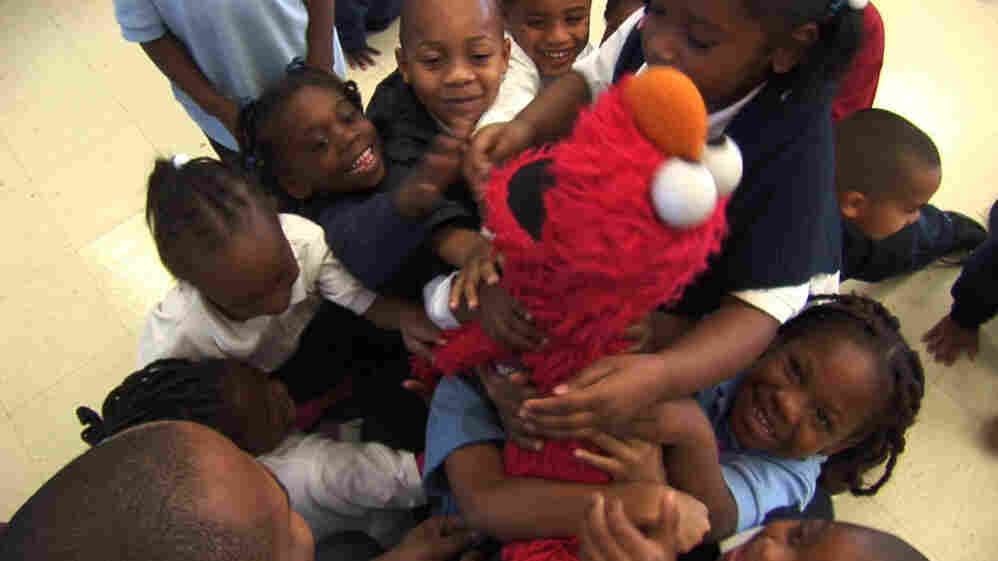 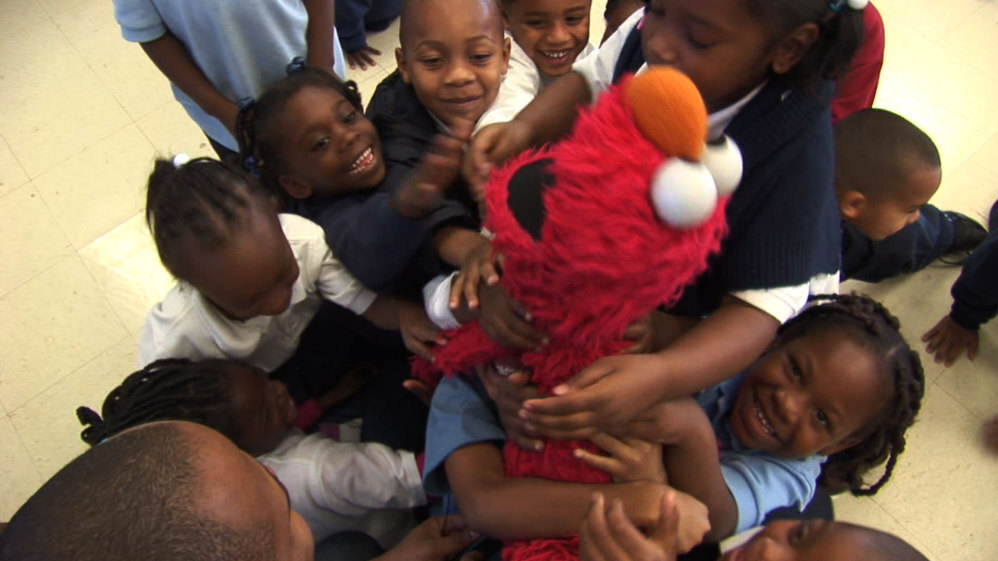 More Sundance intel reached us a little earlier in the week, when All Things Considered host Michele Norris checked in with Turan's Los Angeles Times colleague Steven Zeitchik, who's also been covering the festival in Park City. (He's on Twitter here.)

They talked a bit about Like Crazy, too — "not quite as gritty as Blue Valentine, which is really a pretty hard-hitting look at a relationship that's falling apart," Zeitchik says, but "it does get at some of the same issues."

But they spent most of their time on documentaries, always a Sundance strength. (Read on, or listen to the All Things Considered story here.)

Becoming Chaz How Chaz Bono — the man who was once Cher's daughter Chastity Bono — managed the gender transition. "The sort of story you thought you knew but really didn't," Zeitchik says, "and kind of a more heartfelt film than you'd expect." (There's more detail in his L.A. Times reviewlet.) The movie's had the Sundance crowds talking, and it's been picked up for the new OWN network by the queen of all media herself.

Being Elmo "A sort of a nostalgic look" at the puppeteer behind the ticklish Muppet. "Again, if you're sort of looking to fill the softer end of the doc spectrum, that certainly does it," Zeitchik says.

To Hell and Back An Afghanistan documentary from director Danfung Dennis "that kind of continues in that sort of same spirit as Restrepo."

Reagan Director Eugene Jarecki (Why We Fight) takes on the Great Communicator; it's "a fairly straight-ahead look at our president during much of the '80s, and [it] kind of comes to some surprising conclusions," Zeitchik says.

Senna The Brazilian race car driver Ayrton Senna gets a big-screen profile. (Who? Why? Let Slashfilm's Germain Lussier fill you in: "an interesting origin, a rise to the top, a bitter rivalry, backstabbing, politics, triumph, defeat, life, death, heroes, villains — you name it and Senna lived it.") And you needn't be a Formula One junkie to find it thrilling: "The movie is so gripping, you can't help but be moved by it by the time it's all over," Zeitchik says. "And I think that movie is going to get a nice commercial release."