Accessibility links
Don't Call U.S. Gun Violence 'War,' Longtime Police Officer Says At least 14 police officers have been killed in the line of duty this month; many more have survived gunshots. But a longtime police officer says the media and his colleagues should think twice about calling it a "war" between police and criminals. 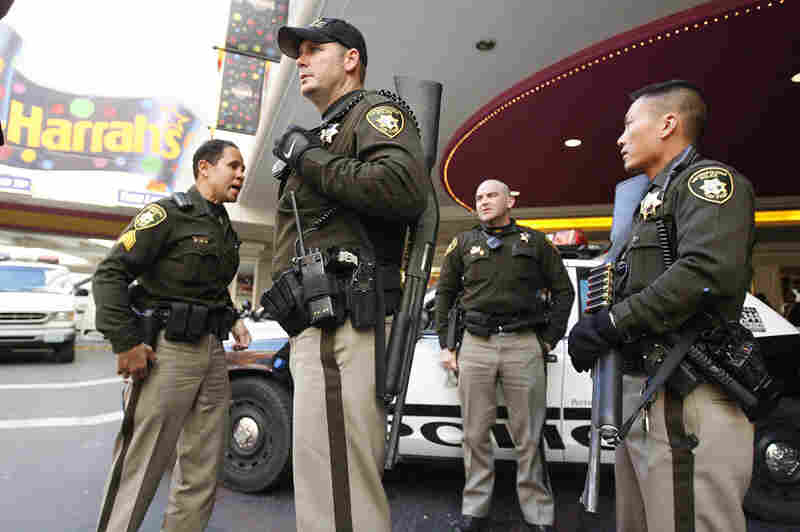 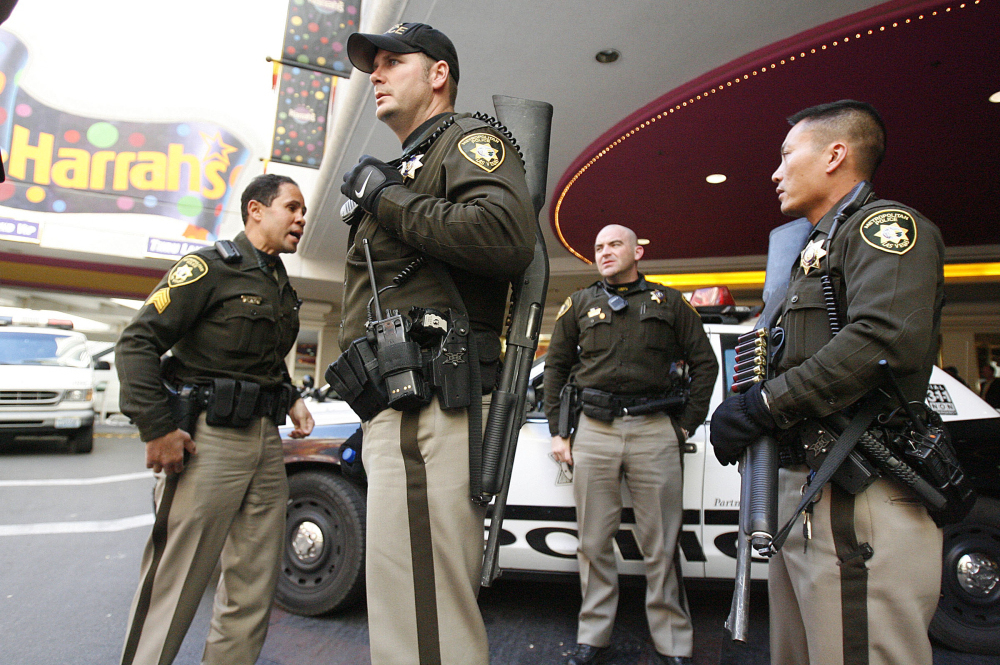 Nationwide, at least 14 police officers have been killed in the line of duty this month — and many more have survived gunshots.

But that doesn't mean there's a "war" between police and criminals, says Sgt. Norman Jahn, a 20-year veteran of the Las Vegas Police Department.

"The approach we have to take cannot be like the military," Jahn tells NPR's Steve Inskeep.

"We are civilian police," he says, noting that the situation in Las Vegas and other U.S. cities is far from what it is in parts of Mexico or Afghanistan.

"We do not have anywhere near that environment in America," Jahn says.

That was the idea behind a letter Jahn wrote to his local paper, which had just run a series on police training that played up the combat-like aspects of some of the exercises.

Here's an excerpt of his letter to the editor:

The Las Vegas Metropolitan Police Department may be "fighting a war" with regard to public perception right now (and your recent series of "Cop 101" stories on the police academy probably didn't help), but we are not "fighting a war." Professional American soldiers are fighting wars — professional civilian police officers must keep their focus on serving and protecting our communities and taking steps to maintain trust.

And while he doesn't want to minimize the tragic losses that some police departments and families have suffered, Jahn says that public perception of the police, and how they do their jobs, is crucial to that trust.

"I think we face a greater danger in indoctrinating employees — especially our newer employees — into the mindset that it's us versus them," he says.

As an example, Jahn notes that an officer who comes upon someone firing a weapon in public shouldn't think first about returning fire — but instead, they should do everything they can to ensure the safety of people in the area.

In his 20 years on the force, Jahn has seen some violent episodes — in 2006, he was awarded a Medal of Honor for showing bravery during a shooting that turned into a standoff at Harrah's casino hotel. 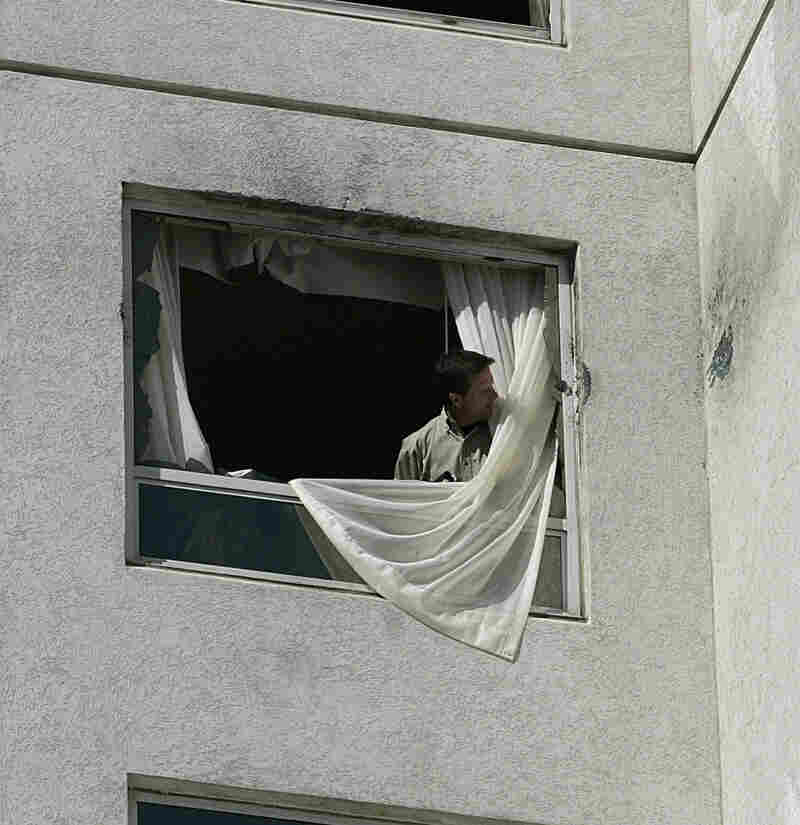 Police blasted out the 20th-story window at Harrah's to see what was going on inside. Police negotiated with the suspect, trying to get him to surrender, but eventually, police officers had to enter the room. Jae C. Hong/AP hide caption

Jahn was with a group of officers who found a severely wounded victim in the hotel's hallway. The suspect had barricaded himself in a room nearby. After pulling the victim out of harm's way and evacuating the floor, a SWAT team was called.

"The SWAT team was able to blow out the window from the outside, so that the snipers could see what was going on inside," Jahn says.

For a long time, the police negotiated with the man, trying to get him to surrender and leave the room. But eventually, police officers had to enter the room.

"He had a gun, and they took him into custody. And I think he got 28 years in prison."

Asked if the police had fired their weapons during the ordeal, Jahn says, "No, we did not."

The officers had no idea who else was in the room with the suspect, he says. "It's not as easy as it looks in the movies," Jahn says.

But that's not to say police officers approach violent situations with a passive attitude. Nationwide, departments are adjusting their training to help them cope with "active shooters" who go on rampages, or even with terrorist attacks.

"But we don't have acceptable casualties," Jahn says. "The top priority of the police department in America is to avoid police officers and citizens dying, if we can prevent that."