Accessibility links
The State Of The Union, In Your Words Just as president finished his State of the Union speech, we asked our listeners to describe his address in three words.

The State Of The Union, In Your Words

The State Of The Union, In Your Words

Right after President Barack Obama finished his State of the Union address, we asked our listeners to describe his speech in three words. We received responses from more than 4,000 of you. We've run them through a word cloud generator and this is what all of you said: 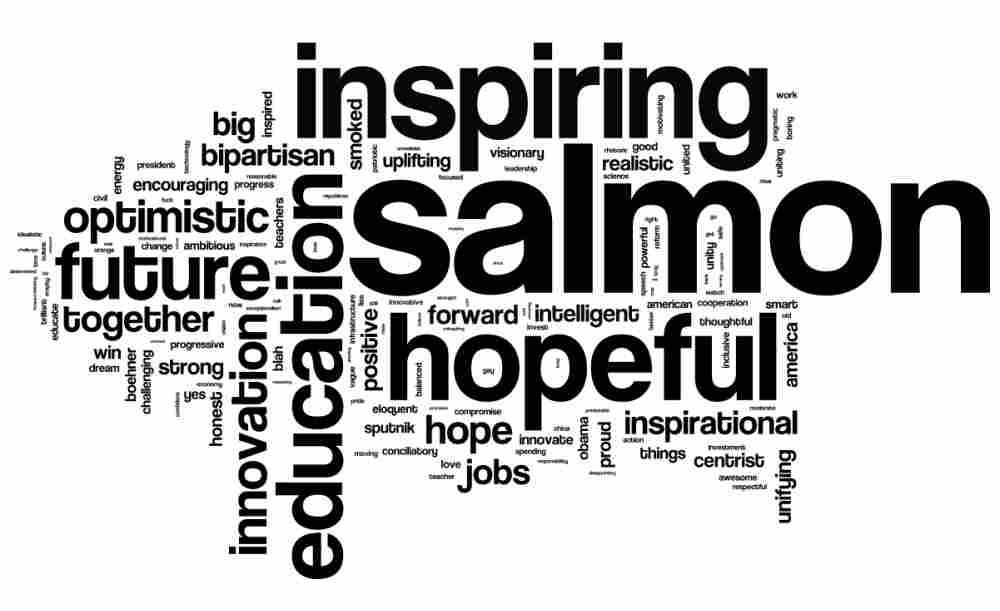 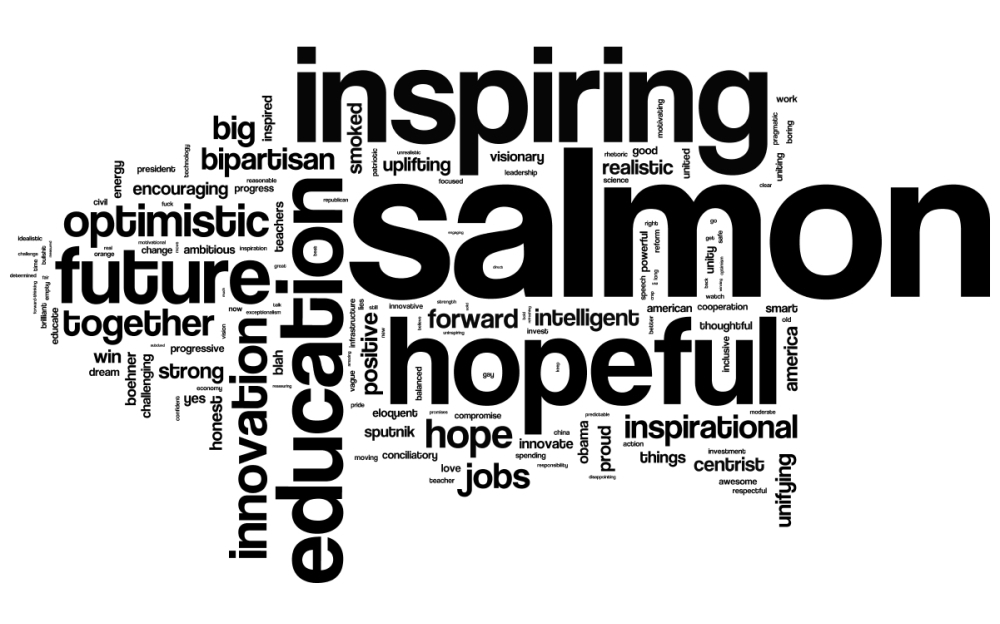 Update at 8:15 a.m. ET, Jan. 26: Why is "salmon" so big? As The Two-Way explains, NPR's Facebook followers were referring to one of the night's humorous moments — when the president joked about the complicated and convoluted way the government regulates salmon.

"The Interior Department is in charge of salmon while they're in fresh water, but the Commerce Department handles them when they're in saltwater," Obama said. "I hear it gets even more complicated once they're smoked." That last line drew big laughs from lawmakers in the Capitol.

We also asked listeners about their political affiliation. This is how those who identified as Independents saw the speech: 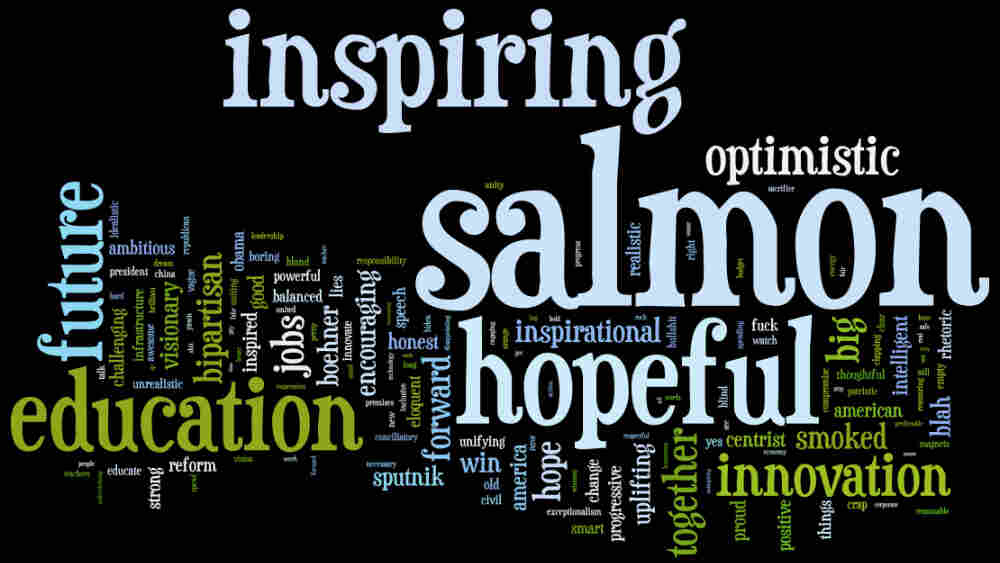 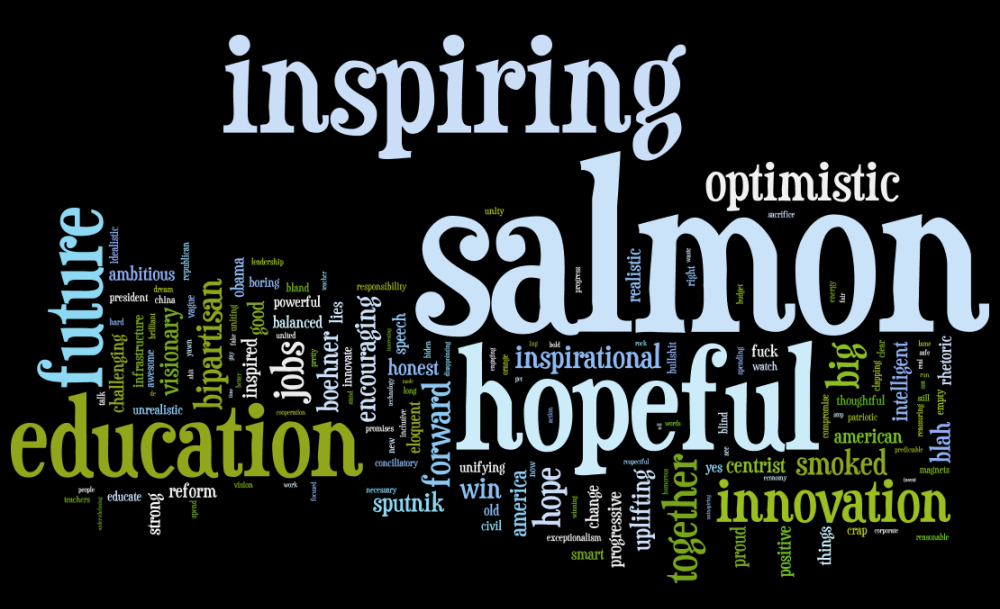 This is how those who identified as Republicans saw the speech: 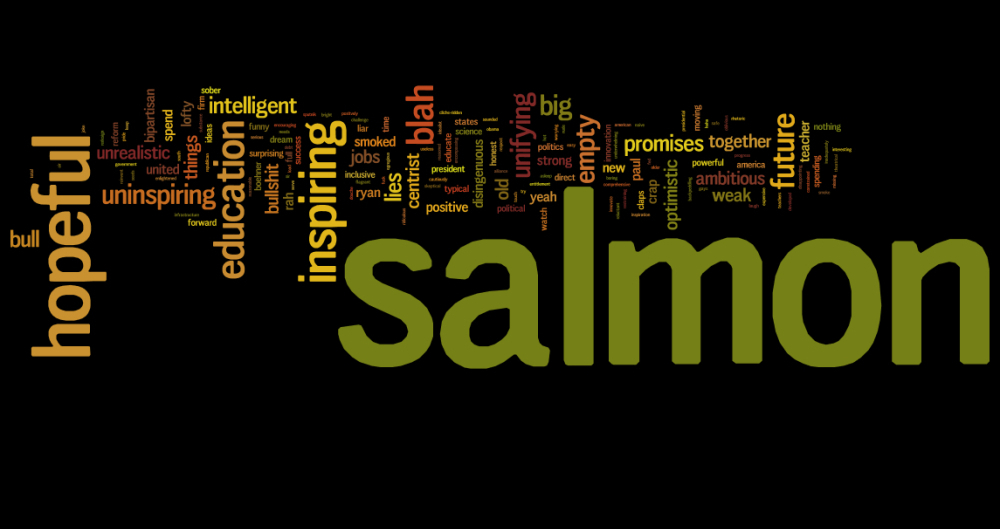 This is how those who identified as Democrats saw the speech: 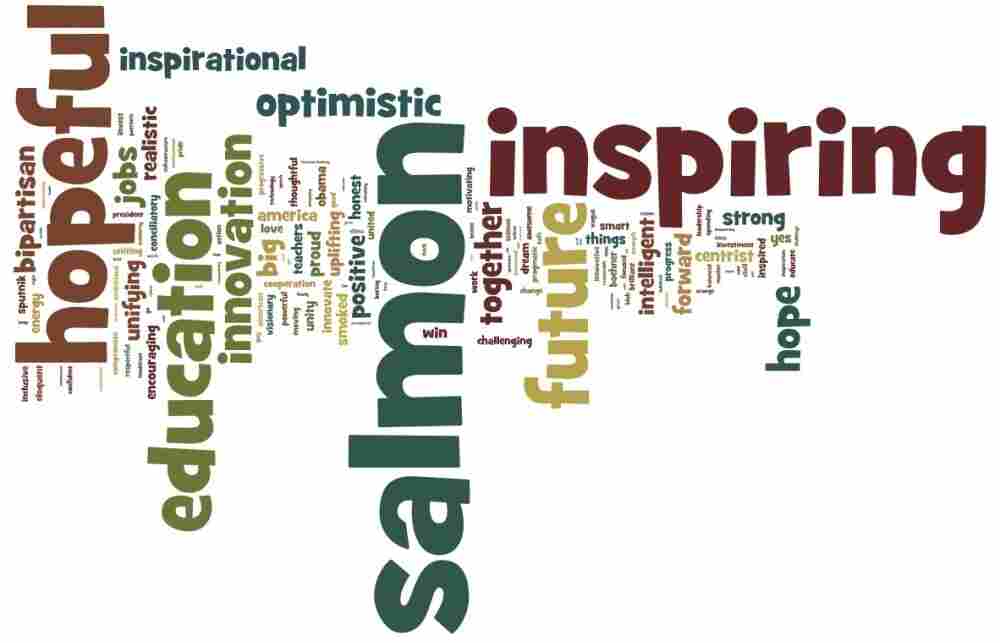 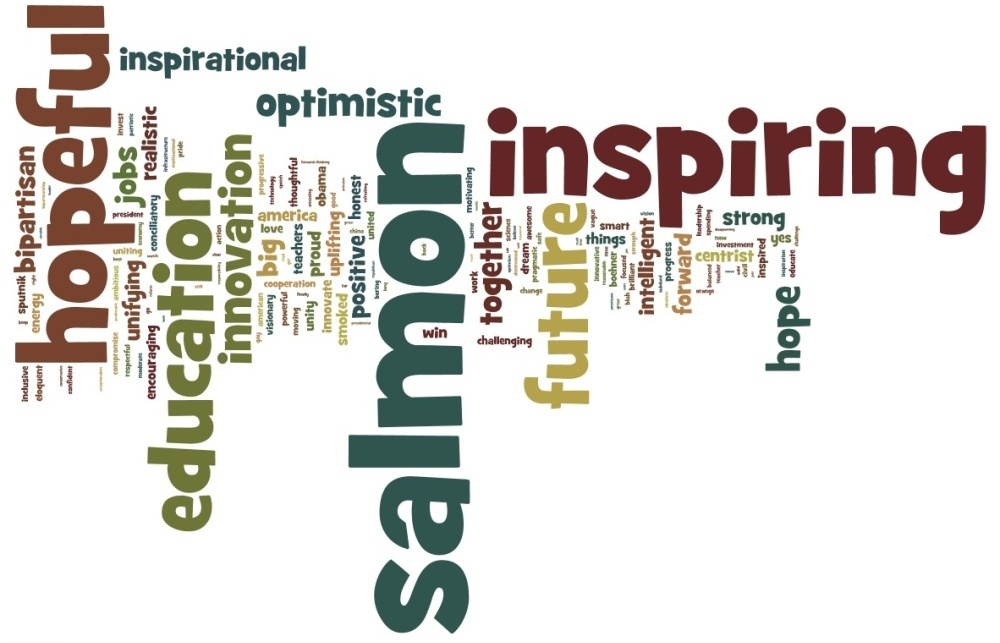