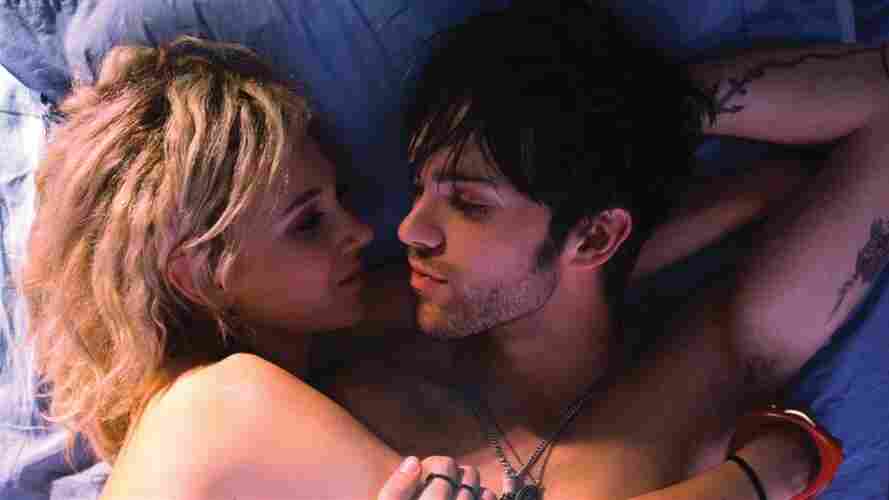 Frontal male nudity and a cheerfully ambisexual hero notwithstanding, Gregg Araki's candy-colored, screwball collegiate sex-comedy, Kaboom, seems for a good long while like it's aimed pretty squarely at mainstream audiences.

In the '90s, Araki was that form's most reliably outrageous bad boy since John Waters, cranking out hip, often lurid provocations — tales of high-school experimentation (Totally F——d Up, Nowhere, The Doom Generation), angry road trips involving male hustlers and movie critics (The Living End) — that were celebrated on the festival circuit but couldn't get much traction commercially.

A few years ago, when Mysterious Skin, his emotionally rich adaptation of Scott Heim's haunting novel of adolescent pain, became a substantial art-house hit both here and in the U.K., Araki briefly seemed on the point of establishing himself with a broader audience. Then he made a frankly commercial flick — the stoner comedy Smiley Face — and those hopes fizzled. 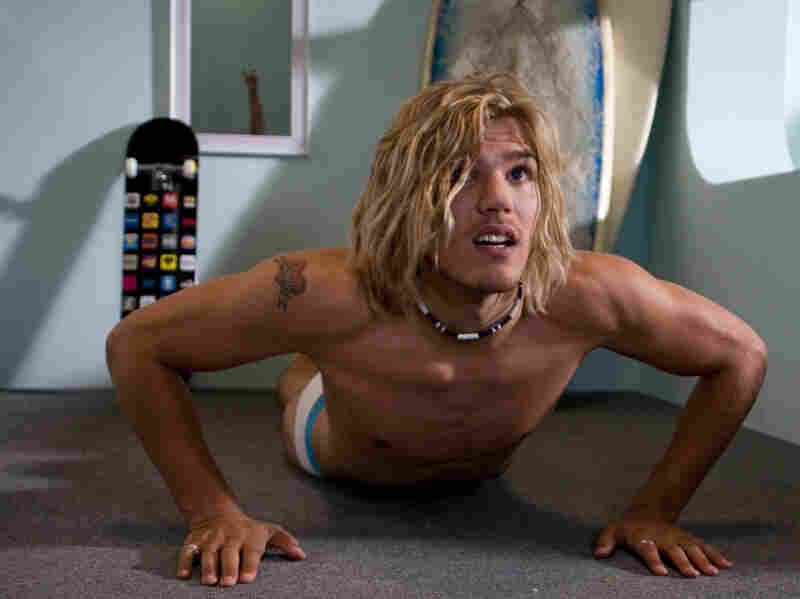 Thor (Chris Zylka), who moves in with Smith, is a dim-witted object of desire for the 18 year-old ambisexual. Marianne Williams/IFC Films hide caption 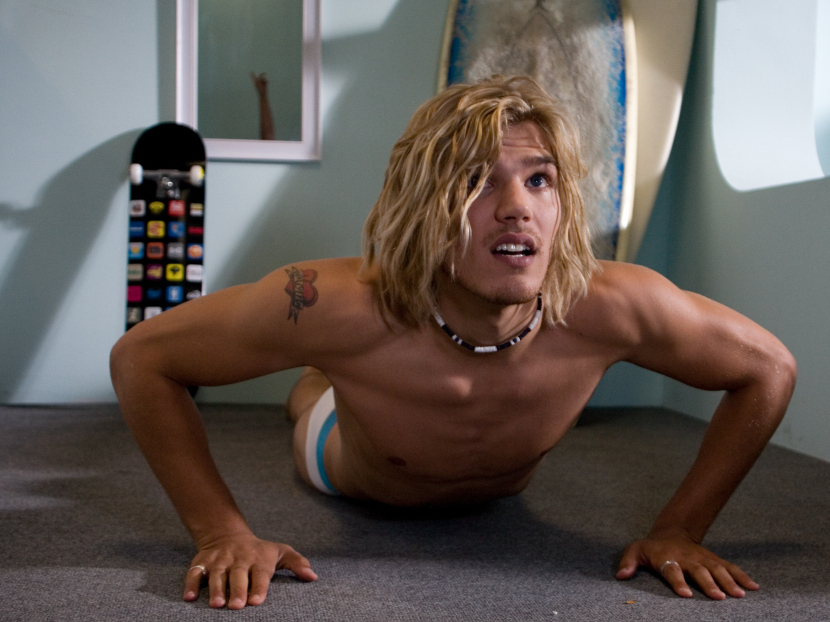 Thor (Chris Zylka), who moves in with Smith, is a dim-witted object of desire for the 18 year-old ambisexual.

Happily, Kaboom mostly fizzes. It centers on Smith (Thomas Dekker), a dreamy, awkward, quasi-cherubic cinema-studies major who calls himself sexually "undeclared". And so he is: He'll hop into bed with a British cutie (Juno Temple) even as he lusts after both his dim, straight surfer-dude roomie (Chris Zylka) and a strapping hot-tub designer (Jason Olive) he meets at a nude beach. For moral support and snarky rejoinders, Smith looks to a sardonic gal pal (Hayley Bennett), who's starting to think her own girlfriend (Roxane Mesquida) is a real witch. Like, um ... literally.

Once that supernatural plot line kicks in, Kaboom develops a Buffy the Vampire Slayer vibe (though even gayer, if you can imagine), with cults, conspiracies, demonic frat boys in animal masks and an abruptly apocalyptic kicker that isn't particularly satisfying, but certainly makes sense of the title.

Along the way to that over-the-top conclusion, though, Araki orchestrates a giddy, hyper-sexual teen fantasy that's in the style of his earlier films, but better written. Kaboom's one-liners are snappy, knowing, and unexpected — "Dude, that's a vagina, not a bowl of spaghetti" — and its visual jokes (a closet full of color-coordinated flip-flops) are similarly hip.

And though the narrative goes haywire in the last half-hour, it even does that intriguingly. Where straighter, more straightforward collegiate comedies tend to turn sophomoric in their later stages, this one turns freshmanic. Seriously fresh, seriously manic.