Accessibility links
With The Retiring Shuttle Fleet, Private Space Companies Plan For The Worst With the space shuttle program on its final flights, NASA may soon turn to private companies to build and transport astronauts and equipment to space. But if a deadly accident happens, who's ultimately responsible, and how will the public respond?

As NASA somberly marks the 25th anniversary of the space shuttle Challenger accident, the agency is looking ahead to the retirement of its aging space shuttle fleet later this year. The next astronauts to travel to space may go instead by private spacecraft designed and owned by commercial companies.

But a deadly accident like Challenger could have serious ramifications for the fledgling commercial space industry as it tries to take over the job of ferrying astronauts up to low Earth orbit and the International Space Station.

Any accident would probably result in a long investigation and spaceflights being grounded — after Challenger and Columbia, it was years before the shuttles flew again. What would that do to a private company?

"But you can imagine that any company in that situation would have a lot of pressure on it," says Bowersox.

NASA would also be under scrutiny, even if it didn't own the spacecraft carrying its astronauts, says Ed Mango, who heads the space transportation planning office at Kennedy Space Center in Florida.

For a few years after the space shuttles become museum exhibits, NASA astronauts will get to space on Russian Soyuz capsules. But Mango says that by around 2015 or 2016, it's possible that astronauts could be riding on the outer space version of rental cars — spacecraft designed and owned not by NASA but by private companies.

Even if that happens, though, "the responsibility for the mission is still ultimately accountable to NASA," Mango says. "And if the vehicle does not fly right, then we will be held accountable for what has happened." 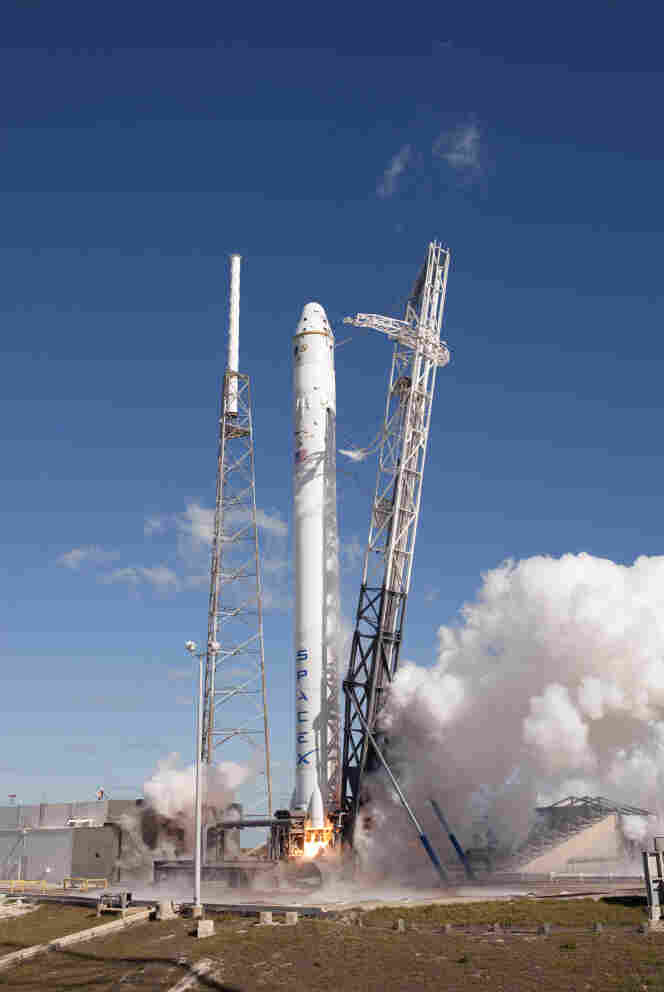 The SpaceX Falcon 9, carrying a Dragon capsule, lifts off the launch pad at Launch Complex 40 at Cape Canaveral on Dec. 8, 2010. NASA hide caption 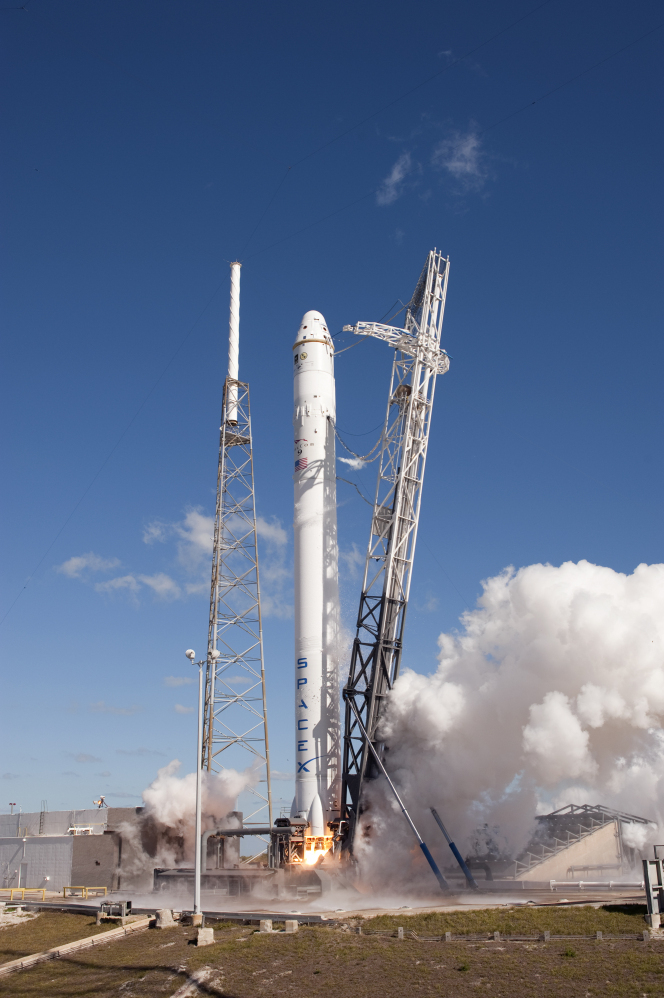 The SpaceX Falcon 9, carrying a Dragon capsule, lifts off the launch pad at Launch Complex 40 at Cape Canaveral on Dec. 8, 2010.

So NASA has been preparing a list of safety standards that a private spaceship would have to meet before any NASA astronaut climbs onboard. Some space industry watchers have criticized a draft of these standards as being too onerous.

But Bowersox says his company is just glad to finally get this guidance from NASA.

"Safety is our No. 1 priority at SpaceX when it comes to building our rockets," he says.

An unmanned test version of the SpaceX capsule has already launched, orbited Earth and returned as planned. If the company has a number of successful missions carrying cargo, people could be next.

And just because the SpaceX rocket ship is designed to be cheap, that doesn't mean it won't be safe, says Bowersox. "Let's look at a Ferrari and a Honda Civic," he says. "They're greatly different in cost, but would you say that the little economy cars are less safe or more safe than the Ferrari?"

Other companies, such as Orbital Sciences Corporation of Virginia, also hope to soon offer crew launching services for NASA.

Mango says government officials are discussing what might need to be done to ensure that a commercial space company could financially survive the aftermath of a disaster, if NASA had come to depend on its launch services for astronauts. "In general, we are looking at that," says Mango. "We don't have a solution that's pounded flat. We are looking at it."

It's unclear how the public would feel about a major disaster with a private spaceship, if people started riding them. John Logsdon, a space policy expert with George Washington University, says if an accident occurred during some of the first commercial trips up, it might create doubt about whether private companies can really manage the risks of human spaceflight

"But if it's three years in to a regular service, I think it would be, not exactly ho-hum, but more akin to an aircraft accident than a space accident," says Logsdon.

After all, these private space companies wouldn't be boldly exploring a new frontier, as NASA used to. They'd just be providing a kind of commuter flight to the space station.

"Yes, there are risks involved, but there is nothing written in stone that says the government can manage those risks better than the private sector," says Logsdon.