Accessibility links
Mubarak's Changes Don't Quell Protests Egyptian President Hosni Mubarak named his intelligence chief as his first-ever vice president on Saturday, setting the stage for a successor as chaos engulfed the capital. But soldiers made no moves against protesters, even after a curfew came and went and the crowds swelled in the streets, demanding an end to Mubarak's rule.

With protests raging, Egypt's president named his intelligence chief as his first-ever vice president on Saturday, setting the stage for a successor as chaos engulfed the capital.

Fighting For Freedom In Egypt, With Dignity

Fighting For Freedom In Egypt, With Dignity

Expert: Protests In The Region Linked

Expert: Protests In The Region Linked

Saturday's fast-moving developments across the North African nation marked a sharp turning point in President Hosni Mubarak's three-decade rule of Egypt. At least 70 people have been killed since the protests began Tuesday. Some 2,000 were reported injured.

Tanks and armored personnel carriers fanned out across the city of 18 million Saturday, guarding key government buildings, and major tourist and archaeological sites. Among those singled out for special protection was the Egyptian Museum, home to some of the country's most treasured antiquities, and the Cabinet building. The military closed the pyramids on the outskirts of Cairo — Egypt's premier tourist site.

But soldiers made no moves against protesters, even after a curfew came and went and the crowds swelled in the streets, demanding an end to Mubarak's rule and no handoff to the son he had been grooming to succeed him.

"This is the revolution of people of all walks of life," read black graffiti scrolled on one army tank in Tahrir Square. "Mubarak, take your son and leave," it said.

Thousands of protesters defied the curfew for the second night, standing their ground in the main Tahrir Square in a resounding rejection of Mubarak's attempt to hang onto power with promises of reform and a new government.

Before naming Omar Suleiman his second in command, Mubarak had been widely seen as grooming his son Gamal to succeed him — possibly even as soon as in presidential elections planned for later this year. However, there was significant public opposition to the hereditary succession.

Suleiman, 74, has been in charge of some of Egypt's most sensitive foreign policy issues, including the Palestinian-Israeli peace process and inter-Palestinian divisions.

In Washington, President Barack Obama issued a plea for restraint after meeting with national security aides Saturday to assess the Egyptian government's response to the protests, which threaten the stability of the country.

Obama offered no reaction to Mubarak's decision to name a vice president. But in a message posted on Twitter, State Department Spokesman P.J. Crowley said it was not enough for Mubarak to simply "reshuffle the deck and then stand pat." 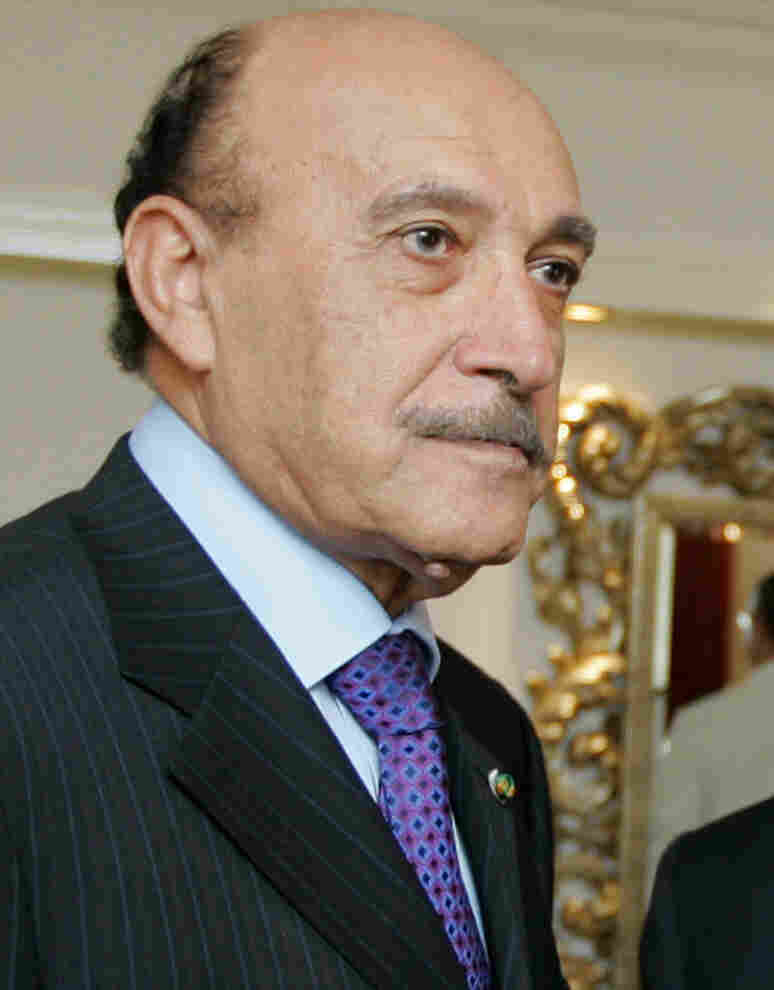 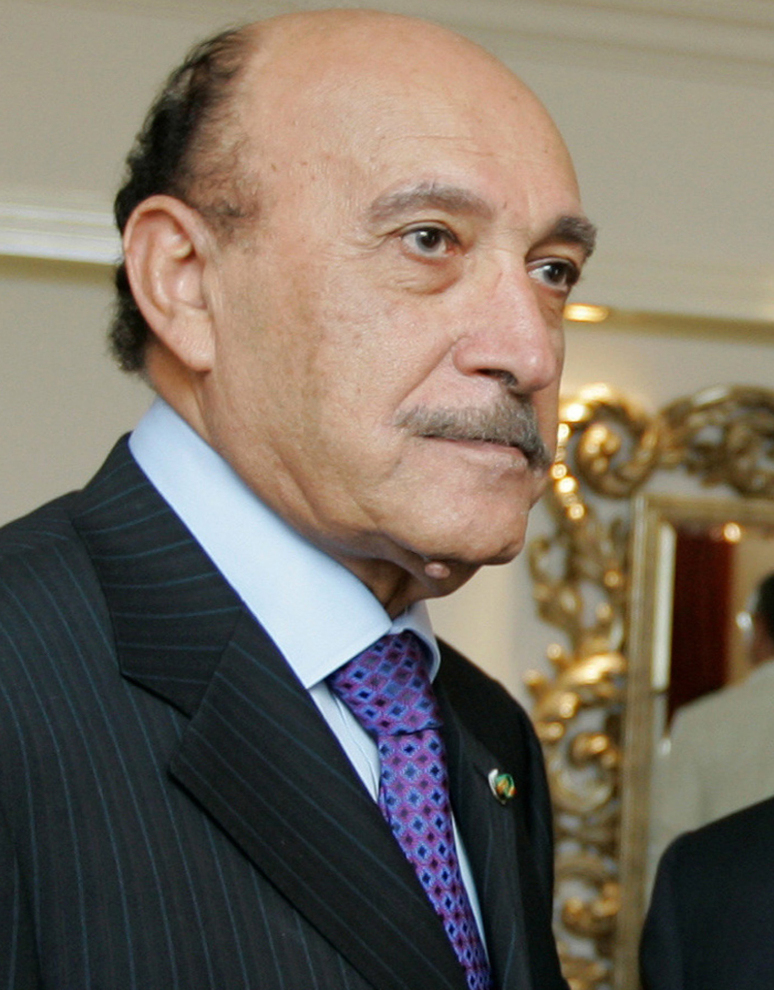 In major American cities Saturday, supporters of the protesters rallied in solidarity, calling for Mubarak to step down. Several hundred people gathered outside the United Nations complex in New York City, filled the street in front of the Egyptian embassy in Washington and marched through downtown San Francisco.

The protesters waved Egyptian flags and carried signs of support, such as "Egypt, We Hear You." They also said they want to keep pressure on the U.S. government to back the popular uprising.

Reports said police opened fire and killed at least three protesters as they tried to storm the Interior Ministry building. But protesters have been receptive to the army, cheering soldiers and welcoming them "like heroes," said NPR's Nelson. Many are standing on top of tanks with soldiers, as if they're on the same side though the army is still being deployed by Mubarak.

One army captain joined the demonstrators in Tahrir Square, who hoisted him on their shoulders while chanting slogans against Mubarak. The officer ripped apart a picture of the president.

"We don't want him! We will go after him!" demonstrators shouted. They decried looting and sabotage, saying: "Those who love Egypt should not sabotage Egypt!"

Some 200 inmates escaped a jail on the outskirts of the city, starting a fire first to cover their breakout. Eight inmates were killed during the escape.

President Mubarak asked for the resignations of his Cabinet members late Friday and promised to address protesters' demands, but he made clear that he intends to stay in power.

That didn't satisfy those still protesting on the streets of Cairo and in other cities.

"What we want is for Mubarak to leave, not just his government," Mohammed Mahmoud, a demonstrator in Cairo's main Tahrir Square said Saturday. "We will not stop protesting until he goes."

Omar Mohammad, who teaches engineering at Cairo University, also joined the throngs in the streets Friday.

"All people were out," he told NPR. "We see little girls, we see old men, we see illiterate people, we see ... educated people. Rich, poor — everybody was there, so it [gives] me the feeling that for the first time we're about to smell the breath of freedom."

As the protests entered their fifth straight day, the military extended a night curfew imposed Friday in the three major cities where the worst violence has been seen: Cairo, Alexandria and Suez. State television reported the curfew would now begin at 4 p.m. and last until 8 a.m., longer than the 6 p.m. to 7 a.m. ban Friday night that appeared to not have been enforced.

Internet appeared blocked for a second day to hamper protesters who use social networking sites to organize. After cell phone service was cut for a day Friday, two of the country's major providers were up and running Saturday.

After years of simmering discontent in this nation where protests are generally limited, Egyptians were emboldened to take to the streets by the uprising in Tunisia, another North African Arab nation.

But a police crackdown drew harsh criticism from the Obama administration and even a threat Friday to reduce a $1.5 billion foreign aid program if Washington's most important Arab ally escalates the use of force.

Stepping up the pressure, Obama told a news conference he called Mubarak immediately after Mubarak's TV address and urged him to take "concrete steps" to expand rights and refrain from violence against protesters.

"The United States will continue to stand up for the rights of the Egyptian people and work with their government in pursuit of a future that is more just, more free and more hopeful," Obama said.

Massachusetts Sen. John Kerry, a Democrat and chairman of the Senate Foreign Relations Committee, speaking on the sidelines of the World Economic Forum in Davos, Switzerland, said Saturday he believes Mubarak must address the issues that matter to the people of Egypt.

"Dismissing the government doesn't speak to some of those challenges," he said. "I think he's got to speak more to the real issues that people feel."