Accessibility links
Ladysmith Black Mambazo: Back To The Beginning The a cappella group Ladysmith Black Mambazo has been singing the story of South Africa for more than 40 years. On its latest album, the group has recorded an album of Zulu songs traditionally sung by parents to their children. 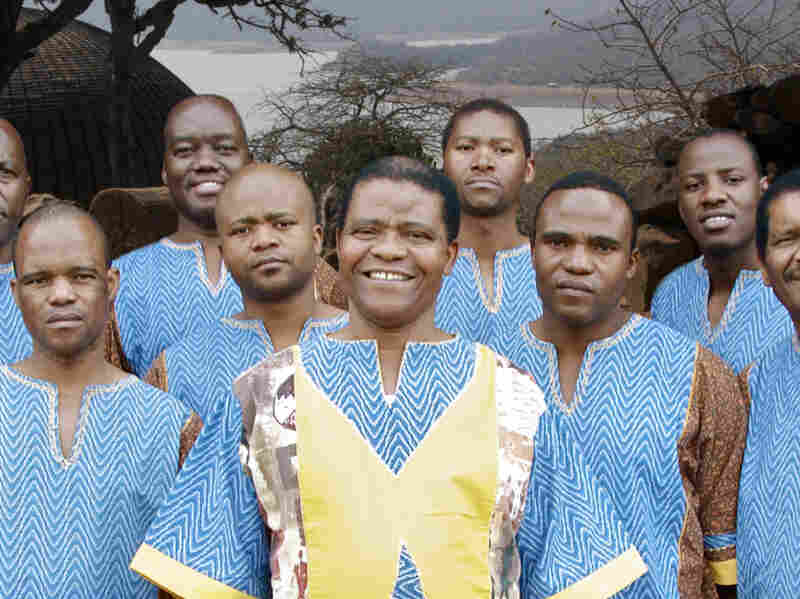 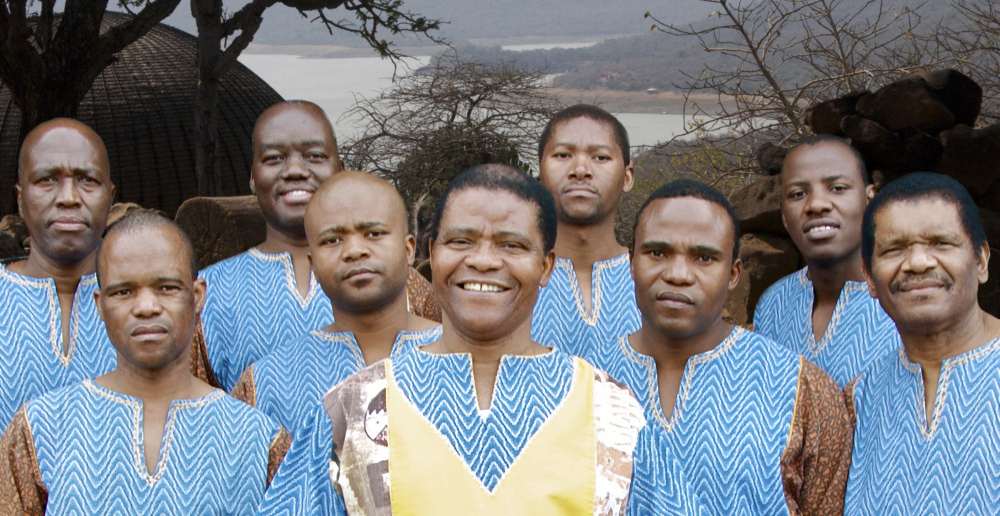 Ntulube (Away, You River Snakes)

Ladysmith Black Mambazo has been singing the story of South Africa for more than 40 years. The a cappella group gained worldwide fame when Paul Simon featured it on his 1986 album Graceland. Since then, it's performed with everyone from Stevie Wonder to Dolly Parton, and for everyone from the queen of England to the Pope.

Now, Ladysmith Black Mambazo is going back to the beginning. The group has recorded a new album, Songs From a Zulu Farm, which collects songs traditionally sung by Zulu parents to their children.

"There's such a rich, wonderful history. A personal history that comes from the group that's not always found in their CDs," Mitch Goldstein, the band's manager, tells Weekend Edition Sunday host Liane Hansen. "When we were sitting down and talking about the next project they wanted to work on, I suggested that they share with their audience — with their fans — their personal side.

"I've been to the farms where they grew up outside of Ladysmith [a town in KwaZulu-Natal province, South Africa]," Goldstein says. "When I'm there with Joseph [Shabalala], the founder of the group, and Albert [Mazibuko], they share stories of their childhood and the songs and what their parents used to teach them."

One of those songs, "Imithi Gobakahle (Children Come Home)," gives the children a warning of approaching weather.

"It's for when the storms come," says Mazibuko, an original member and cousin of Shabalala. "It's a warning song. It's when we call the children to come to a safe place."

Another example of this can be found in "Ntulube (Away, You River Snakes)."

"This is a song we used to sing when we are going swimming," Mazibuko says. "When we have another creature we don't want to share the water with, like snakes, frogs. It works all the time."

The songs on Farm have been teaching generations of children in Ladysmith.

"When my grandmother told me about the songs, she said that their parents were singing the same songs to them," Mazibuko says. "Because in our culture, we learn something from other people and they take it down to the next generation."

At 69, Shabalala still tours with the band to support Songs From a Zulu Farm. Goldstein says Shabalala remains adamant about performing and traveling with Ladysmith Black Mambazo.

"Albert on the stage, every night, announces that the group was formed almost 50 years ago by Joseph," Goldstein says. "They do the arithmetic and marvel at how old he must be."

At this point, Goldstein says he doesn't see Shabalala doing anything else.