Accessibility links
'Lolita' Author Nabokov Was Right About Butterflies Vladimir Nabokov wrote classics like Lolita, but he was also an avid butterfly watcher. Astonished biologists say some of his theories about butterfly migration have turned out to be absolutely correct. 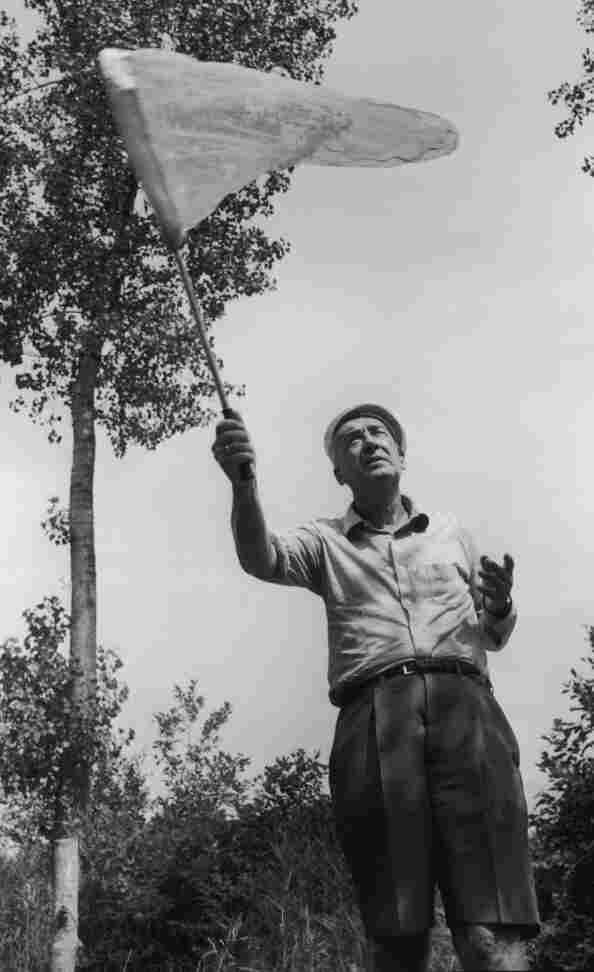 Writer Vladimir Nabokov said that, were it not for the Russian Revolution in 1917, he would have pursued butterflies as a career. (Photo by Horst Tappe/Hulton Archive/Getty Images) Horst Tappe/Getty Images hide caption 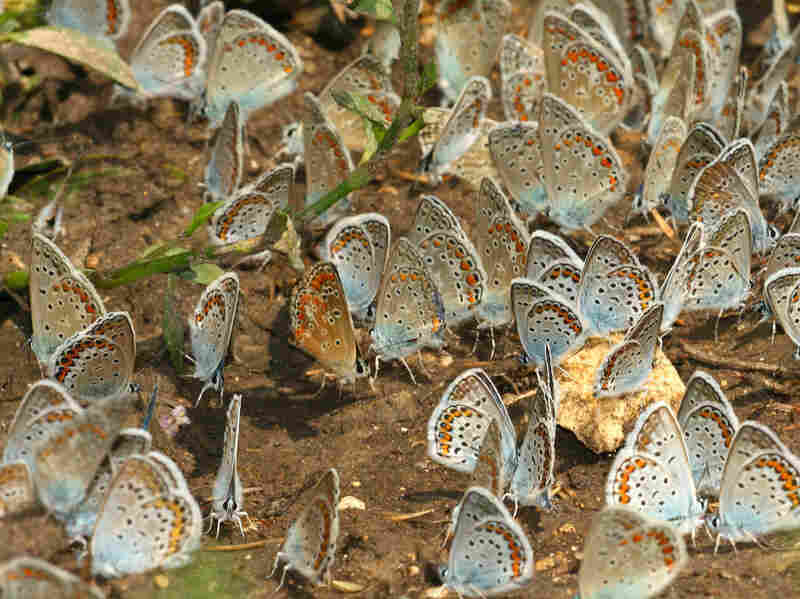 A group of Polyommatus blue butterflies gathering on humid soil. Prof. Pierce and her colleagues used modern DNA testing to confirm Nabokov's theories about how these butterflies got to South America. Vlad Dinca hide caption 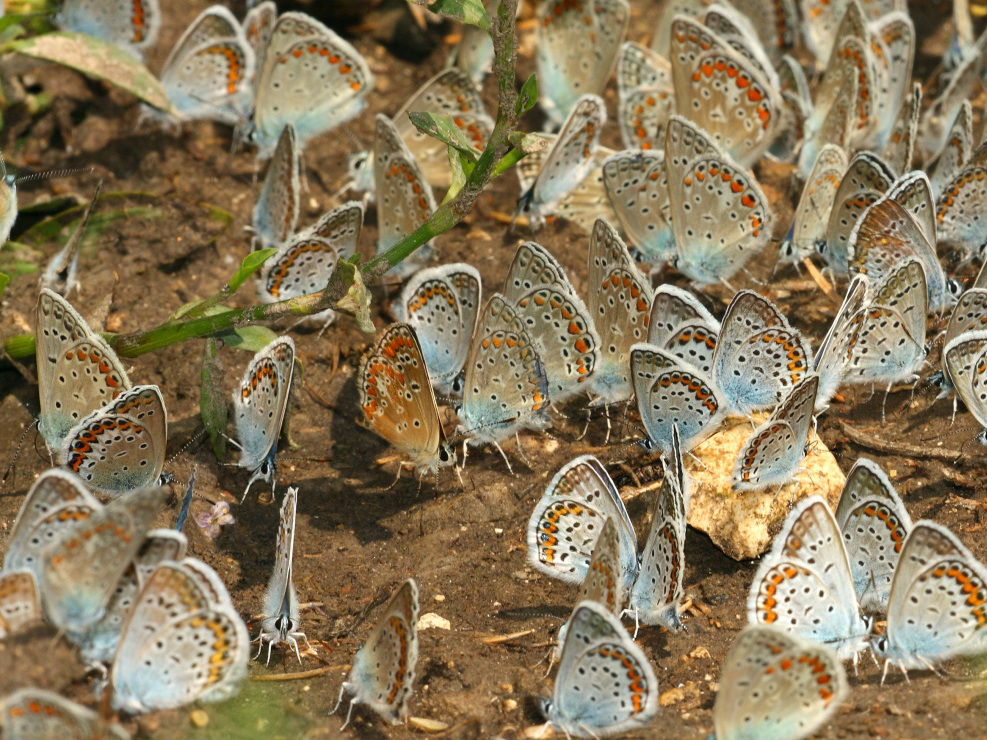 A group of Polyommatus blue butterflies gathering on humid soil. Prof. Pierce and her colleagues used modern DNA testing to confirm Nabokov's theories about how these butterflies got to South America.

Vladimir Nabokov is best known for penning classics like Lolita and Pale Fire, but he was also pretty handy with a butterfly net.

Nabokov was a talented amateur lepidopterist. So good, in fact, that he was appointed to a research fellowship at Harvard University in the 1940s, where he ended up in charge of the butterfly collections. It was there that Nabokov came up with a theory that Harvard biology professor Naomi Pierce was astonished to find to be true.

An Asian Butterfly In South America

Nabokov's particular specialty was a group of South American butterflies called the Polyommatus blues, which at the time were not well-understood by the American scientific community. In 1945, Nabokov published a paper laying out a very complex theory about the origins of these blue butterflies.

"He believed that they came from ancestors in Southeast Asia," Pierce tells Weekend on All Things Considered host Guy Raz.

Pierce is the curator of Lepidoptera at the Harvard Museum of Comparative Zoology — essentially the same job Nabokov held more than 60 years ago.

In the paper, Nabokov laid out how these butterflies left Southeast Asia and came across the Bering land bridge and down into South America in five waves, beginning about 11 million years ago. The paper was written with the flair of a fiction author.

Nabokov didn't have access to modern molecular technologies; he arrived at his theory after painstaking hours spent at the microscope studying butterfly genitalia. But when Pierce and her colleagues recently decided to use DNA testing to examine those theories, they were astonished at their findings: Nabokov had been right. About everything.

"I was blown away," Pierce says, "because he made these five predictions about what our time traveler would see, and he was spot-on correct about all of them."