Accessibility links
Chaos At Cairo Airport As Evacuations Begin Many countries and businesses are evacuating their people from Egypt this weekend as ongoing protests against President Hosni Mubarak are overshadowed by the growing chaos and roaming bands of looters and vandals. 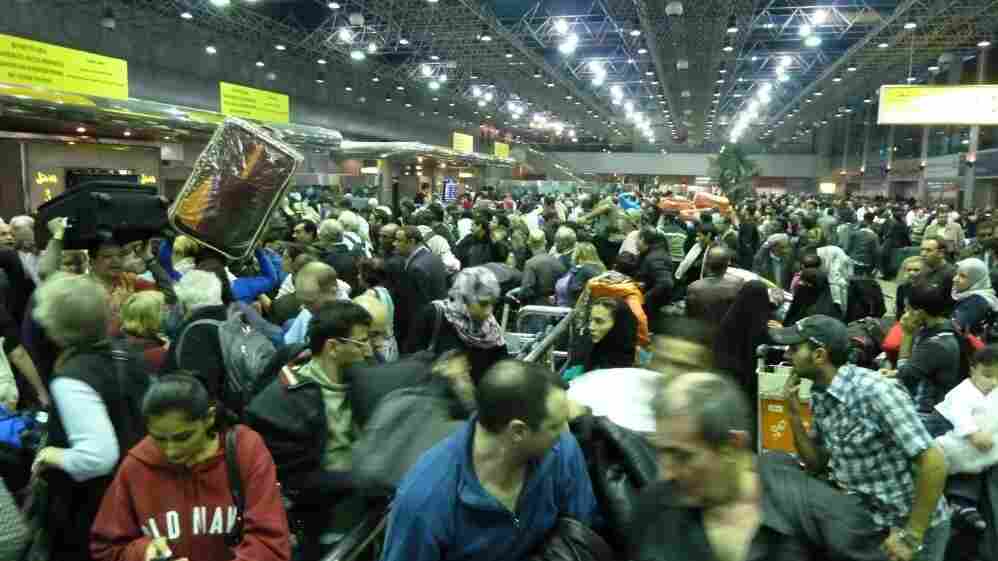 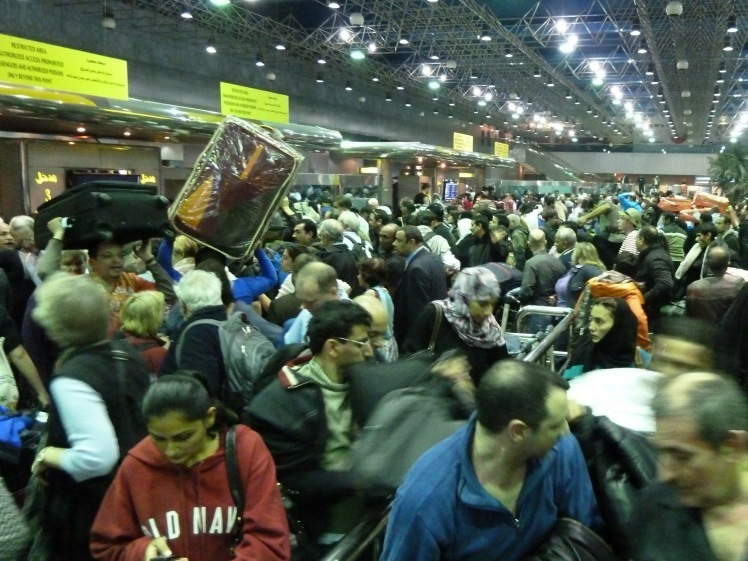 Many countries and businesses are evacuating their people from Egypt this weekend as ongoing protests against President Hosni Mubarak were overshadowed by the growing chaos and roaming bands of looters and vandals.

Traffic was backed up a mile outside of Cairo's main airport. Taxis and vans with suitcases piled on the roofs jockeyed for a better place in line. The terminals were equally chaotic.

Hundreds of passengers couldn't get inside because of the crowds. They rolled their suitcases into a long queue that extended into the parking lot.

Dutch citizen Else Leegte said her husband's company called them last night, telling them to pack light and get to the airport. She said all she took with her were important papers and her laptop.

Leegte says she doesn't even know where the jet the company chartered is taking them, other than somewhere in Europe.

New Zealander Angela Hey said her husband, Owen, works for Shell Oil, which also ordered the families of employees to leave on Saturday. She and their 13-year-old son, Nathan, and 11-year-old daughter, Rebecca, were being flown to Amsterdam, where Hey said they will try and figure out what to do next.

She says they didn't want to go.

"We've got some good friends that are still here," she said. "My driver, my maid, I mean they have to stay behind. I'd like to think well come back very soon."

The many Egyptians standing in line appeared less optimistic. Dozens pushed trolleys packed with multiple suitcases bursting at the seams because they planned to stay away for a long time.

Mariam Asaad is one who will be gone for at least a year. The 20-year-old pharmacy student hails from the Cairo neighborhood of Heliopolis, where Mubarak has his presidential palace. But she says she, her brother and their father were flying to Australia because they feel unsafe with thieves and thugs breaking into their neighbors' homes.

"You know there's no policemen, there's nothing in Egypt at the moment," she said. "It's just horrible."

Asaad said it was a hard decision as they were forced to leave her mother and other relatives behind because they couldn't get a visa.