Accessibility links
La Lupe: A Performer Ruled By Instinct, Ecstasy When La Lupe, the "Queen of Latin Soul," peaked in the 1960s, she was a regular at the Palladium Club and played Madison Square Garden. By the late 1980s, she was on welfare with no fixed address. Critic Milo Miles says a new retrospective album redeems the forgotten singer. 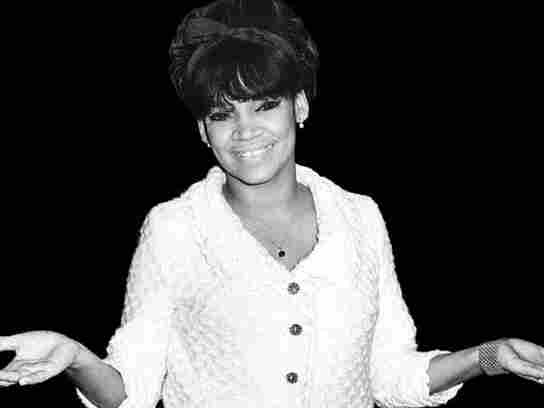 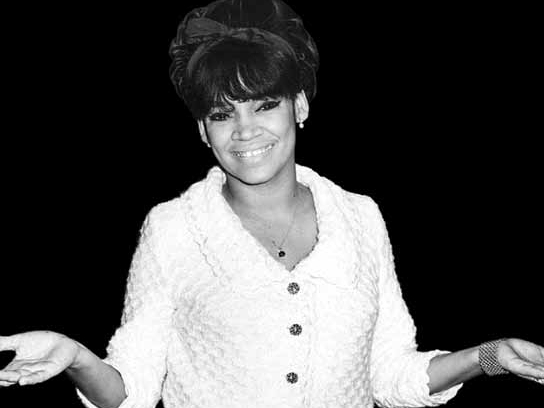 The story of Guadalupe Victoria Yoli Raymond, known as La Lupe, is a poignant tale of a performer ruled by instinct and ecstasy. First, she was the right talent at the right place at the right time — and then, all too soon, she wasn't. Before long, the one-time sensation was cast aside by the music industry, and is now all but forgotten.

La Lupe has never been given as thorough and carefully selected a retrospective as the two-disc anthology Puro Teatro. If there's any cultural justice, it should redeem her completely. She was much more than a wild woman — she was a whole gang of them at once.

At first, she kept catching lucky breaks. Born in either 1936 or 1939 in southern Cuba, La Lupe won a singing contest and soon was performing with popular regional bands. She made two LPs under her own name in 1960 and 1961. But Fidel Castro wasn't into a female singer who cackled and shouted, jiggled and twitched, tore at her clothes and hair and sometimes threw shoes at her band. So she had to go — and eventually she wound up in New York.

Some of La Lupe's eccentricity comes across by comparing the two versions of "Fever" on the anthology Puro Teatro. The second, 1968, English-language version is the only one I knew. It's fun and forceful, though straightforward and a bit careful.

But the first version, from her 1960 Cuban debut album, is strange — and all about the singer. It's now my favorite "Fever," after Little Willie John's original.

In the mid-'60s, La Lupe caught another big break when one of the Mambo Kings, Tito Puente himself, decided her vocals were not "screaming," but a way to catch the rising wave of soul shouts going on at the time. Puente coached La Lupe into a still-fiery but more sophisticated way to deliver boleros, or ballads, as in "Que Te Pedi," her first and biggest hit with Puente.

Sadly, La Lupe was not designed to be the chick-singer change-of-pace for a big band. Ego conflicts and her increasing temper tantrums in 1968 led Puente to exchange La Lupe for the more conventionally professional and reliable Celia Cruz. With the firm support of Tico Records' Morris Levy, La Lupe went solo. 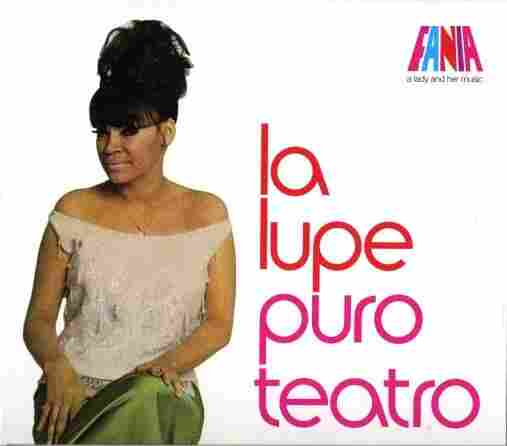 A revelation of Puro Teatro is how many styles she could make her own. Early in her career, she turned in several convincing examples of Latin teen-idol tunes. For a long time, I assumed her career ran into trouble partly because she couldn't find a way to go disco. But there's plenty of evidence on Puro Teatro — like in "Eres Malo y Te Amo" — that she could light up modern funk.

The hard truth is, La Lupe could not manage herself and could not hire anyone to do it for her. She fell out of favor at Tico Records after Levy sold the label. After 1978, she was dumped and never recorded regularly again, and the fates decided she would now catch as many bad breaks as she had fortunate ones earlier. Struggling to support two children, she tussled with depression and drug addiction, injured her back in a fall and finally had a fire in her apartment, which left her homeless. She died in 1992, almost as impoverished as when she was born.

But her legacy is not a sad song. She left us treasures that we should savor, and that places her among the '60s Queens of Tough: Janis Joplin, Tina Turner and La Lupe.