Accessibility links
Egypt's Protesters Want More Than Mubarak's Exit The grievances that drove demonstrators onto the streets, and the demands they are now making, amount to a much broader overhaul of the nation's political, economic and social life. 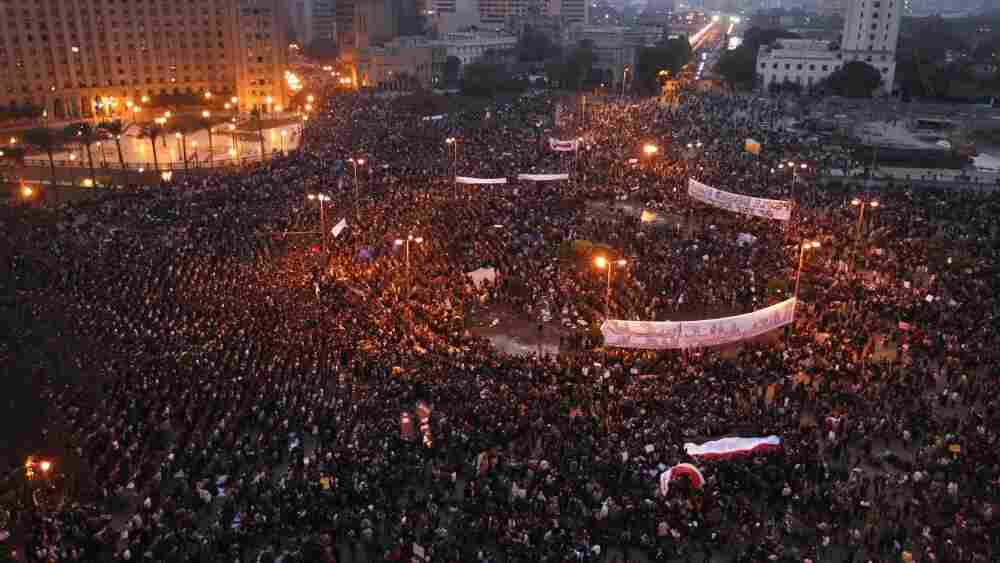 Anti-government protesters demonstrate as night falls in Tahrir, or Liberation Square in Cairo, Egypt, Feb. 1. More than a quarter-million people flooded into the heart of Cairo Tuesday, filling the city's main square in by far the largest demonstration in a week of unceasing demands for President Hosni Mubarak to leave after nearly 30 years in power. Tara Todras-Whitehill/AP hide caption

The weeklong protests roiling Cairo and other Egyptian cities have focused on one loud, increasingly strident message. As one chant puts it, "The people of Egypt want the government to fall!"

But protesters, opposition activists and analysts say the grievances that drove demonstrators onto the streets, and the demands they are now making, amount to a much broader overhaul of the nation's political, economic and social life.

"They're tired of living in a country they don't feel is their own," says Jason Brownlee, an Egypt expert at the University of Texas, Austin. "They are treated as subjects by their government, not citizens."

To illustrate this, Brownlee and others point to an event last summer that continues to inspire today's demonstrators: the beating death by police of a young man in Alexandria. 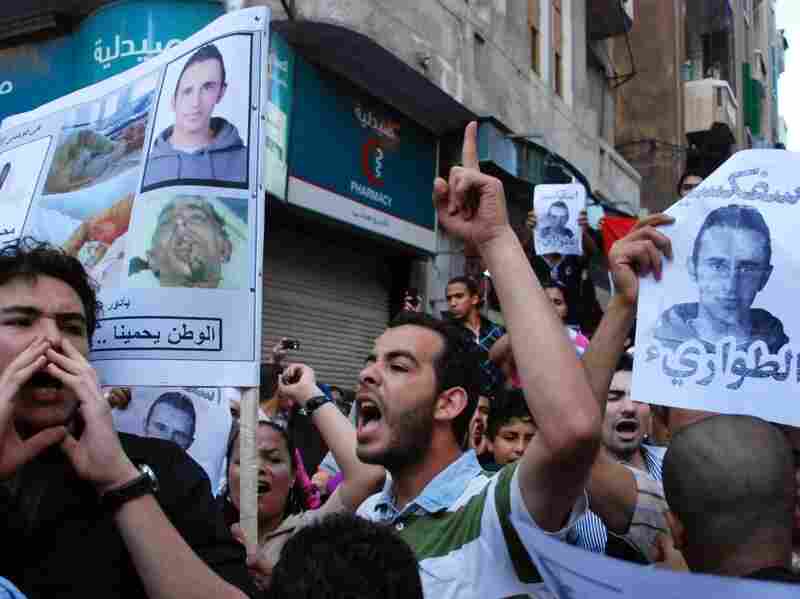 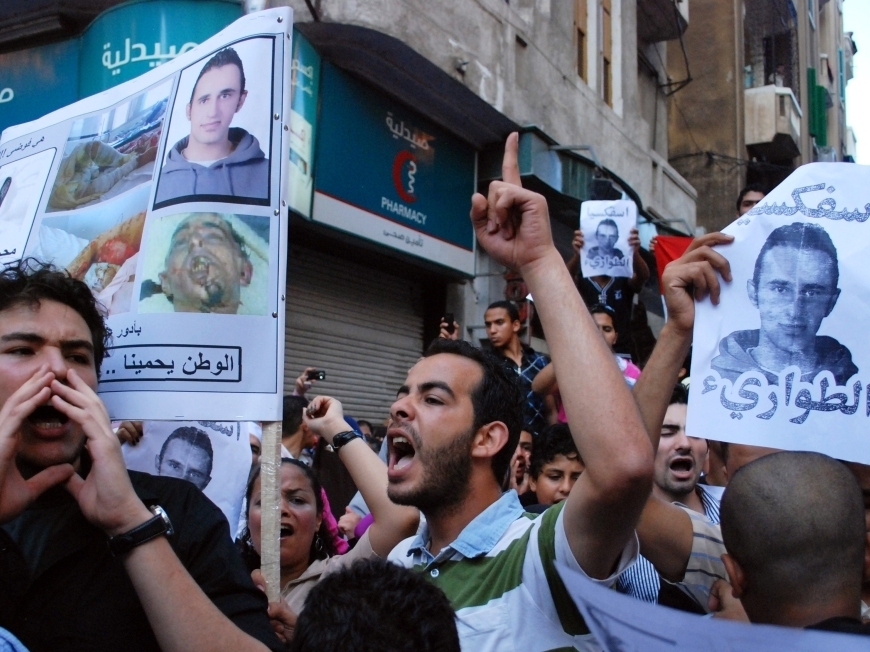 According to news accounts, last June two policemen pulled 28-year-old Khaled Said from an Internet cafe onto the street, where they pummeled him. The government alleged he died from swallowing a bag of drugs. But witnesses claimed Said was beaten because he refused to pay the police a bribe, and graphic photos of his battered body circulated on the Internet. Today, a Facebook account that's following the current protests is listed under the name "We are all Khaled Said."

Human-rights groups say such police brutality is pervasive, in part because a three-decade-long state of emergency has allowed arrests without charge and indefinite detention. This is why it was a celebrated moment when one security officer, in full uniform, joined with the protesters this past weekend. In a video posted online, he lists a series of demands, including an honest police force "like any developed country."

They're tired of living in a country they don't feel is their own. They are treated as subjects by their government, not citizens.

Jason Brownlee, an Egypt expert at the University of Texas, Austin

In addition, the police officer — like so many among the crowds — called for free elections. Though when asked who or what kind of candidate they'd like to see, the protesters seem at a loss.

"No one in particular," said a 28-year-old in Tahrir Square Tuesday, who only gave his name as Mohammed. "First you have to tell me your political program and then I will decide."

Mubarak's regime has so systematically crushed or co-opted opposition candidates, there is no roster of likely people to vie for power now. But protester Weam Zahran, 20, did have one request: younger politicians.

"Everyone working for Mubarak is either above 70 or almost dying!" Zahran says, laughing. "I think there are much better people here to run the place."

As Brownlee sees it, the longer Mubarak holds out, the more protesters escalate their demands. "Some have said they want him put on trial," he says. "Some want him executed."

Brownlee does not think the regime will satisfy many with its offer to replace 100 members of Parliament accused of gaining office fraudulently. The 100 seats are far less than a third of Parliament, he says, and not enough to effect real change. Some protesters have called not only for the entire Mubarak regime to step down but also for Parliament to be dissolved.

Along with corruption and political reform, it is the economic plight of so many young Egyptians that also explains the frustration in the streets.

"A lot of young people who can't find jobs that suit their qualifications and skills," says Hanem Azzam, 44, of the protesters. She actually has a good job, as a human resources manager in a private company, but still came out with her daughter for Tuesday's demonstration. People simply can't "afford a normal life like in other countries," she says.

Like a number of Arab nations, Egypt has a "youth bulge," a large share of the population under age 30, and there are simply not enough jobs for those graduating from college every year. No money means young people can't afford to move out of their parents' homes, or start families of their own. A recent hit song in Egypt lamented the ranks of young men who can't afford to get married.

It's all these constraints — economic, political and social — that Egyptians have in mind when they wave posters and paint their faces with slogans that say, "We are free."