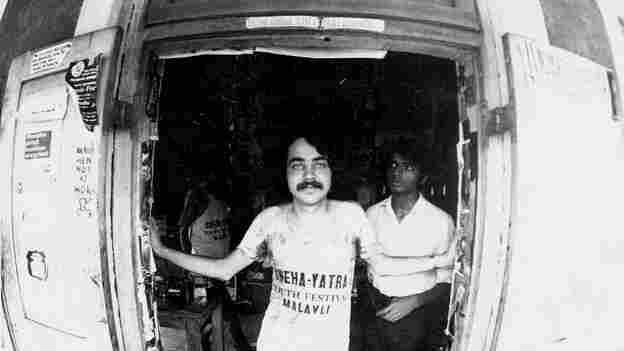 Versatile Creations was was the name of a screen-printing business in the Indian city of Pune, Maharashtra. But under the ownership of Russell Newby (foreground) and Fred Miller (right), it became a popular place for artists and musicians to collaborate and practice, while also partying at all hours. Fred Miller hide caption 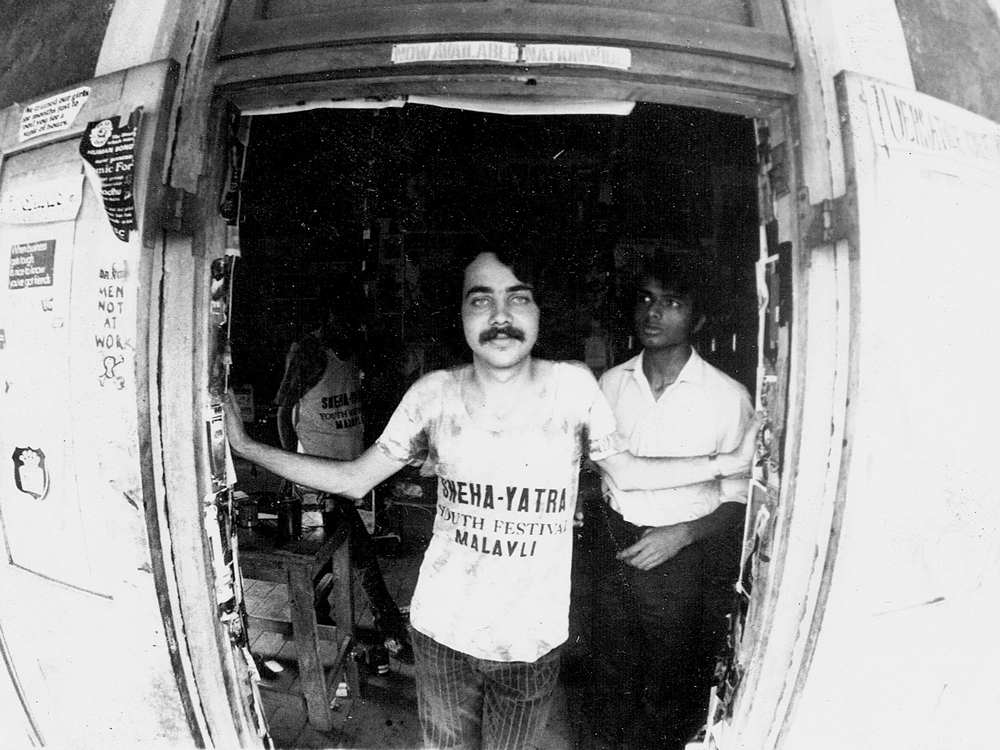 Versatile Creations was was the name of a screen-printing business in the Indian city of Pune, Maharashtra. But under the ownership of Russell Newby (foreground) and Fred Miller (right), it became a popular place for artists and musicians to collaborate and practice, while also partying at all hours.

On Aug. 15, 1947, Great Britain granted India independence after nearly 200 years of colonial rule. But Britain's cultural influences remained as the English governors departed; many British nationals and the English companies — such as recording behemoth RCA/HMV/EMI — that had established Indian subsidiaries to cater to this "emerging" market and an Anglo-Indian clientele remained and flourished in this "new" India.

As the swing and lounge acts of the early '50s gave way to rock bands in the late '50s and early '60s in cities such as Bombay and Calcutta (now known as Mumbai and Kolkata), the emerging scene found inspiration in the broadcasts of All India Radio, which featured Western pop in its programming. RCA/HMV/EMI also pressed records from Western rock acts — and even those of some pioneering Indian rock bands, albeit in limited quantities.

From the mid-'60s through 1970, India's Western-influenced garage scene flourished, even as the Western acts that were inspiring it looked eastward for their influences. By 1967, when The Velvet Underground released its Indian-influenced masterpiece The Velvet Underground and Nico and The Beatles released Sgt. Pepper's Lonely Hearts Club Band, there was a thrilling garage-rock scene cropping up in college towns such as Madras, now known as Chennai. Strengthened by the founding of the rock zine Junior Statesman and the Battles of the Bands held by the Simla cigarette company at Shanmukhananda Hall in Mumbai, this largely underground scene — the first to spawn psychedelic music in India — inspired film composers like the brothers known as Kalyanji Anandji and the maestro R.D. Burman to take the psychedelic plunge in their landmark Bollywood recordings of the '70s.

Following the demise of the Simla Beat contests in the early '70s, Junior Statesman teamed up with clothing manufacturer Cordel to host the JS-Cordel Beat Contest, which served as inspiration for the second wave of Indian psychedelic bands, to whose ranks Atomic Forest belongs. The fuzz pedal beneath the guitar of frequent R.D. Burman collaborator Bhupinder Singh owes a tremendous amount to the influence of these groundbreaking underground bands; unfortunately, most have wallowed in obscurity, their contributions to India's psychedelic scenes floating as ghost notes within the commercial Bollywood scene of the '70s. 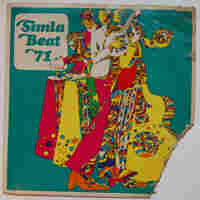 An instrumental taken from successive issues of the Simla cigarette company's Simla Beat albums, this and the next song are by two bands -- perhaps different incarnations of the same one -- from the Gujarat city of Ahmedabad.

"The Mod Trade" owes a debt to the likes of Lebanese-American (and Southern Californian transplant) Dick Dale, whose study of Eastern scales and modes produced his landmark cover of the Greek staple "Misirlou." But the song also exemplifies Indian garage bands, gigging with the most bare-bones of equipment and falling headfirst into psychedelia's all-powerful vortex. 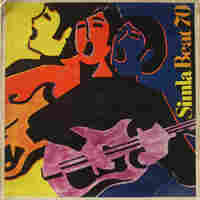 Another instrumental from the Simla series is the aptly titled "Psychedelia." In attempting to mimic American surf and garage rock, the X'Lents' members succeed where successive Western musicians -- with their gurus and sitars and tablas -- failed. It's the heaviest example of "Raga Rock" you could ever hope to hear.

The members of The Savages, who won two early incarnations of the Simla Beat contests with their cover songs, set the stage for the likes of Nandu Bhende's Velvette Fogg, who won Simla Beat '71 with his band's cover of Cream's "I'm So Glad." That there were no writing credits given to Clapton, Bruce and Baker on the LP's label -- nor, for that matter, on The Nomads' cover of Grand Funk's "Nothing Is the Same" -- confounded many of the Indian youths who purchased the albums.

Given that Western rock was only available in limited quantities, and often at prohibitive prices, the two Simla Beat albums were, for many Indian rock fans, the equivalent of Sgt. Pepper's: the entry point into the wonderful, weird world of Indian psychedelic rock. 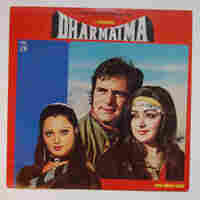 The brothers known as Kalyanji Anandji were born Kalyanji (1928) and Anandji Virji Shah (1933) in Kutch, but were soon relocated by their shopkeeping father to Girgaum, a Gujarati district of Mumbai. In an oft-repeated but unverified tale, their father kick-started their musical training by allowing a debtor -- who happened to be a music teacher -- to pull himself out of hock by teaching his young sons the basics of Indian classical music.

By 1959, the brothers were composing film scores under their now-famous moniker. By the late '60s, Kalyanji Anandji were experimenting with psychedelia and acknowledging the influence of James Brown and his many disciples.

The original soundtrack (known as "OST") albums that followed -- or, in some cases, preceded -- Bollywood films rarely contained their incidental music. Those late-'60s movies were largely melodramatic musicals; lavish song-and-dance numbers were as common in a film about star-crossed lovers as they were in an action film about the seedy exploits of the Indian mafia. Kalyanji Anandji delivered songs for these scenes with aplomb, all the while quietly revolutionizing Bollywood's soundtrack with their increasingly funky and psychedelic incidental music.

If Los Angeles-based composer, arranger and record producer David Axelrod ever influenced an Indian theme, it is "Dharmatma Theme Music" from the Feroz Khan hit of the same name. An Indian Godfather set in Afghanistan, Dharmatma gave Kalyanji Anandji the tense, ominous film that they needed to create this, their psychedelic masterpiece. 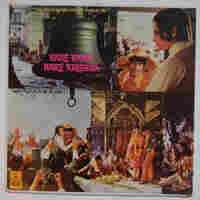 Rahul Dev Burman, born in 1939 in Kolkata, was the only son of the great Bollywood music director Sachin Dev (S.D.) Burman and his wife Meera. As well-known in India for his grunting vocals as for his prodigious Bollywood scoring (over the course of his career, he composed the music for 331 films), Burman got his musical start when his father adapted a tune he wrote at age 9 for use in the movie Funtoosh, in 1956.

After his father relocated him to Mumbai, Burman studied the sarod with Ustad Ali Akbar Khan. Burman was barely 20 when he began his musical career in earnest, assisting his father in 1958's Chalti Ka Naam Gaadi and 1959's Kaagaz Ke Pholl. After a false start in 1959, Burman wet his feet with 1961's Chhote Nawah. He continued working with his father, however, until a string of hits in the latter portion of the decade bolstered his confidence.

In 1970, Burman composed music for six movies. Kati Patang hit big, paving the way for an even bigger year in 1971. Of the 11 films that Burman scored in '71, one, Hare Rama Hare Krishna, first showcased Burman's burgeoning contributions to Indian psychedelic music. An early adopter of the Moog synthesizer and the wah-wah pedal in Bollywood circles, Burman colored the dark funk of "Dum Maro Dum" with the same psychedelic flourishes he'd spread throughout the movie's score.

Like his elder peers Kalyanji Anandji, Burman always tempered his bold ventures into psychedelic music with sweet commercial counterpoints. Thus, "Dum Maro Dum" precedes the bossa-nova-inspired (and relatively timid) "I Love You" on the A-side of the Hare Rama Hare Krishna album, and only at the end of the A-side does Burman present his altogether more adventurous incidental music, a riff on "Dum Maro Dum" titled "Dance Music." 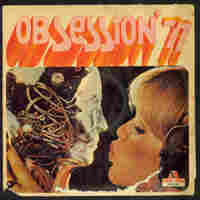 The mysterious bass player Keith Kanga, and an incarnation of the Atomic Forest ensemble he formed with vocalist Madhukar Chandra Das, lead guitarist Neil Chattopadhya and drummer Valentine Lobo in the early 1970s, stand as the only known '70s Indian psychedelic/hard-rock band known to record an album. (The Savages, whose Black Scorpio came out in 1972, more properly belongs to the '60s Indian garage scene than the '70s psychedelic/hard-rock scene.) This album's personnel contained no members of the original ensemble other than Kanga, and no definitive listing has been accepted.

Obsession '77 contains a series of disco covers alongside two choice hard-rock interpretations. The Atomic Forest's sole original composition, "Obsession '77," is presented in two parts. This song, an inspired reworking of Booker T. & The MGs' "Melting Pot," betrays an early-'70s influence, though it was almost certainly recorded close to the release of the album in 1981.