Accessibility links
The Lo-Fi Legacy Of Indonesia After convincing his fellow crate-diggers to share his collection of Indonesian fuzz-rock, Egon and his friends have compiled a new anthology. Here, he shares a few favorites that fell just short of inclusion on the new collection.

The Lo-Fi Legacy Of Indonesia

The Lo-Fi Legacy Of Indonesia 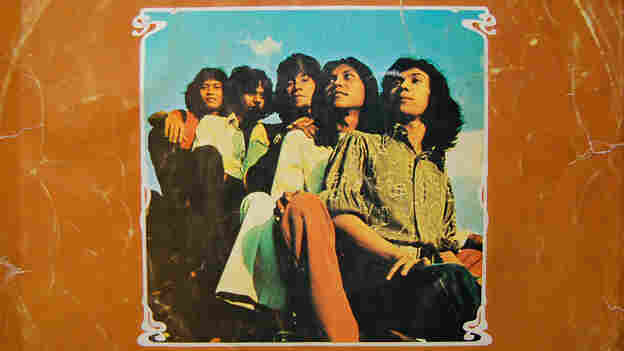 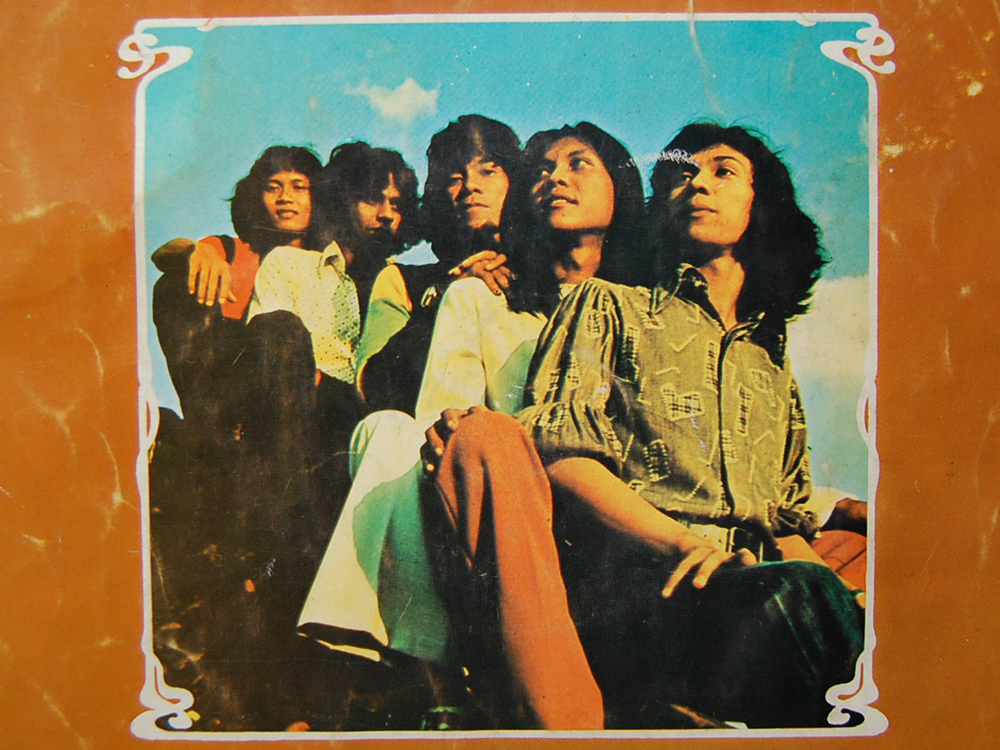 I remember when I first came across The Rollies' Bad News album, almost a decade ago, behind the counter in a Stockholm used-record store. I couldn't pass up this unique, rough take on the James Brown sound, and I began playing the title track in my DJ sets. It didn't go over well — it was just a tad too lo-fi for what was then classified as "deep funk" — and I soon retired the tune. I forgot the record on my shelves until some years later, when, upon a chance connection with Toronto-based hip-hop producer (and '60s and '70s Southeast Asian music specialist) Jason "Moss" Connoy, he mentioned one of his favorite Indonesian funk bands: The Rollies.

Indonesian! I begged Moss to send me more. He wrangled with the hip-hop-reared beat digger's code of secrecy, but somewhere along the way in this existential battle, he relented. What he sent — in spurts, as Moss is the manic type — drove me mad. Relentless fuzz. Over-the-top, politically charged lyrics. Cranky lo-fi music as close to Rare Earth protégé Power of Zeus as to that of South Korean psych-god Shin Jung Hyun. When Moss sent me Shark Move's "Evil War," I recognized the marching drum-and-bass break: Madlib had recently sampled it for a song he was working on with Detroit-reared drummer, producer and rapper Karriem Riggins. I asked Jason how likely it would be for me to clear the sample with the band, and he laughed and told me he was in direct contact with the leader of the organization, Benny Soebardja.

One thing led to another — the way things often do on the circuitous record-collecting circuit — and, before we knew it, Moss, Benny and I were working on an anthology that would show the breadth and depth of Indonesia's '70s scenes. Along the way, we met up with a young Indonesian expat, Chandra Drews (now based in Holland), and he added a cultural context to the musical analysis we were undertaking. That anthology — Those Shocking Shaking Days — will see release early next year. Here, you can check out some of the great cuts that, for one reason or another, didn't make it onto the anthology. All great, they serve as a proper cross-section of the progressive, and oftentimes underground, '60s and '70s Indonesian rock scenes.

Indonesia, due in large part to the restrictions imposed by its past dictator Suharto, is better known for the coffee it exports than for the music created on this island nation. The rough-hewn bootlegs of '70s ensembles like Ariesta Birawa that dotted the psychedelic landscape over the past five years didn't help matters. Now, thanks to labels like Sublime Frequencies, the average music fan can pick up officially licensed, essential '60s albums by the likes of girl-garage-psych band Dara Puspita and the remarkable Koes Bersaudara.

Enteng Tanamal, his band The Comets and the sisters known in Indonesia as Pattie Bersaudara offered a complementary (if softer) take compared to those aforementioned ensembles. "Aku Lupa," a funky and fuzz-driven number that sounds influenced by British beat groups of the era, is to my ears the stand-out track on the group's self-titled '67-ish Diamond Records release. 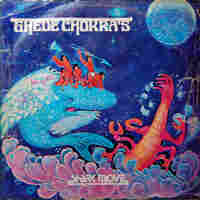 Guitarist and vocalist Benny Soebardja slipped into his music career with a garage-rock outfit called The Peels. His band enjoyed modest success in Indonesia, Singapore and Malaysia, but it was his second venture (with keyboardist Soman Loebis, drummer Sammy Zakaria, vocalist Bhagu Ramchand and bassist Janto Diablo) that established Soebardja as one of the most progressive rock musicians in the archipelago. Shark Move was created as a means to pass the time during the group members' student years studying at Bandung's Technical Institute (ITB).

The quintet formed in 1972 and played local underground venues for a few months before traveling to Jakarta in 1973 to record its masterpiece, the seven-track Ghede Chokras (translated from Sanskrit as "Great Session"). This rare album, pressed and released on Soebardja's self-financed Shark Move imprint in a run of less than 1,000 copies, won over Western audiences on a recent Shadoks reissue of Soebardja's autobiographical tour-de-force My Life.

Rebellious until its dissolution, Shark Move never signed to an established record label, and stands as a pioneer of the independent movement in Indonesia. Though never successful as a recording act in its homeland, it fostered a cult following in Jakarta and Bandung as a result of regular gigs with Indonesia's better-known rock bands God Bless and SAS.

Soebardja never lost faith in his abilities as a bandleader and, soon after Shark Move's demise, formed the band Lizard with his brother Harry and future Giant Step members Truawan Munaf and Haddy Arief. With Soebardja clearly reeling from the death of friend and Shark Move collaborator Soman Loebis, Lizard's offerings -- released on an LP credited to Soebardja and Lizard and as the B-side of the Giant Step cassette on Soebarjda's BB imprint -- showcase a brooding, melancholic quality.  One offering, "In 1973," sounds as if it could have been recorded by a rural hard-rock band in America's heartland in the same year.

After his respite with Lizard, Soebardja formed Giant Step, the commercially successful juggernaut that has released seven studio albums to date and received considerable mainstream popularity in Indonesia in the late '70s and early '80s.

Golden Wing started as a high-school basketball team -- the Golden Eagles -- in Palembang, South Sumatra, in the late '60s. The band itself formed in 1969 and, as with the majority of British-influenced Indonesian groups in the early '70s, Golden Wing started its musical adventures faithfully covering Uriah Heap and Black Sabbath. Yet it is was the band's use of Malay melodies that cemented its popularity in its home country.In this style, "Hilang" shines as a highlight. Appealing to a popular consciousness while making public their musical experimentations -- bandleader Adhimantra introduced the Minimoog to Indonesia after smuggling a unit into the country in the early '70s -- the band was better known for its on-stage antics. Adhimantra, for example, is known to have played his Minimoog while hanging upside-down in concert.

The Purba brothers formed Rhythm Kings in Medan, North Sumatra, in 1967, at a time when performing rock music in provincial towns was a novelty. Yet, given that their father served as the town's mayor, they managed to perform at various school-sponsored events. With the decidedly un-rock 'n' roll principles of the 3M's -- "Menjaga nama baik / Menjauhi narkotika / Mengutamakan sekolah (Preserving an honorable reputation / Avoiding narcotics / Prioritizing scholastics)" -- the band toured venues in Medan and nearby Aceh performing renditions of Led Zeppelin, Deep Purple, Black Sabbath, Santana and Bee Gees tracks with its first full line-up. Shortly thereafter, the group relocated to Jakarta, where it cut its first rock album, Maafkanlah Beta, in 1970 for the Indra label.Taken from that album,"Kanangan Abadiku" is a sunny, psychedelic pop song -- it contains striking similarities to the early "group sound" albums cut by South Korea's legendary He-6. That these groups were aware of each other's existence is possible; that they were drinking from the same musical well is undeniable.