Accessibility links
Aaron Goldberg Trio + 1: Live At The Village Vanguard The pianist and his core trio have been some of the busiest sidemen in the business. But Goldberg has also made time to lead for more than 10 years, and does so this time with Mark Turner on sax. 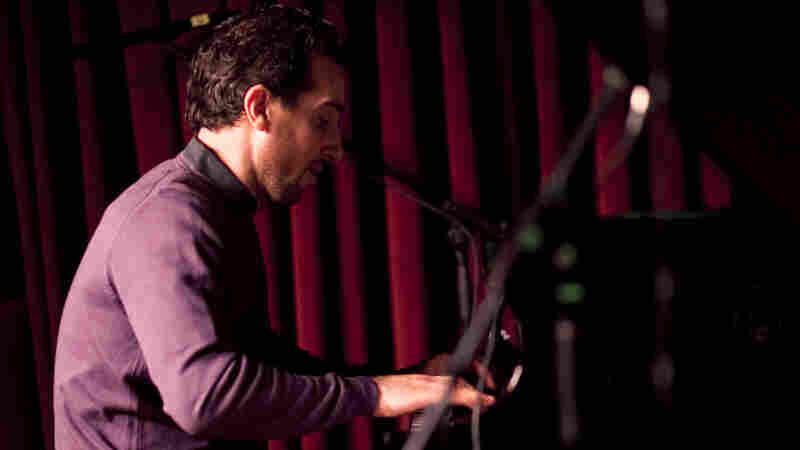 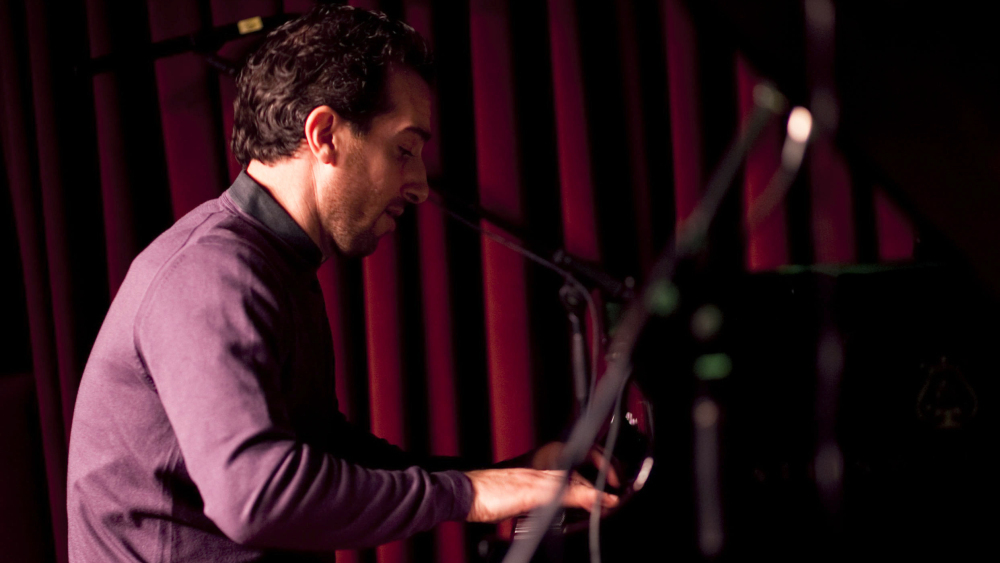 Aaron Goldberg Trio in Concert at the Village Vanguard - 02022011

For more than a decade, Aaron Goldberg has intermittently led a piano trio with Reuben Rogers on bass and Eric Harland on drums. That word "intermittently" is necessary, oddly, only because each member is so good that they all keep getting hired as sidemen, including the pianist and leader himself.

But when they do convene, sparks fly, both on a series of recent records and on the bandstand. They proved it during a week at the Village Vanguard in New York, and WBGO and NPR Music were there. The Aaron Goldberg trio, with special guest saxophonist Mark Turner, played a live online video webcast and on-air broadcast from the New York venue, heard at this page on NPR Music.

There's a healthy dose of modern mainstream jazz in this band — the friendly, positive-energy kind that feels rooted in swing no matter how far it strays from the straight-ahead. The 2010 release Home is but the latest example, on which Brazilian melodies bump elbows with Stevie Wonder, touch-sensitive ballads, funky ostinatos and hyperkinetic postbop. Like this performance, that record also features the slippery, unpredictable lines of saxophonist Mark Turner. Meanwhile, Rogers and Harland had just come off tour with the all-time great sax player Charles Lloyd — which, if you know Charles Lloyd, gives an idea of their remarkable versatility and proficiency.

Versatility and proficiency are Goldberg's trademarks, too. A Boston-area native, he spent a year at the New School jazz program in New York, then transferred closer to home at Harvard, where he spent his free time jamming around the city. When the jazz-education hothouse that was Boston in the early to mid-'90s shifted to New York, so did he. He's spent a good chunk of his time since touring with everyone from Betty Carter and Wynton Marsalis to Kurt Rosenwinkel and Madeleine Peyroux; most notably, he was saxophonist Joshua Redman's pianist for several years.

In all that, Goldberg has maintained a core trio with Rogers and Harland. (It helps to have colleagues like Omer Avital and Matt Penman on bass, or Ali Jackson or Gregory Hutchinson on drums, to call as substitutes.) On its four records, the group is often supplanted with other peers like Turner. It will be again here during its run — Goldberg's debut as a leader at the Village Vanguard.