Accessibility links
Walking Away: Inside The Nevada Foreclosure Crisis Nearly 1 in 4 foreclosures in Nevada involved a decision to walk away from the mortgage even though the homeowners could pay, according to a new report that examines the causes of the state's foreclosure crisis. 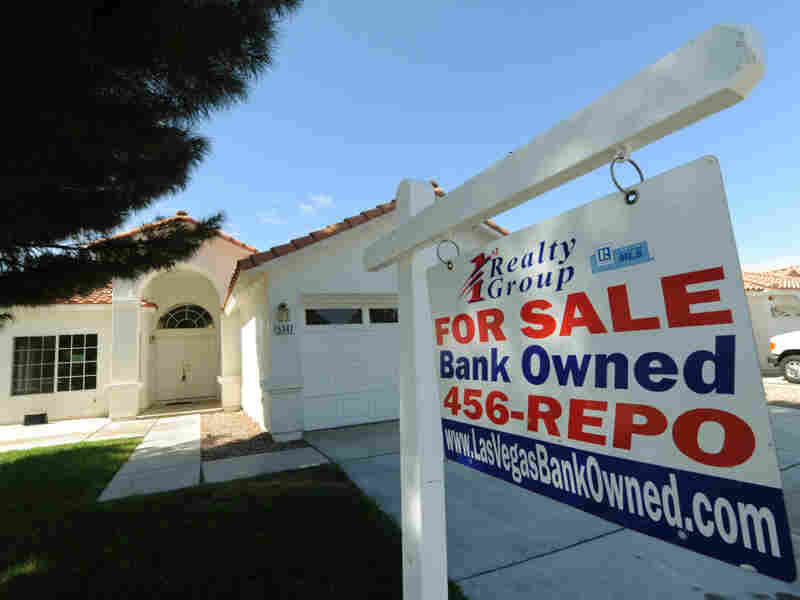 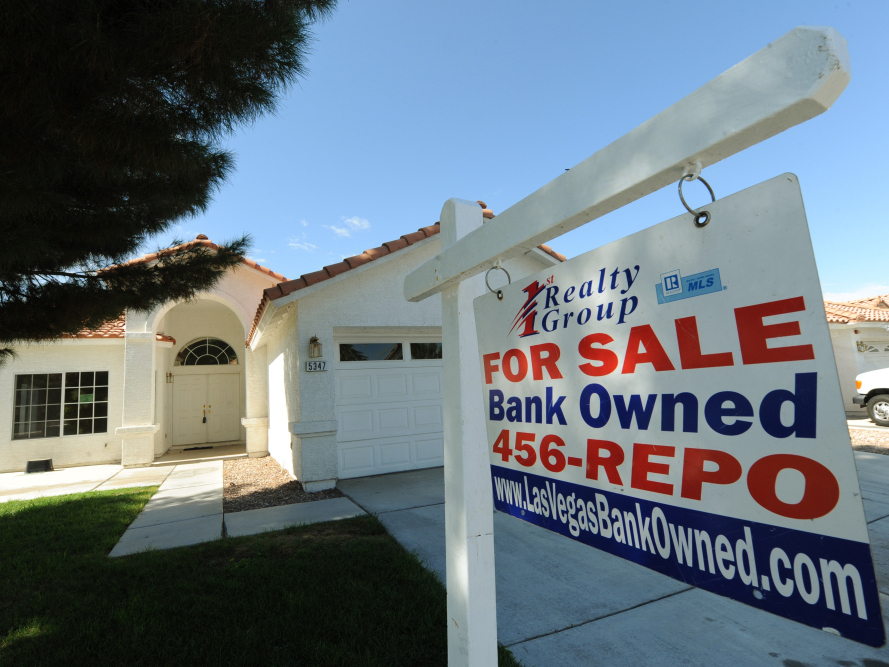 A house under foreclosure in the Spring Valley area in Las Vegas.

Almost 1 in 4 of Nevada's foreclosures involved a decision to walk away from the mortgage even though the homeowners could pay, according to a new study.

The practice is called a strategic default, and it's at the heart of the ongoing foreclosure crisis in Nevada — the state that leads the nation in the number of foreclosures.

Nationwide, the number of Americans who are losing their homes due to foreclosure also continues to mount.

Joel Searby, author of the Nevada Association of Realtors' new report, "The Face of Foreclosure," says the decision to walk away is a financial one that people arrive at after examining the value of their home.

"The stigma has been lifted as it relates to walking away from a mortgage," he tells NPR host Steve Inskeep. "Whereas 20 years ago, this may have been something that would be considered something shameful, many people now are not only embracing it, but they're actually being facilitated by outside folks."

Searby, who also serves as the executive vice president for Strategic Guidance Systems, a research and consulting firm for trade associations around the county, says assistance is coming from websites like YouWalkAway.com or lawyers who help homeowners engage in strategic defaults.

The report found a "clear disconnect" between what federal and state assistance programs were offering and what struggling homeowners actually needed. For example, only 3 percent of those surveyed said they were helped by a state foreclosure mediation program. It also found a high level of frustration between homeowners and lenders. Many of the homeowners surveyed also said that they were spending "an incredibly unhealthy amount" of their monthly income on housing.

And the study found that older homeowners represent a big proportion of those who decided to walk away, Searby says. "[W]e assumed that older homeowners would have a much stronger stigma, culturally, against walking away from their mortgage when in fact it was the opposite," he says. "They were looking at the end of their life, and their last 15 or 20 years and saying, 'This doesn't make sense for me to continue to pay this mortgage.' And that was really a surprising finding."

The financial calculus may be different for this demographic group.

Interactive Map: Foreclosures Where You Live

"I think we assume that younger folks are more irresponsible and more likely to walk away and are averse to commitment," Searby says. "The younger folks were actually, in my opinion, quite a bit more tenacious in trying to reach out to these lenders and find out more information. Whereas some of these older folks just simply said, 'I don't have the energy or time to deal with this, in addition to the fact that the finances didn't make sense.' And they walked away."

Still, it's tough to generalize about who will walk away from a mortgage and who will keep on trying to make payments.

The report found that job loss was the key event in the 12 months leading up to foreclosure, followed by unexpected medical bills and other miscellaneous bills.