Accessibility links
Ballads For The Dance Floor, Inspired By James Brown In the late '60s, Brown inspired the soul ballad to get funky. Hear five tracks which followed his lead, transporting soulful love songs from basement hi-fi systems to the world of the clubs.

Ballads For The Dance Floor, Inspired By James Brown

Ballads For The Dance Floor, Inspired By James Brown 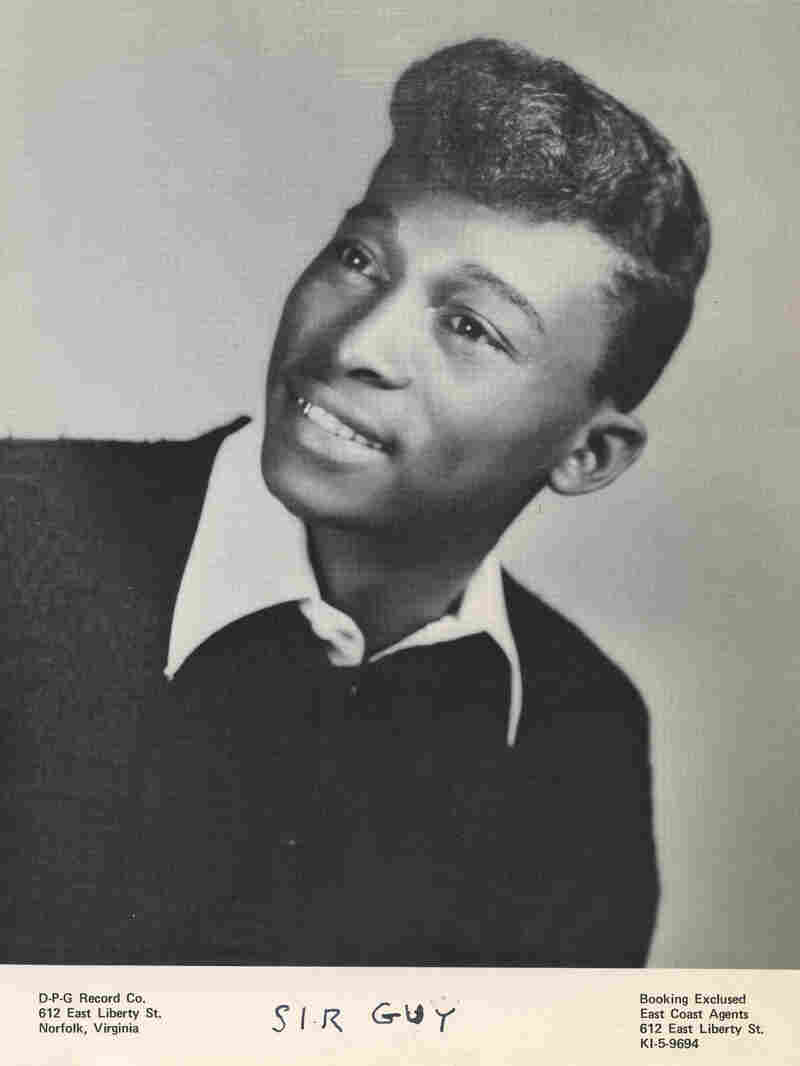 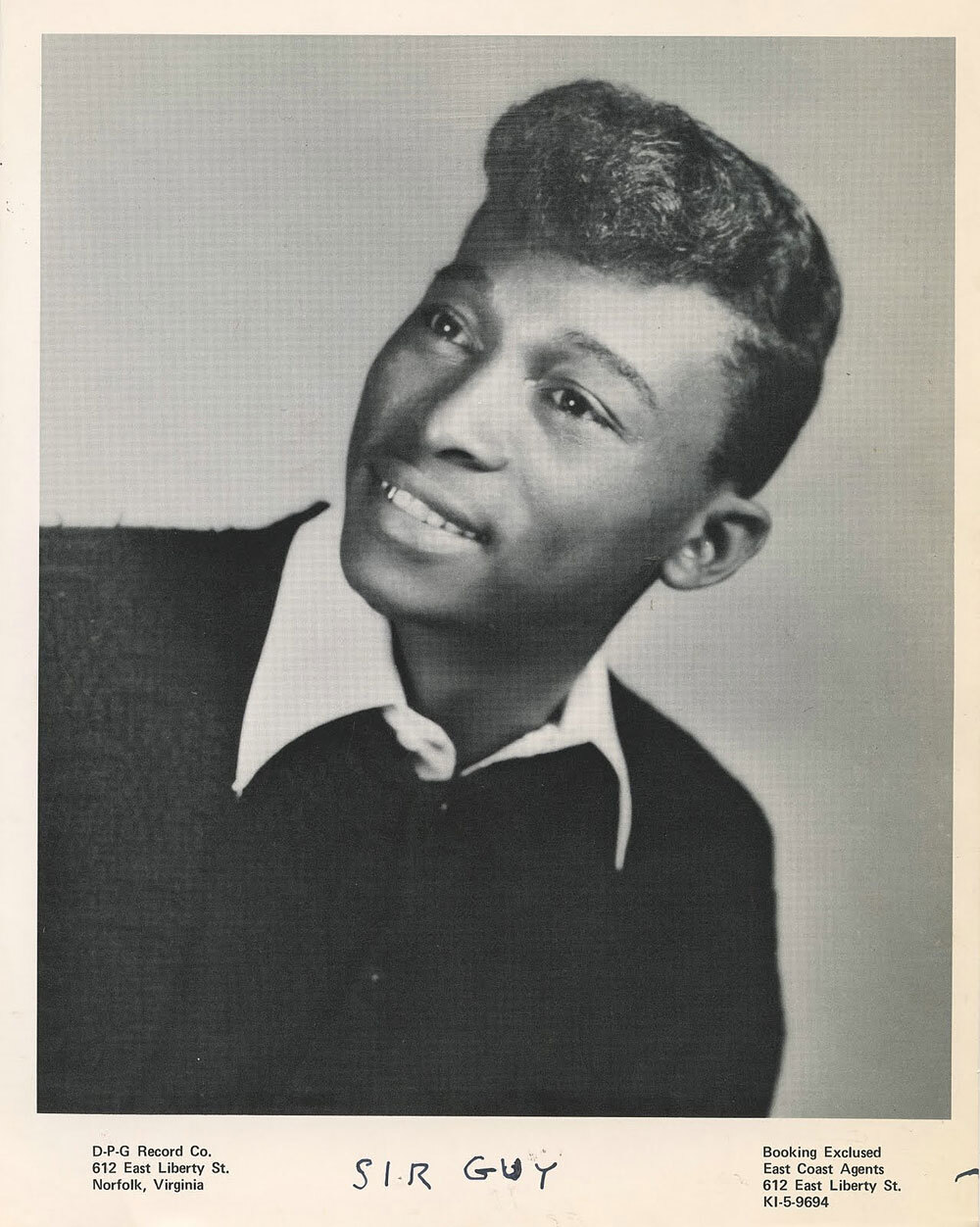 An existential crisis swept over soul bands in the late '60s. James Brown's funk blew the world apart after the release of "Cold Sweat" in 1967 and forever changed pop music's rhythmic base. While Brown never gave up on the slow tempo that best allowed the gut-wrenching heartbreak of his ballads to bleed through, it was his funk that made him a worldwide phenomenon. Thus, those soul bands interested in sounding relevant after the "Cold Sweat" shock waves subsided had to make a choice: Would they follow Brown's funk? Whether or not the bands that chose to follow were listening to Brown himself — and virtually every progressively minded late-'60s band in the world was — mattered little. There came a time around 1968 when the soul ballad found funk.

In my mind, at least, some of the best ballads from that era of funk-before-disco were those made with this formula: Bands took the tried, true and often trite soul-ballad themes — as always, revolving around love and all its offshoots — and embellished them with the best of Brown's funk. The result is that ballads were transported from basement hi-fi systems to the world of the clubs. Funk, of course, is music for dancing, and these songs of heartbreak, remorse, fear and failure have probably led to a few new love connections themselves. For by the early '00s, when a new faithful dug these songs from obscurity and played them in clubs once again, those selectors allowed these magnetic minor chords to pull together, even as their creators sang of being pulled apart. 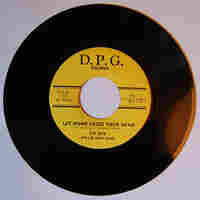 This is a magical one-off by Clarence "Sir Guy" Barron, the late Virginia soul singer best known for his "Funky Virginia," issued twice on the Norfolk-based DPG label. "Let Home Cross Your Mind," his only offering backed by the mysterious Speller Brothers Band, owes a rhythmic and melodic debt to James Brown's Live at the Apollo II recording of "There Was a Time." But it's Barron's pained plea to a lost love — a woman who may never hear his cry to "come home" from the "mountain of misery" — which guaranteed his inclusion on this list.

The song's last 45 seconds are heavy funk, indeed, something label owner George Perkins himself must have noticed. Using this vamp — and Barron's "I need you" ad libs — as a base, Perkins paired Barron with the Raw Soul band and recorded the disco-era "I Need You Baby." Perhaps he was trying to revise history, as this later 45 carries the same catalog number as "Let Home Cross Your Mind." Luckily, a few copies of Barron's first take have surfaced, and they stake Barron's claim with a lonely Commonwealth masterpiece. 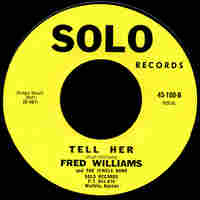 The Smart Brothers' Wichita-based Solo Records received international (if indirect) acclaim shortly after the concern shuttered in the late '80s. In the early '90s, European bootleggers took notice of Theron and Darrell's Isley Brothers-influenced "It's Your Love" and included it in the seminal The Sound of Funk series. More than a decade later, Jazzman Records legitimately included the first Solo issue, "Tell Her," on its Midwest Funk anthology. Shortly thereafter, Numero Group issued a telling Solo anthology, Smart's Palace.

The Smart Brothers never shied away from uptempo ballads. (The excellent flip side to "It's Your Love," "I Was Made to Love Her," is worth searching out.) But within the Solo catalog, it doesn't get better than the minimalist "Tell Her." Williams' lisping call to his aching guitar's response conjures the image of a windswept dirt road to nowhere. Toward the end of two minutes of Dust Bowl soul, Williams screams unintelligibly to the unnamed messenger, to whom he begs the conveyance of what might be his last words. His heartbreak couldn't seem more real; as Williams' bassist and drummer follow his ever-increasing tempo, "Tell Her" spools off into the void. 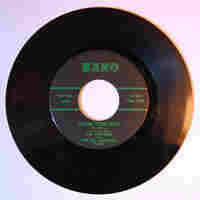 The Pittsburgh-based family the Dixons (Rodney, Joyce, Mickey and bandleader/vocalist/arranger Glen) released a series of records as the Caprells on its self-funded Bano label. Its first — a take on a '30s-era standard covered by singers as varied as Ella Fitzgerald and Doris Day — stands as its finest. "Close Your Eyes," as arranged by Glen Dixon and backed by The Sul Brothers Band, not only revitalizes a Tin Pan Alley classic, but utterly transforms it. A modern listener would be forgiven for thinking Dixon wrote the song himself, hired Ethiopian jazz legend Mulatu Astatke to produce, and sneaked Bernard Purdie into the drum chair.

In 2006, just as "Close Your Eyes" looked as if it might catalyze a Caprells renaissance, Dixon died at age 54 from complications due to sarcoidosis, a rare and treatable yet little-discussed disease. Surely, the song he carried forth with an angelic falsetto some 34 years earlier must offer some small consolation to those he left behind — including his wife Rena, who started the Heart of Gold Foundation in his honor. 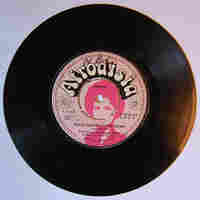 Never Never Let Me Down

Never Never Let Me Down

I listened to quite a few songs from the African continent before settling on The Formulars Dance Band's "Never Never Let Me Down" as the sole non-American recording on this list. I thought about including some of Ethiopia's masters of funky tizitas — Mahmoud Ahmed and Ayalew Mesfin are just two whose '70s recordings make liberal use of funk to alter this Amharic ballad — and I considered the late Zamrock legend Paul "Ngozi" Nyirongo, whose every mid-'70s album contained at least one funk-inflected ballad.

In the end, I stopped here, with this transcendent single originally released on Nigeria's Decca subsidiary, Afrodisia Records. Its origins are humble: one of dozens if not hundreds of "rock" singles recorded by never-heard-from-again ensembles under the supervision of Afrodisia's in-house producer, British ex-pat Dave Bennett. This single stands apart from all other Bennett productions, most of which are progressive and still sound novel today. Apart from the funk at its base and Bennett's preferred wah-wah guitar, "Never Never Let Me Down" is anachronistic; it could have just as easily worked as a doo-wop song for a Philadelphia combo in the early '60s. 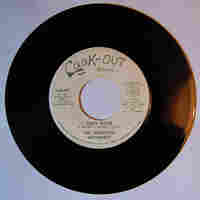 The Ohio- and Indiana-based band Hamilton Movement recorded a series of mid-'70s soul and funk songs for Indianapolis entrepreneur Dick Melvin's Pure Soul Productions. "She's Gone," its rarest and best, came first. Melvin must not have shared this enthusiasm. While the B-side to "She's Gone" — a decent funk number titled "We're Gonna Party" — saw a pair of subsequent Melvin-produced issues, the superlative A-side wallowed in obscurity. Original copies of this Look Out Records 45 now sell for upwards of $3,000.

For once, rarity, hype and quality all mesh together. In the '70s, Indianapolis offered the world no shortage of uptempo ballads — the Highlighters' "For the Love of My Girl" and the Fabulous Souls' "Take Me" come to mind — but "She's Gone" stands as the best soul record ever to arise from Naptown.