Accessibility links
From Super Bowl To Summer Games? The Dallas area is looking beyond Sunday's Super Bowl to an even bigger sports event. The city wants to host the 2020 Summer Olympic Games. But will the Olympic Committee want to be in Dallas? 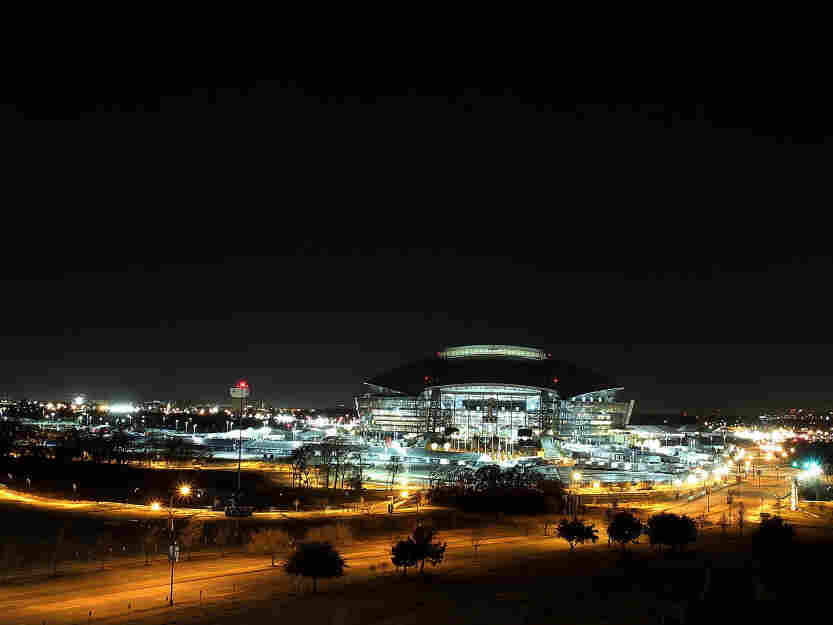 Arlington, Texas, a suburb of Dallas, will host Super Bowl XLV at Cowboys Stadium (above) on Feb. 6. Dallas hopes its existing sports infrastructure will help the city win the bid for the 2020 Summer Olympic Games. Ronald Martinez/Getty Images hide caption 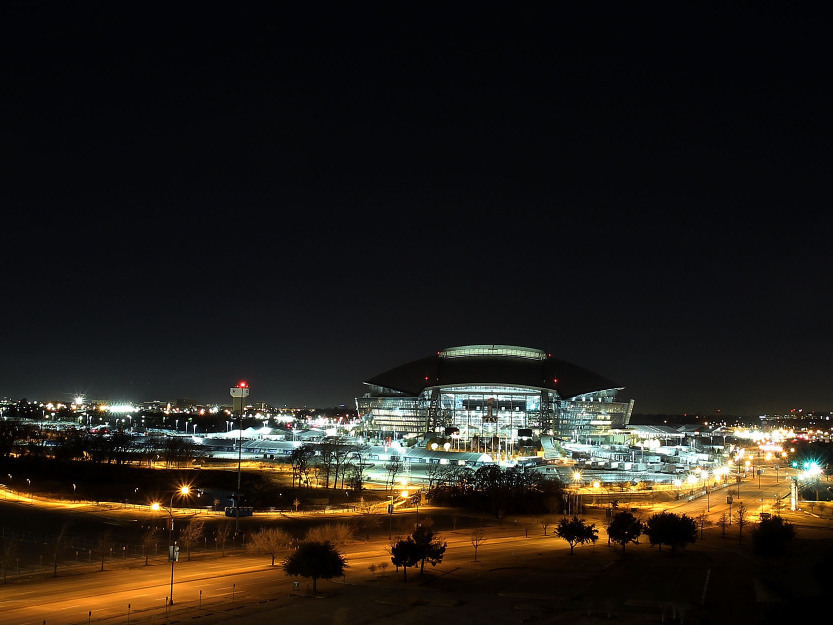 Arlington, Texas, a suburb of Dallas, will host Super Bowl XLV at Cowboys Stadium (above) on Feb. 6. Dallas hopes its existing sports infrastructure will help the city win the bid for the 2020 Summer Olympic Games.

Even as the Dallas area bursts its buttons, hosting the Super Bowl for the first time in Jerry Jones' new American coliseum, the city has developed an even greater itch it wants to scratch.

The International Olympic Committee has dismissively rejected New York City and Chicago in recent Olympic competitions, and soccer's organization, FIFA, chose little Qatar over the U.S. for the 2022 World Cup. But Dallas is growing ever more determined to declare its candidacy for the 2020 games.

Is that masochistic? Are we just the giant sugar daddy nobody in sports loves? When the vote is taken in 2013, will Dallas even have a chance against such other presumed contenders as old world classics like Rome and Madrid; or Istanbul — especially now that Turkey is sort of the "it" country; or Dubai, the luxurious Oz of the Persian Gulf?

The fact is that the IOC's Europhile members prefer to take our musty television money but give the glamorous games themselves to somebody else. While the U.S. has four times hosted the Summer Olympics, on three of those occasions — St. Louis in 1904 and Los Angeles in '32 and '84 — no foreign city bid. The IOC just had to hold its nose and let its precious show go to America. Then, when Atlanta did win in 1996, foreigners found it by far the most unattractive of all modern Olympics.

Poor Salt Lake City won the 2002 Winter Games and then was caught up in a scandal that embarrassed the IOC. Never mind that Olympic corruption was endemic, and Salt Lake City just happened to get caught in a rare moment of Olympic honesty.

For all that Dallas has going for it — a vibrantly growing city, the nation's fourth-largest metropolitan area, one that is already jam-packed with existing stadium and arena facilities — and given the fact that Asia, Europe and South America all will have held the Summer Games in the 21st century and it's sort of North America's turn, Dallas has to fight not only the bias against the United States and the ugly memory of Atlanta's so-called T-shirt Games and the fact that our U.S. Olympic Committee has been both a dope and a patsy, but its own disastrously torrid summer climate. To hold the Olympics in the relatively milder period around the beginning of June, Dallas would need a dispensation from the IOC, which lists a weather window from July 15 to August 31.

So, Dallas has so much to overcome in what seems almost a quixotic quest to try to make the United States a sports destination again. Well, anyway, we can be grateful that one of our cities hasn't given up the ghost — and if the woebegone Cowboys can't be America's team anymore, at least Dallas can be our last forlorn hope, America's dream.