Accessibility links
Agencies Aim To Counter Threat Of Online Extremism As the power of the Internet is used to promote change in Egypt, it also is used to promote violence around the world. When working to counter those violent online campaigns, specialists say, the messenger is as important as the message.

Countering that threat was the focus of a meeting of top counterterrorism officials and specialists recently in Riyadh, Saudi Arabia. The experts there used complicated terms like "radical narratives" and "counter-narratives." Then, one young American woman brought all the concepts down to the emotional and the concrete.

Carie Lemack, whose mother died on Sept. 11 as a passenger aboard American Airlines flight 11, was invited by the Saudis to speak at the meeting.

"To have the opportunity to talk about preventing future terrorist attacks and to honor my mom is something I couldn't say no to," she says.

Lemack is often called on to talk to youths who are considered susceptible to violent ideologies. When speaking recently to a group in Britain that tries to de-radicalize kids, Lemack says, she had to convince one group that her mother had actually died in the Sept. 11 attacks. Members of the group claimed that was not what they had read on the Internet.

"They were shocked because they had been told that there were no passengers on the planes," Lemack says. "There are so many conspiracy theories out there, and they hadn't heard from someone who had actually lost a loved one."

Lemack is what the specialists at the gathering call a "credible messenger," and experts from the U.S., Russia, the Netherlands, the United Kingdom and Australia say there are not enough of them.

Richard Barret, coordinator of the U.N.'s al-Qaida/Taliban monitoring team, says finding messengers is a new trend in fighting terrorism. They believe it will help dissuade people from being recruited online.

And Saudi Arabia is at the forefront, Barret says: "They've done quite a lot in looking at the Internet and countering the radical messages that appear on the Internet."

There are programs to engage radicals and dispute their arguments online. In Saudi Arabia, anyone setting up a website that calls for violence faces 10 years in jail and millions in fines. 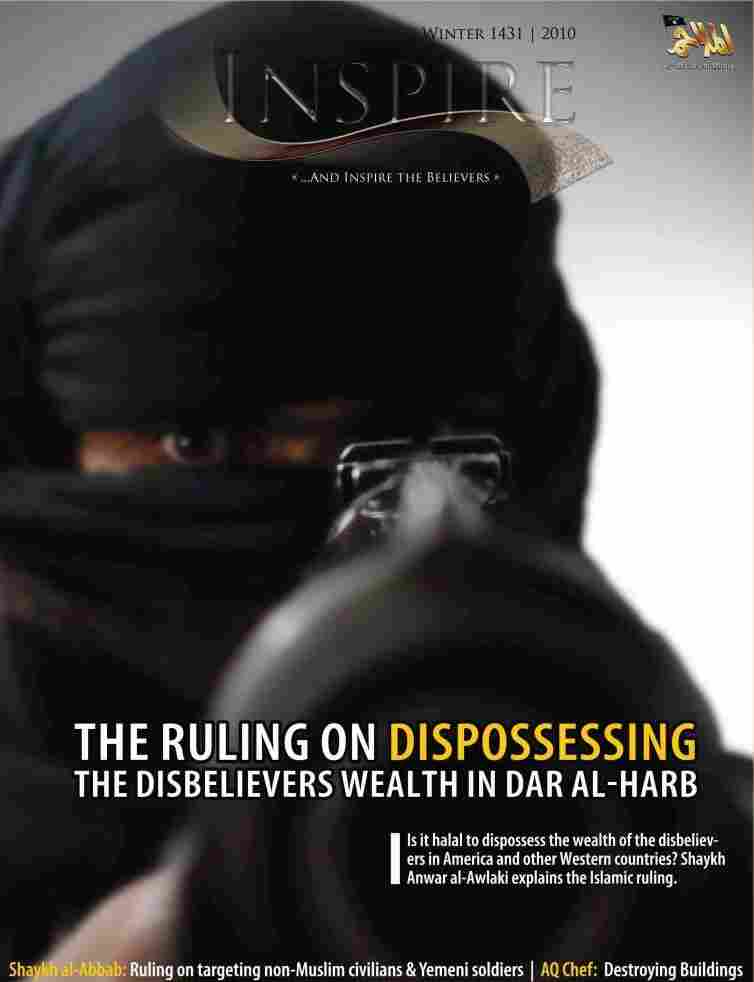 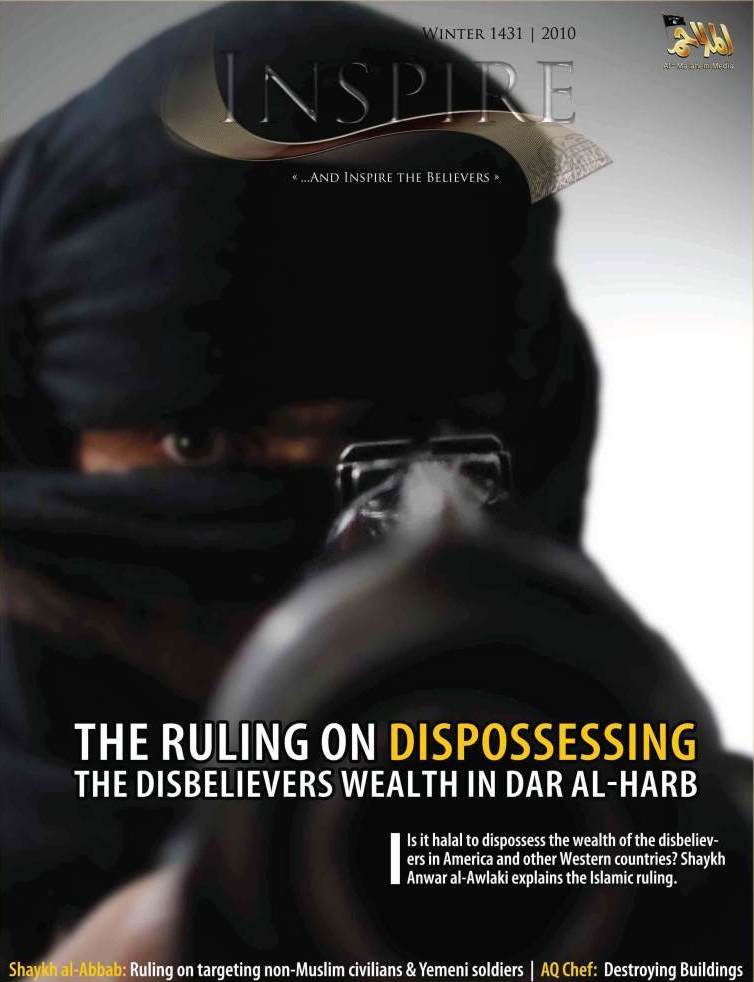 Inspire magazine, al-Qaida's first English-language magazine, is based in Yemen.

But these days, the language of jihad is no longer just in Arabic. Al-Qaida's first English-language magazine, Inspire, is online and based in Yemen. The authors claim they instigated U.S. attacks, including the underwear bomber, the shooting at Fort Hood and the printer bombs intercepted on cargo flights from Yemen.

Inspire is dangerous, says Marc Sageman, an authority on Islamist extremism, because it encourages what he calls "lone wolves" — individuals who cross the line to violence.

"It's written in a very kind of lively way," he says. "The first issue was a little heavy-handed, and so they are learning, and its dissemination is increasing among jihadi English speakers."

"The product is excellent, and, I can tell you right now, it's being digested like you have no idea," Kohlmann says. "They are receiving letters every day. People are sending in letters from the United States to Inspire every day, saying how wonderful they are, how great this document is."

Alistair Millar, the director of the Center on Global Counter Terrorism Cooperation, says having the right messengers to counter these violent messages is important. If governments try, he says, they will fail.

"Youth and others who might be susceptible to the allure of the terrorist narrative are going to be repulsed by any overt effort by government to tell them what to do," Millar says.

It may be up to people like Carie Lemack to really reach people, he says.

"Our motto is to speak truth to terror, which is a very American way of approaching it," Lemack says.

At the meeting in Riyadh, Sharayed and another ex-al-Qaida member explained how they were radicalized at an early age — and why they later turned against the group. According to Millar, that's a message they often deliver to young people who are susceptible to calls for violence.

"They have credibility among the people we are trying to reach," Millar says. "And I think it highlighted exactly what we wanted to do in terms of showing that we need to have the right messengers to deliver the message."