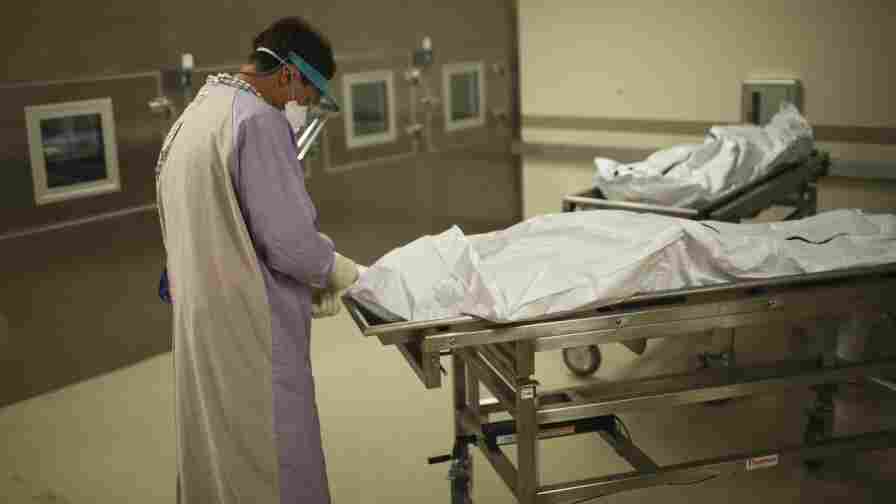 The medical examiner's office in New Mexico is considered the gold standard that all medical examiners should meet because it employs enough staff to investigate and autopsy all sudden or violent deaths. John W. Poole/NPR hide caption 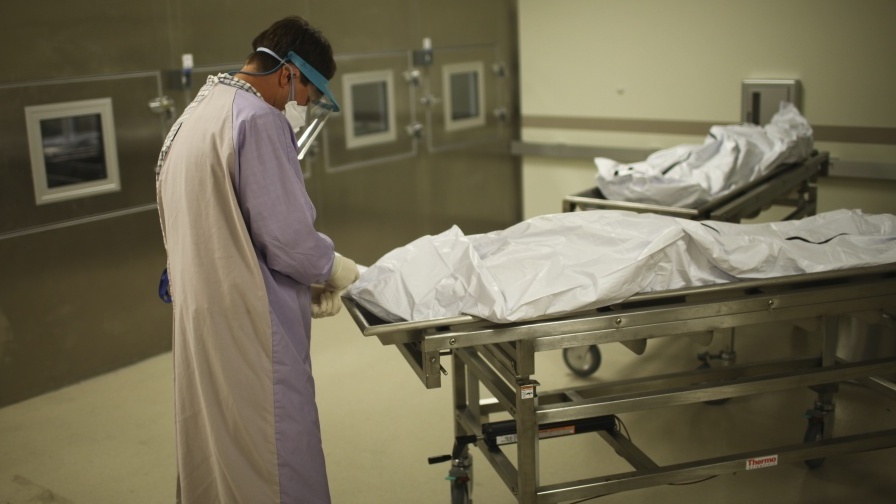 The medical examiner's office in New Mexico is considered the gold standard that all medical examiners should meet because it employs enough staff to investigate and autopsy all sudden or violent deaths.

This is our second report in the NPR News Investigations series Post Mortem: Death Investigation in America in partnership with ProPublica and PBS Frontline.

When someone dies unexpectedly or in suspicious circumstances it is the job of a coroner or medical examiner to investigate what caused the death. We rely on these death investigators to provide the autopsy report and a death certificate to settle estates, insurance claims and bring murderers to justice.

More From Our Series

How Is Death Investigated In Your State?

In the United States there isn't just one system. Coroners can be elected or appointed. Some are also sheriffs or funeral home directors. But many coroners aren't doctors.

There are also medical examiners, who usually are medical doctors but may not be forensic pathologists trained in death investigation.

But no matter what form it takes, the death investigation system in the U.S. is in trouble. A yearlong investigation by NPR, PBS Frontline and ProPublica has found a dysfunctional system short of qualified people, squeezed for resources and lacking in oversight.

Two years ago a blue ribbon panel created by the National Academy of Sciences pointed out the lack of mandatory standards for autopsies and the absence of oversight into the performance of coroners and medical examiners. It recommended that the goal of every state should be to move away from a coroner system, which is not based on medicine, and instead hire board certified forensic pathologists and put them to work as medical examiners.

The coroner system was imported from Britain where it was originally a method for the king to be informed of deaths so he could extract one last round of taxes. Now, most of the states in the U.S. rely on this system.

During the recent midterm election campaign some of the political candidates knocking on doors asking for votes were the people responsible for signing death certificates.

In an affluent Denver suburb, Mike Dobersen's first task while campaigning was to get past people's surprise that coroners are elected.

"The first thing they say is, 'What do you mean I have to vote for the coroner?' The second thing they usually come out [and say] is, 'You mean you don't have to be a doctor?' " says Dobersen, who has been the coroner in Arapahoe County, Colo., for 17 years.

He is a rarity among coroners not only because he is a medical doctor but also because he's a board certified forensic pathologist, which means he's formally trained to perform autopsies after many years of schooling.

Each election, he is in danger of losing his job to someone with no medical training. In many states, the only requirement to get the job is to be of legal age and have no felony convictions.

"A lot of people don't really understand what the coroner does and tend to vote their political affiliation," Dobersen says.

When Election Day arrived, Dobersen, who ran as a Democrat, barely managed to keep his job in the Republican surge, winning 51 percent of the vote.

A Need For Trained Practitioners

Marcella Fierro, who retired as chief medical examiner in Virginia in 2008, says the autopsy is the cornerstone of death investigation. It was her job to decide which cases to autopsy. 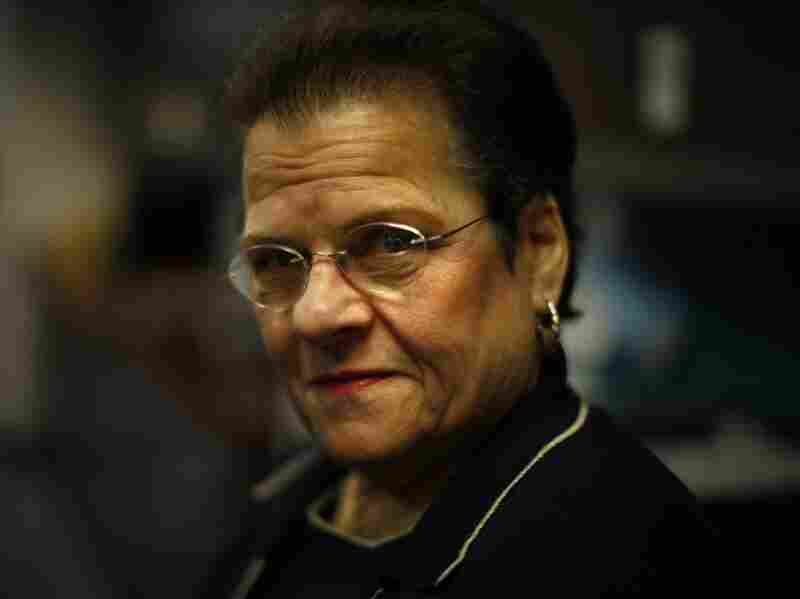 Dr. Marcella Fierro, the former chief medical examiner in Virginia, is a member of the National Academies of Science panel that issued a report recommending an overhaul of the country's death investigation systems. John W. Poole/NPR hide caption 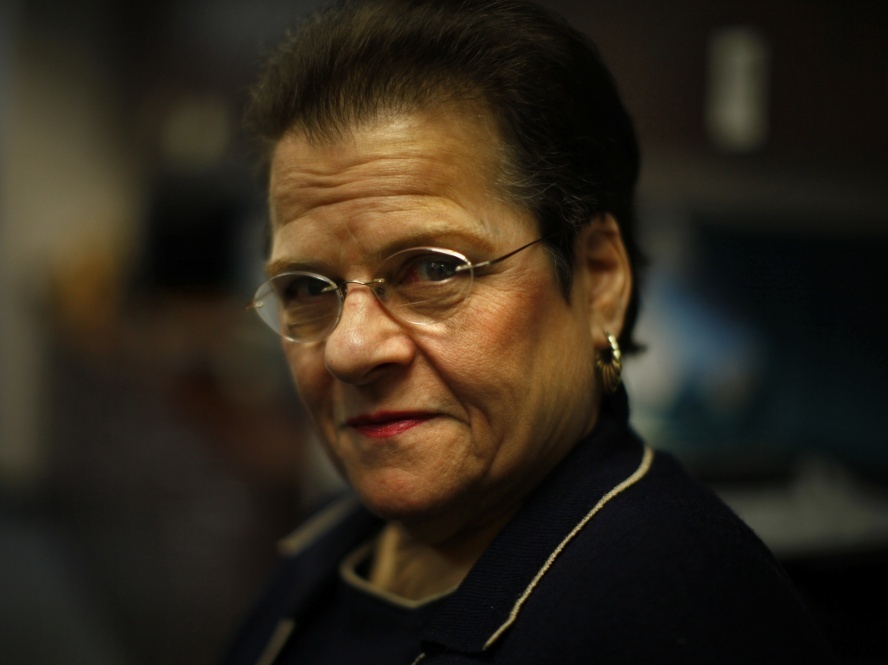 Dr. Marcella Fierro, the former chief medical examiner in Virginia, is a member of the National Academies of Science panel that issued a report recommending an overhaul of the country's death investigation systems.

"Most errors are buried," she says. "If a death isn't recognized as being suspicious or is suspicious, say, for violence and it's released as natural death, [then] it's buried or cremated, whatever the family wishes, never to rise again."

Fierro sat on the blue ribbon panel when the National Academy of Sciences took a look at the death investigation system. The panel described coroners as the weak link.

"On their best day, if they do not have the training, the skills, the infrastructure, the facility, the access to forensic science, they can't do a good job. It's a question of competency. How can you train someone who is not a physician?"

Medical examiner systems are operating in 16 states and the District of Columbia. Medical examiners are appointed to their position and almost always are physicians.

Ross E. Zumwalt, a medical examiner in Albuquerque, is proud of his new state-of-the-art office, which serves all of New Mexico. 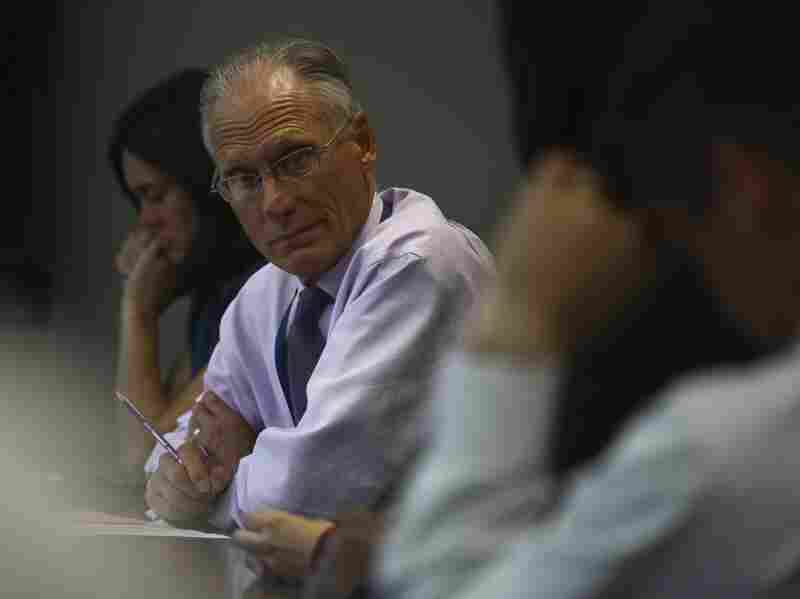 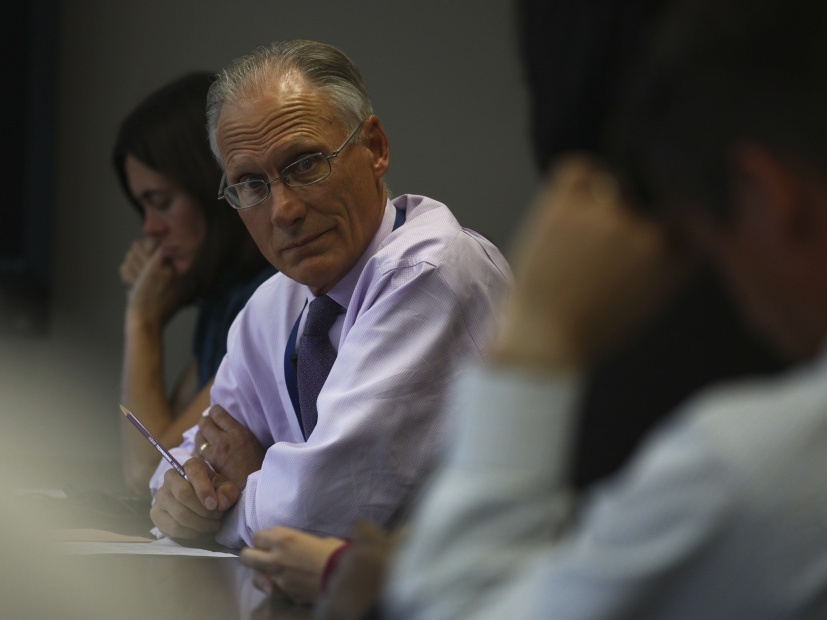 "This is such a pleasure to work in this spacious operating room type atmosphere," he says.

Zumwalt is a medical doctor with a specialty in forensic pathology. Like other medical specialties it takes about a dozen years of education and training.

He has been performing autopsies for 35 years, and his Albuquerque facility is one of the best in the country, not just because of the new building and its modern equipment, but also because he has enough staff to investigate and autopsy all sudden or violent deaths. The office currently has 12 forensic pathologists, seven who are board certified.

Around the country Zumwalt's colleagues see New Mexico as the gold standard that all medical examiner offices should meet, but only about a quarter of the offices reach a bar that high.

An investigation by NPR, PBS Frontline and ProPublica analyzed more than 60 of the nation's largest medical examiner and coroner offices. We found at least 100 doctors who are not board certified forensic pathologists.

Our investigation uncovered dozens of autopsies with serious mistakes in more than a dozen states. We read thousands of pages of records documenting how pathologists missed crucial evidence — such as a bullet hole in the neck, mucus in the lungs and signs of strangulation.

Zumwalt says where you die makes a difference especially when your death is unexpected or suspect.

The investigation across the country also found that it is not necessarily the poorest states or those states with smaller populations that fail to provide adequate death investigations.

Boston is home to some of the best medical facilities in the country. Like New Mexico, it is a state-run system. It was the first in the country to appoint a doctor to act as the medical examiner, back in 1877.

In 2000, an audit by the National Association of Medical Examiners found the agency was $10 million short of what it needed to do the job. The average salary for a forensic pathologist back then was $200,000 a year, but salaries in Boston were $95,000. That led to a chronic shortage of pathologists, most of them not board certified forensic pathologists. Those who are board certified have trained in what to look for in performing autopsies.

But the state had a series of serious mistakes that piled up over the years.

Even when funding began to improve in 2004, problems continued. The most recent audit in April of 2007 describes the office as being on the verge of collapse.

Henry Nields, the acting chief medical examiner, says he's doing his best to improve the office, but he highlights the budget shortfalls.

"Well, the place has already been fixed to some extent. I hate to come back to the money thing but we certainly need more funding to be at the level where I would like to be and I think it's a better place today than it was yesterday," he says.

Nields' budget in 2010 was still more than $3 million short of what the office needed to operate 10 years ago.