Accessibility links
Google Offers Virtual Gallery Tours Google is using its Street View technology to help people see art far away from where they live. The tech giant is creating virtual gallery tours at 17 museums in the U.S. and Europe, including the Metropolitan Museum of Art in New York City, the National Gallery in London and the Uffizi Gallery in Florence, Italy. 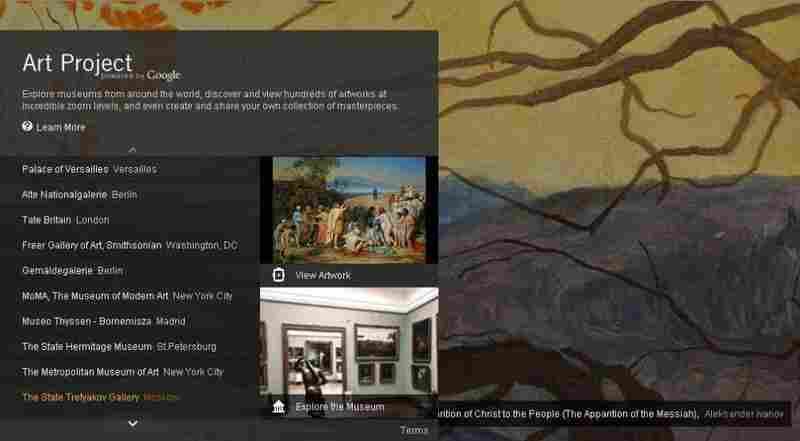 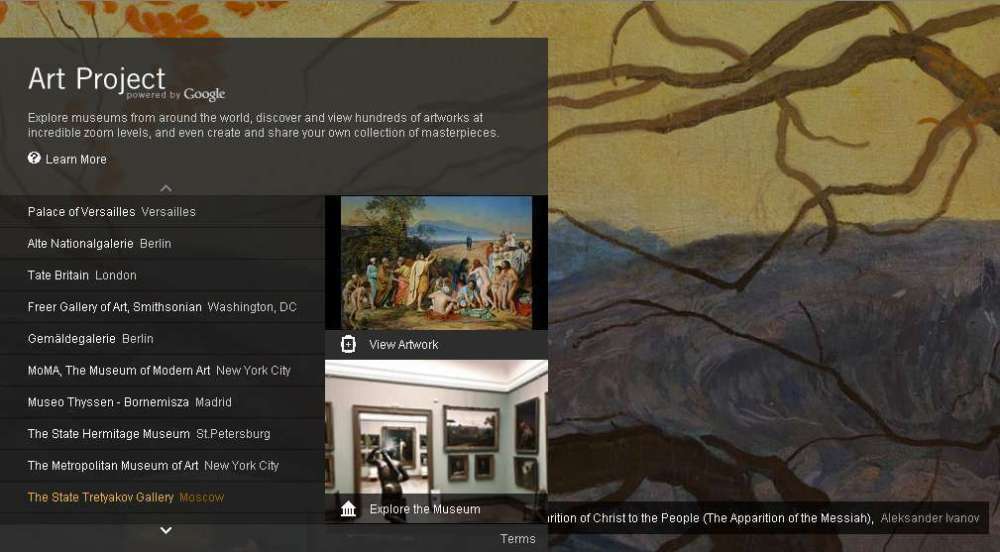 Internet giant Google unveiled a new website that allows virtual tours of some of the world's most famous art galleries.

The Google Art Project is the brainchild of employee Amit Sood, who created the site during time allotted by his employer for personal initiatives.

He says the tours are made possible using Google's Street View technology.

Each of the museums allowed one artwork to be photographed with extremely high-resolution "gigapixel" technology, including the "The Ambassadors" at London's National Gallery and "No Woman No Cry" at the Tate.

"You can actually get into details that are not visible to the naked eye using this technology," Sood says.

Among the galleries featured on the website are the Palace of Versailles in France, the Van Gogh Museum in Amsterdam and the Freer Gallery of Art at the Smithsonian in Washington, D.C.