Accessibility links
Thelonious Monk: 'Thelonious Himself' Using dissonant chords, a keen sense of space and knotty, syncopated melodies, Monk created some of the most original and challenging American music of the 20th century. Now, 90 years after his birth, his legacy is as strong as ever. 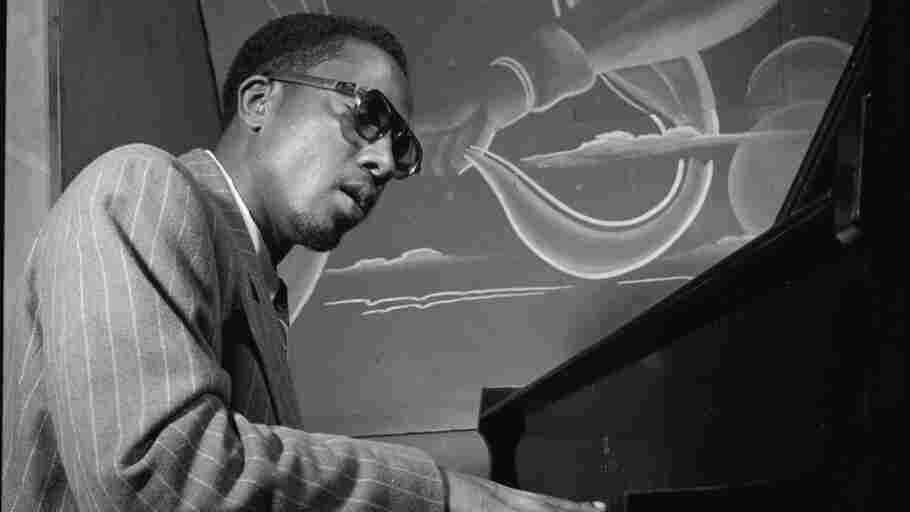 Monk was noted for his odd stage behavior, including a seemingly improvisational dance he performed during others' solos. William P. Gottlieb/Library of Congress via flickr.com hide caption 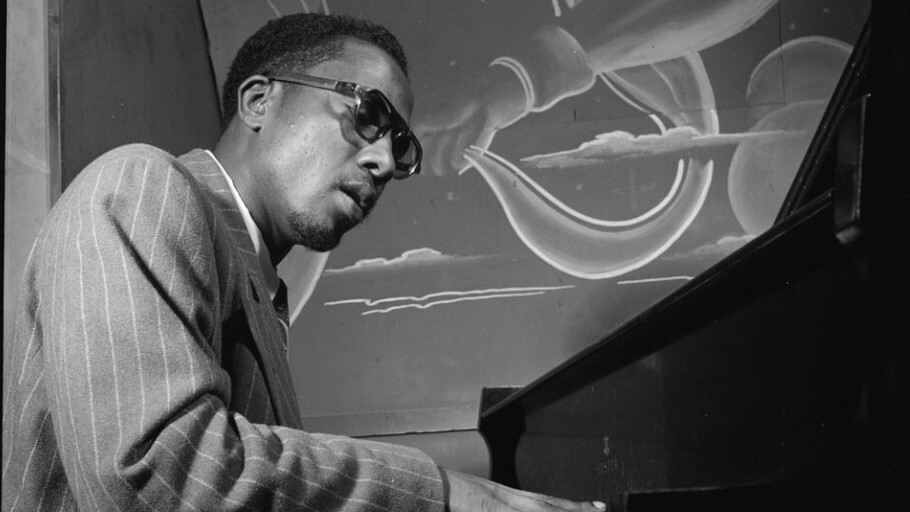 Monk was noted for his odd stage behavior, including a seemingly improvisational dance he performed during others' solos.

When you hear his name, you can expect to hear some of the most original and challenging music of the 20th century. Whether it's his dissonant chords or his uncanny sense of space and syncopation, pianist and composer Thelonious Monk's sound is easily recognizable. He left behind a legacy that has had a lasting influence on modern music and fellow musicians.

Born Oct. 10, 1917, Monk grew up in Manhattan in the '20s and '30s, with great stride pianists such as James P. Johnson, Fats Waller and Duke Ellington within earshot. Monk loved stride piano because it allowed him to infuse his playing with surprise and humor. Critic and writer Stanley Crouch calls Monk "an abstracted stride piano player ... he played it in a way that made it funny."

During the '40s, Monk was dubbed "The High Priest of Bop," and along with Dizzy Gillespie and Charlie Parker he led a generation of musicians through the bebop era.

Monk was almost as well-known for his unpredictable behavior as for his unique musical techniques. He would get up from the piano and dance around the bandstand, and was often labeled as aloof, eccentric and weird. Even Monk's son, drummer T.S. Monk, described his father as an "unusual guy." Critics dismissed Monk, and even ridiculed him, but he persevered despite the bad press.

For years, they were telling me to play commercial, be commercial. I'm not commercial. I say, play your own way. You play what you want, and let the public pick up on what you were doing, even if it takes 15, 20 years.

In 1951, after doing jailtime for drug possession, he was banned from performing in New York clubs. With the help of jazz patron Baroness Pannonica de Koenigswarter, he was able to win back his right to play again.

Monk's career took off with the recording of Brilliant Corners, and his work at the Five Spot in New York also helped win him a new following and reputation. He landed a contract with Columbia Records — at the time, one of only a handful of jazz artists to do so — and was featured on the cover of Time magazine.

Almost six years before his death, Monk stopped playing. No one knows why, although some speculate that there were health reasons. He spent most of those final years alone at the home of the Baroness. Monk died of a stroke on Feb. 17, 1982.

It took years for the jazz world to understand Monk's contribution to the genre, but now his tunes rank among the most-played jazz compositions; his classic ballad "'Round Midnight" is one of the most familiar themes in all of jazz. With numerous tributes and awards for his work, as well as legions of faithful fans, Monk has earned a unique place in the pantheon of American music.