Accessibility links
On Human Rights, Obama Is All Talk, Critics Say The protests in Egypt have given President Obama an opportunity to back up his rhetoric on human rights with actions. But his response hasn't been earning high marks from human rights activists so far. 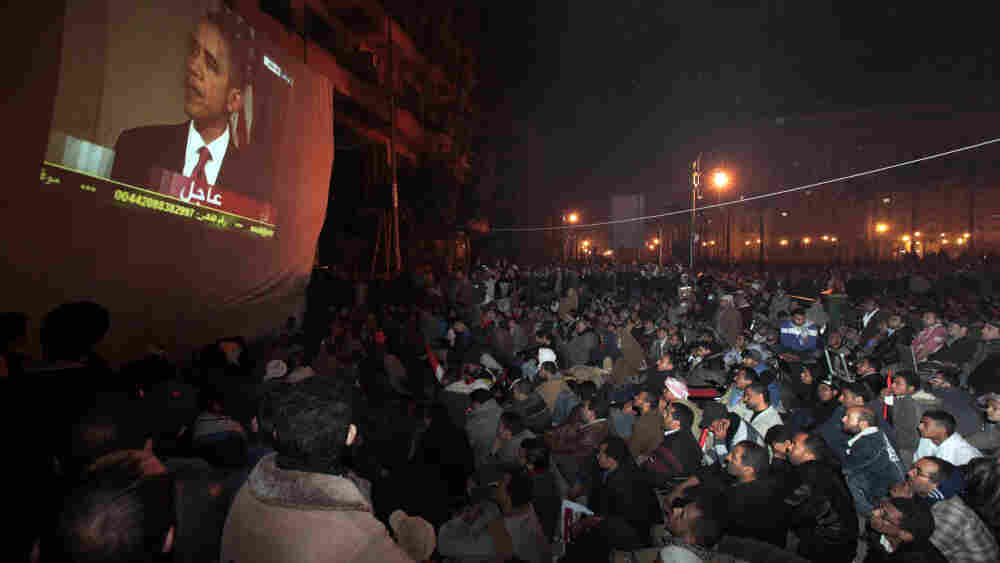 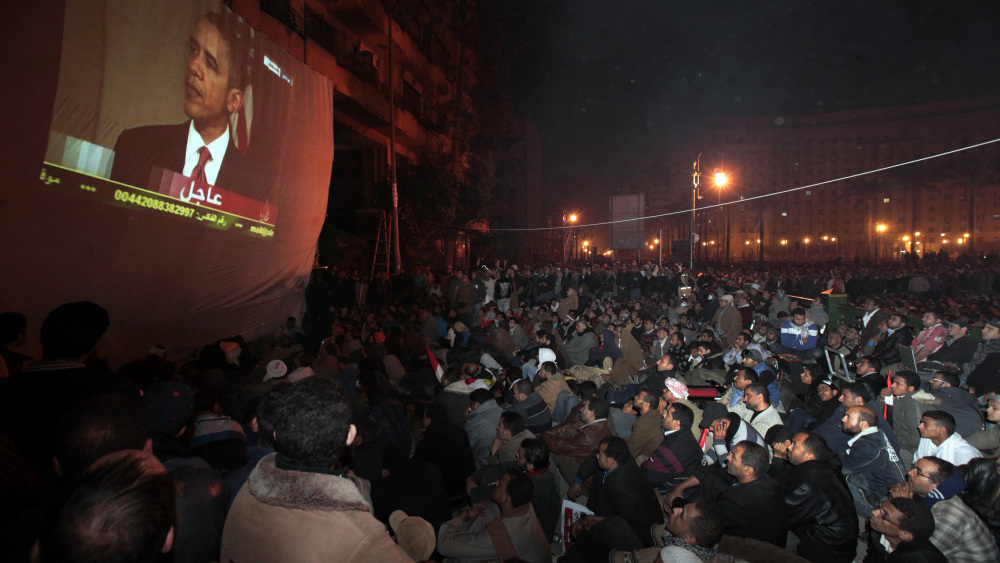 President Obama has met with international human rights activists several times during his two years in office. He consistently assures them that he is on their side, though he may not always be able to show it.

Now the protests in Egypt have given the president an opportunity to back up his words with actions. But his response hasn't been earning high marks from the human rights community so far.

"We have a lot of excellent speeches, excellent words, excellent rhetoric through more than two years from this administration," says Egyptian activist Bahey El Din Hassan. "But on the ground we have seen nothing."

Hassan, who runs the Cairo Institute for Human Rights Studies, is in Washington this week meeting with government officials about the situation in Egypt.

For two years, he has called on Obama to put the words supporting human rights into action.

When asked if the United States has passed or failed the test of Egypt, Hassan answers: "Definitely he hasn't passed this test, and waiting more and more it would be too late for [the] U.S. to have a role to play."

The White House rejects the view that it has failed on the ground when it comes to human rights.

This president, like his predecessors, often says the U.S. is pressuring world leaders on human rights behind closed doors. But activists can only judge what they can see.

'This Is Out Of Our Control'

"We are reaching out to all sorts of people and organizations in the broader society, beyond just the government," he said.

At the same time, Daley said, a lot of this is in the hands of the Egyptian people.

"This is out of our control. Even though we like to think at times that we can control everything in the world, and there are some people who think simplistically that, 'Oh, we could just tell them to do this,' it truly is not up to us," he said. "And it never has been — or it's been a very, very, very long time since other governments can come in and control this sort of thing."

The White House is trying to thread a needle — not just between the protesters and President Hosni Mubarak, but with other Arab leaders who have started to look shaky.

At the White House on Monday, Kent State University political scientist Joshua Stacher attended a meeting on Egypt. On Wednesday, Stacher told All Things Considered that he believes the president could do more to support the protesters.

Stacher believes there's a disconnect between Obama's rhetoric and his actions.

"At some point, you have to decide who you're with, and every time it's been presented this way, the United States and President Obama have signed up with President Hosni Mubarak," he said.

Early on in his administration, Obama tried to rebuild diplomatic relationships around the world by making a break with what his administration saw as the paternalistic rhetoric of the Bush years. Tom Malinowski of Human Rights Watch believes he may have gone too far.

"For example," he says, "by stressing perhaps a bit too much that when it comes to democracy and human rights, the United States is not interested in imposing its values on anyone."

That rhetoric has changed.

Now Obama often talks about freedom as a universal right that everyone is entitled to. But Elisa Massimino of the group Human Rights First complains that rhetoric has not improved freedom and democracy on the ground.

"And you know, the administration has consistently said that it wants to be judged not on its rhetoric but on results," she says.

Egypt is now showing results. But it's not clear whether those results are despite, or because of, Obama's actions.