Accessibility links
'iCarly': How Playing To Girls And Boys (But Not Adults) Helped Build A Hit Elizabeth Blair reports on a popular Nickelodeon show that you might never even hear about unless you have kids to watch it with. And we ask an open question about kids' entertainment that works on both boys and girls. 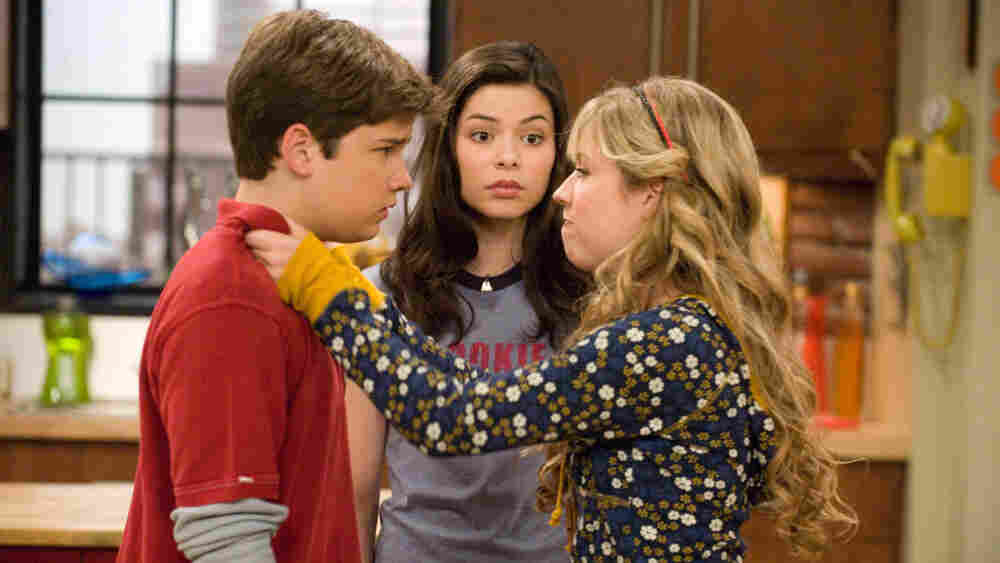 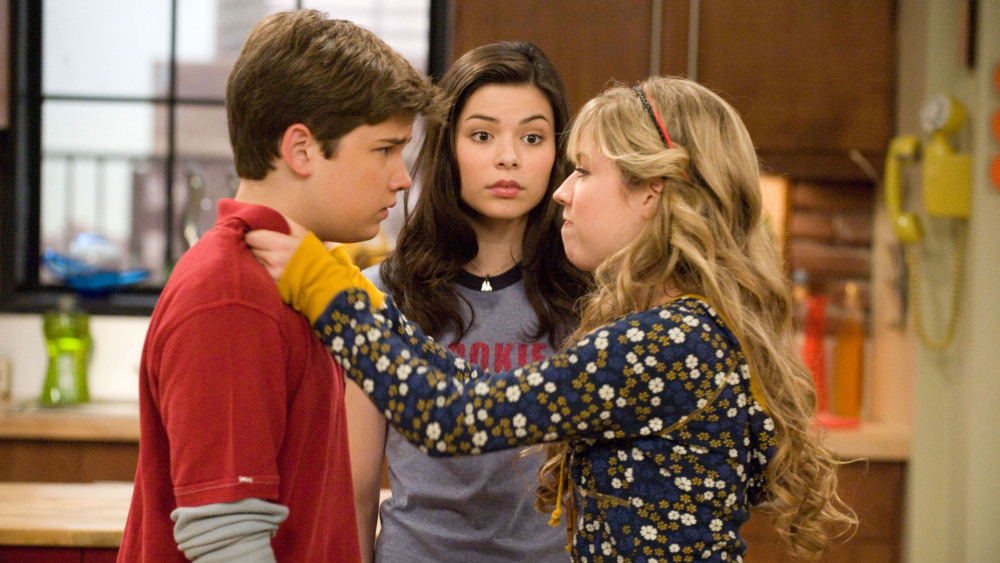 Call it "disintermediation" or "cultural fragmentation" — but American culture is sliced up in so many ways that what's popular with one group can go virtually unnoticed by another. NPR explores how we came to live in "a culture of many cultures."

Today on All Things Considered, we continue NPR's series on what we're calling "Fractured Culture," which has touched on the finer points of everything from Final Fantasy to BET's 106 and Park. Today, Elizabeth Blair reports on a cable show whose niche appeal is based largely on a strictly temporary characteristic: its audience's age.

As Blair explains in the piece, Nickelodeon's iCarly is about a teenage girl with a couple of friends and an older brother who acts as her guardian. She has her own popular webcast, too — that's where the name "iCarly" comes from. And iCarly is popular enough that one special episode was the highest-rated cable telecast of 2010 that wasn't a football game on ESPN.

The show's producer, Dan Schneider, has been a big success at Nickelodeon, having also created a handful of other shows including the popular Drake & Josh, and he says that part of his secret is to avoid injecting many adults into the story, even in the traditional uptight-school-principal kind of way: "I don't bring adults onto the show and have them be a drag. Because I want kids to love the shows and the shows are about kids, and kids winning, and kids taking power over their lives and doing cool fun things."

Interestingly, while we're talking about how age may divide a generation of kids from their parents, note that Schneider played a totally different role in the pop culture of the moms and dads of his current target audience: he used to be an actor. While he was no movie star, he's a reasonably familiar face, having played (among other roles) a high school student in the sitcom Head Of The Class in the late '80s (he played Dennis, who sat in the back corner with the computer).

One of the things Elizabeth Blair mentions in the story is that as fractured as the show is by age — in that it holds little appeal for anybody who isn't either a kid or watching it one — its audience isn't as lopsided by gender as you might expect. Despite the fact that it's a show centering on a pair of girls, the audience is about 45 percent boys.

You may remember that this backs up something we talked about in this space all the way back when the people marketing Tangled seemingly took the position that they needed to play up the guy and downplay the princess, or boys wouldn't go see the movie. As I mentioned then, the age-appropriate boys I know have been perfectly happy to watch iCarly all day, alongside Drake & Josh and The Suite Life Of Zack & Cody and other traditionally boy-centered television.

Since the Fractured Culture series is all about what divides (and perhaps doesn't divide) audiences into smaller and smaller segments, we wanted to throw out an open question for you to consider: Is there other kids' entertainment that would seem to be aimed at girls that you find boys will watch, or vice-versa? Do you find that with kids, the tastes of boys and girls vary with any consistency, or are those variations swamped by the variations from one individual boy or girl to another? Obviously, some things are undoubtedly universal, but we were curious about what experiences you've had with what the kids in your lives choose for entertainment.