Accessibility links
The 'Black History' Of America's White House In The Black History of the White House, Clarence Lusane traces the country's race relations by telling the stories of the African-American men and women who built, worked at and visited the presidential home.

For many Americans, the White House stands as a symbol of liberty and justice. But its gleaming facade hides harsh realities, from the slaves who built the home to the presidents who lived there and shaped the country's racial history, often for the worse. In The Black History of the White House, Clarence Lusane traces the path of race relations in America by telling a very specific history — the stories of those African-Americans who built, worked at and visited the White House.

"Most of us grew up learning history, and we learned about George Washington and the cherry tree and all of that," Lusane tells NPR's Mary Louise Kelly, "but everything else was kind of a blur." But when you do the research, he says, you see how slavery "really shaped the first third of the country's history, and certainly impacted the White House and the occupants of the White House." 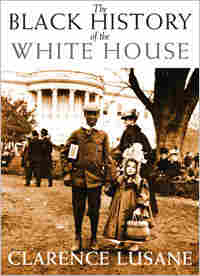 George Washington owned 10 slaves as an 11-year-old, and more than 300 by the time he died. One woman, named Oney Judge, captured Lusane's interest. "Oney was one of the enslaved individuals who traveled with George Washington after he was elected president," Lusane explains.

The White House hadn't been built yet, so during the 10 years of its construction, Washington spent time in New York, then moved to Philadelphia. In Philadelphia, "he had a couple of problems." Philadelphia had a law called the Gradual Abolition Act, passed in 1780. It stated that any slave brought into the state was eligible to apply for their freedom if they were there for longer than six months. Washington rotated his slaves to get around the law.

Judge worked for Martha Washington, who planned to give her away to a relative as a wedding gift. That inspired Judge to act — she knew the Washingtons planned to free their slaves upon their deaths, but that would be unlikely under a new master.

"One evening in 1796, before Washington's presidency ended in Philadelphia, while the Washingtons were sitting down to dinner, she went out the back door," says Lusane. She'd made contact with the local black community, and they helped her escape.

Judge was later discovered in New Hampshire, and President Washington decided to go after her. "Now, think about this," says Lusane. "You've escaped from the most powerful individual in the country, who can send virtually anybody after you. That's the kind of courage that she had."

Washington sent someone to sit down with her and ask her to come back with the promise that she'd eventually be free. Her response, says Lusane, was, "Well, I'm already free." Washington then sent his nephew to kidnap her, but she had been warned and never went back into slavery.

"Her story is so compelling," says Lusane, because she started as powerless as could be — as a slave. But because her desire for freedom was so strong, "she was willing to go up against the most powerful person in the country."

Excerpt: 'The Black History Of The White House'

African Americans and the Promise of the White House

I, too, am America — Langston Hughes, from his poem "I, Too, Sing America"

More than one in four U.S. presidents were involved in human trafficking and slavery. These presidents bought, sold, bred and enslaved black people for profit. Of the twelve presidents who were enslavers, more than half kept people in bondage at the White House. For this reason there is little doubt that the first person of African descent to enter the White House — or the presidential homes used in New York (1788–1790) and Philadelphia (1790–1800) before construction of the White House was complete — was an enslaved person. That person's name and history are lost to obscurity and the tragic anonymity of slavery, which only underscores the jubilation expressed by tens of millions of African Americans — and perhaps billions of other people around the world — 220 years later on November 4, 2008, when the people of the United States elected Barack Obama to be the nation's president and commander in chief. His inauguration on January 20, 2009, drew between one and two million people to Washington, D.C., one of the largest gatherings in the history of the city and more than likely the largest presidential inauguration to date. Taking into account the tens of millions around the globe who watched the event live via TV or Internet, it was perhaps the most watched inauguration in world history. It was of great international interest that for the first time in U.S. history, the "first family" in the White House was going to be a black family.

Obama has often stated that he stands on the shoulders of those who came before him. In terms of the White House, this has generally been seen to mean those presidents he admires, such as Abraham Lincoln, Franklin Roosevelt, John Kennedy, and Lyndon Johnson, who all inspired him in his political career. However, he is also standing on the shoulders of the many, many African Americans who were forced to labor for, were employed by, or in some other capacity directly involved with the White House in a wide array of roles, including as slaves, house servants, elected and appointed officials, Secret Service agents, advisers, reporters, lobbyists, artists, musicians, photographers, and family members, not to mention the activists who lobbied and pressured the White House in their struggle for racial and social justice. As the Obama family resides daily in the White House, the narratives of these individuals resonate throughout their home.

The black history of the White House is rich in heroic stories of men, women, and youth who have struggled to make the nation live up to the egalitarian and liberationist principles expressed in its founding documents, including the Declaration of Independence and the U.S. Constitution. For over 200 years African Americans and other people of color were legally disenfranchised and denied basic rights of citizenship, including the right to vote for the person who leads the country from the White House. But despite the oppressive state of racial apartheid that characterized the majority of U.S. history, in the main, as Langston Hughes reminds us, black Americans have always claimed that they too are American.

At the end of the nineteenth century, when Jim Crow segregation and "separate but equal" black codes were aggressively enforced throughout the South, few African Americans were permitted to even visit the White House. As Frances Benjamin Johnston's 1898 photo on the cover of this book indicates, however, black children were allowed to attend the White House's annual Easter egg–rolling ceremony. Permitting black children to integrate with white children on the White House premises one day a year was acceptable, even though such mingling was illegal in many public spaces throughout the South at the time, including libraries and schools.

The Easter egg–rolling tradition had begun on the grounds of the Capitol, but concern over damage to the grounds led to the 1876 Turf Protection Law, which ended the practice at that site. Two years later, President Hayes — who had won the presidency by promising to withdraw federal troops protecting African Americans in the South from whites who opposed black voting and political rights — opened the White House's south lawn for the event. By the time of Johnston's photo, the 1896 Plessy v. Ferguson decision legalizing segregation had been implemented, the last of the black politicians elected to Congress would soon be gone by 1901, and accommodationist black leader Booker T. Washington, who was also photographed by Johnston, was on the ascendant.

For many African Americans, the "white" of the White House has meant more than just the building's color; it has symbolized the hue and source of dehumanizing cruelty, domination, and exclusion that has defined the long narrative of whites' relations to people of color in the United States. Well before President Theodore Roosevelt officially designated it the "White House" in October 1901, the premises had been a site of black marginalization and disempowerment, but also of resistance and struggle. Constructed in part by black slave labor, the home and office of the president of the United States has embodied different principles for different people. For whites, whose social privileges and political rights have always been protected by the laws of the land, the White House has symbolized the power of freedom and democracy over monarchy. For blacks, whose history is rooted in slavery and the struggle against white domination, the symbolic power of the White House has shifted along with each president's relation to black citizenship. For many whites and people of color, the White House has symbolized the supremacy of white people both domestically and internationally. U.S. nativists with colonizing and imperialist aspirations understood the symbolism of the White House as a projection of that supremacy on a global scale.

Centuries of slavery, brutally enforced apartheid, and powerful social movements that ended both, are all part of the historical continuum preceding the American people's election of Barack Obama. Few people, black or otherwise, genuinely thought that they would live to see what exists today: a black man commanding the presidency of the United States and a black family running the White House. Despite important advances in public policy and popular attitude since the social movements of the 1950s, '60s and '70s, for the many people of color who lived through the segregation era and experienced the viciousness of racists, the complicity of most of their white neighbors, and the callous disregard and participation of city, state, and national authorities, Obama's election was a moment never imagined. It was never imagined, in part, because of the misleading and unbalanced history we have been taught. 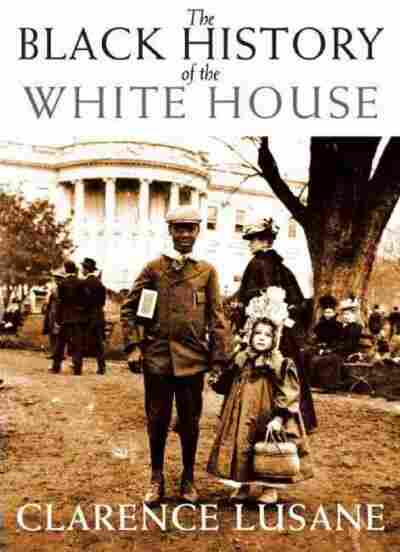 The Black History of the White House