Accessibility links
The Nation: Dan Snyder Manages To Offend Everyone Recently, a squabble of sorts has arisen between Dan Snyder, owner of the Washington Redskins, and D.C.'s own City Paper over a piece that editor Dave McKenna wrote back in November. Dave Zirin of The Nation argues why this puts Dan Snyder in first place for worst owner in the world of sports.

The Nation: Dan Snyder Manages To Offend Everyone

The Nation: Dan Snyder Manages To Offend Everyone 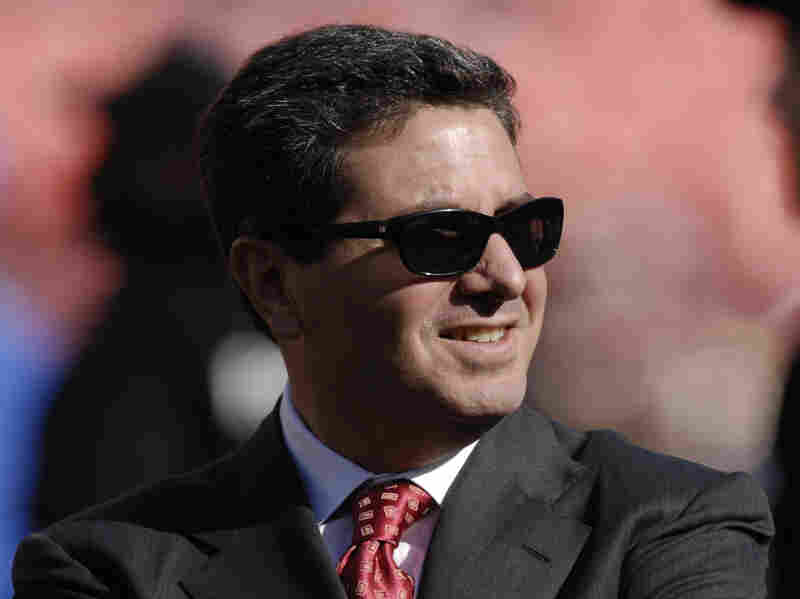 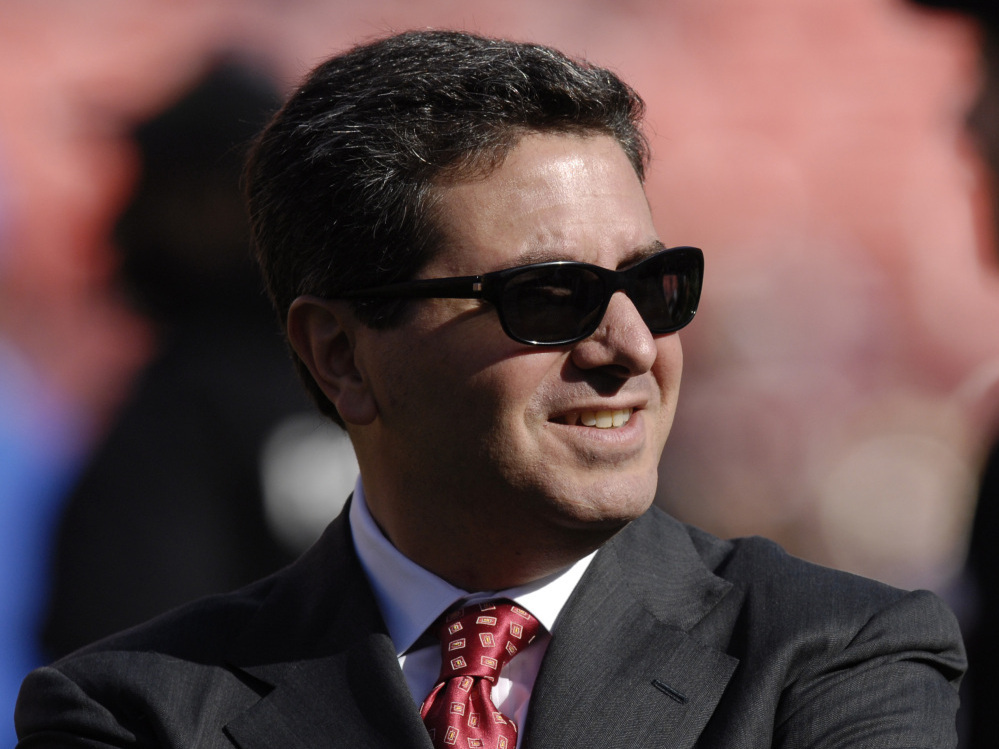 Washington Redskins owner Daniel Snyder watching during pre-game warmups before an NFL football game against the Carolina Panthers in 2006. Recently, Snyder was featured in a satiric article in D.C.'s City Paper.

Dave Zirin is the sports editor for The Nation. He is the author of Bad Sports: How Owners Are Ruining the Games We Love.

I'm often asked who's the best owner in professional sports. The answer is easy: it's the 112,000 owners of the Green Bay Packers, the only fan-owned, not-for-profit team in the United States.

I'm also often asked who's the worst owner in the wide world of sports. This has been a tougher nut to crack: do you go with people who bankroll the right-wing fringe, like the Orlando Magic's Dick DeVos? Or do you choose the "Slumlord Billionaire," Los Angeles Clippers owner Don Sterling, who had to pay out the largest housing discrimination settlement in the history of the United States?

After today, I now I have an answer: it is without question the owner of Washington Redskins, Daniel Snyder. Snyder already has a twelve-year track record of utter incompetence, with a dash of contempt for anyone in his line of vision. It was team legend John Riggins who once said that Snyder had a "dark heart." He said it for good reason. This was, after all, a man whose club has taken grandmothers to court and bankrupted them for not being able to afford their season tickets and who has starred in a host of other incidents that boggle the mind in their small-mindedness. Snyder has done this while lording over a franchise with the most racist name in sports, a name that harkens back to team founder George Preston Marshall's segregationist and proudly racist politics.

But today, Snyder really cemented his position as the worst of the worst. News has broken that the billionaire owner is trying to get longtime DC City Paper reporter Dave McKenna fired. (Team officials deny they are seeking McKenna's ouster.)

McKenna's crime was writing an article last November called "Cranky Redskins Fans Guide to Dan Snyder." Now we know that Snyder has threatened to bankrupt City Paper with litigation unless some undisclosed action is taken. The letter from David Donovan, the Redskins General Counsel, addressed to the small-time Hedge Fund that owns City Paper, reads,

"Mr. Snyder has more than sufficient means to protect his reputation. We presume that defending such litigation would not be a rational strategy for an investment fund such as yours. Indeed, the cost of litigation would presumably quickly outstrip the asset value of the Washington City Paper."

Especially disturbing to Snyder was a picture of picture of the Redskins owner in City Paper with a mustache, beard, and horns drawn on his face. This to Donovan, and by extension Snyder, stains City Paper with anti-Semitism. Donovan writes, "How would you react if you were vilified by an anti-Semitic caricature of you?" Then the Simon Wiesenthal Center's associate dean, Rabbit Abraham Cooper wrote,

"Public figures, including an owner of an NFL team, are fair game for criticism and even derision. However it is inappropriate and unacceptable when a symbol like this — associated with virulent anti-Semitism going back to the Middle Ages, deployed by the genocidal Nazi regime, by Soviet propagandists and even in 2011 by those who still seek to demonize Jews today — is used on the front cover of a publication in our Nation's Capital against a member of the Jewish community."

City Paper, in a tart response titled On the Matter of Dan Snyder's Horns, shot back, "The image of Snyder doesn't look like an 'anti-Semitic caricature' — it looks like a devil. But we at City Paper take accusations of anti-Semitism seriously — in part because many of us are Jewish, including staffers who edited the story and designed the cover. So let us know, Mr. Snyder, when you want to fight the real anti-Semites."

Please let me take this a step further. As a Jew, I find the idea that accusations of anti-Semitism and the memory of the Holocaust and genocide are being casually used by Dan Snyder's people because his feelings were hurt to be reptilian and beneath contempt. It trivializes every last person — whether Jewish, Roma, Gay, Catholic, trade unionist or Red — who died at the hands of Hitler's Germany.

Also, lest we forget, Dan Snyder owns a team whose name and logo are a celebration of the genocide of our Native American brothers and sisters. Every Sunday the Redskins take the field, their namesakes' memory is slandered and suffering celebrated. If Dan Snyder was really an opponent of genocide, he'd change the name of his team. Until that happens, this incident reveals him to be worse than an insensitive dullard. It marks him as a hypocrite.

So to sum up, a billionaire gets zinged by a local rag with a modest readership and proceeds to trivialize the Holocaust and blackmail the paper with financial Armageddon. All in a day's work for Dan Snyder. Go Packers. If you win, it will be a terrific statement that we don't need the Dan Snyders of the world to enjoy professional sports. Sports without owners. Now there is a thought for Super Bowl Sunday.