Accessibility links
Charidy's Case "Seven-hundred dollars," Charidy repeats. She clicks her tongue on the roof of her mouth each time she peels a piece of bark off of the birch tree in the center of Bakers Field. 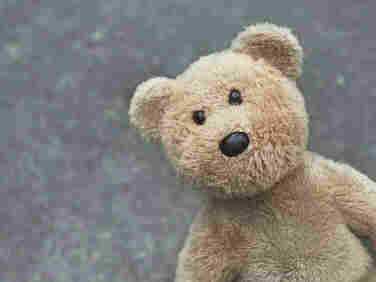 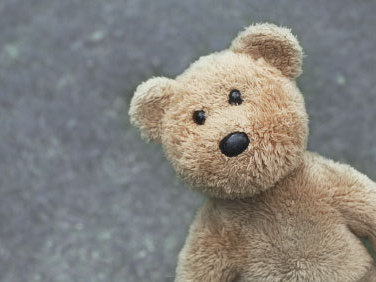 She clicks her tongue on the roof of her mouth each time she peels a piece of bark off of the birch tree in the center of Bakers Field. Pieces of paper-like bits surround her, scattered about the ground and onto the old pair of black, stretchy cotton pants and oversized men's long-sleeved, button-up shirt she wears. Her shoes, a pair of men's boots she acquired, are buried somewhere beneath the pile.

"Seven-hundred dollars." Charidy looks away, clicks her tongue with each peel, this time a little faster.

"The monarchy at Fountain Hall stole it!" Charidy is agitated now, the familiar uniform reminds her of someone.

"Charidy." Charidy's attention focuses. She recognizes the female in the fuzzy-hooded jacket, the teddy bear. "Charidy, we're here to get you some help."

"Mustard on rye bread. No pickles, please!" Charidy grins. Remembering that the teddy bear fed her in the past, she calms down, begins pulling her brown, mangy hair to the right side of her face. She twists it around, attempts to create a ponytail, as if she is fixing herself to meet someone.

"When was the last time you took your medicine?"

"Nineteen-ninety-nine ago when I got my glass eye," she laughs from deep within, slaps both knees, flapping the bark about her like a child playing in fall leaves.

The uniforms have been familiar with Charidy since the first complaint eight years ago when the woman was yelling gibberish at a children's park. The teddy bear speaks to the uniforms while Charidy rocks back and forth against the tree's trunk, clicking her tongue.

The teddy bear kneels down, speaks softly. "Charidy, we need to get you to a safe place. Will you come with me?" It's not as easy as it used to be.

"She ate those crawdads, yes ma'am she did. Yessirreee!" Charidy nods her head up and down, shakes her left index finger at no one visible as her voice rises like an angry preacher. "Ain't no one can tell me no different! I saw her do it! I watched it with my own two eyes!"

A gust of wind blows an indescribable foul odor into the nostrils of the uniforms. Two uniforms step back, widened eyes, grimaces of disgust and pity, leaving the third a few feet in front of them.

"Have you heard what the Taliban does for fun?" One offers to lighten the situation. "They sit around and get bombed." Light chuckling.

The teddy bear extends her hand to the middle-aged woman. "Come on, Charidy, I want to bring you to a place so you can get some warm clothes and hot soup. Wouldn't you like that? Some hot soup?"

"It was only one, ma'am! Only one!" Charidy squints her eyes, watches the teddy bear turn into a grizzly. "It was only one green-eyed fish! I swear officer! Ill never do it again!" she cries, dirt in every crease of her weathered face. Even her tears are gray.

Charidy won't go voluntarily anymore. She is different now. This is the part the uniforms hate most about their jobs. As they attempt to restrain her, a cloud of golden bark flutters around like angelic feathers, falling gracefully from the broken woman that only had a first name.