Accessibility links
Movie Reviews - 'Sanctum' - For An Underwater Epic, It's A Little Shallow Cavers swim for their lives when a storm floods the caverns they're exploring — but oddly enough, a claustrophobic underground setting proves a bad fit for 3-D. 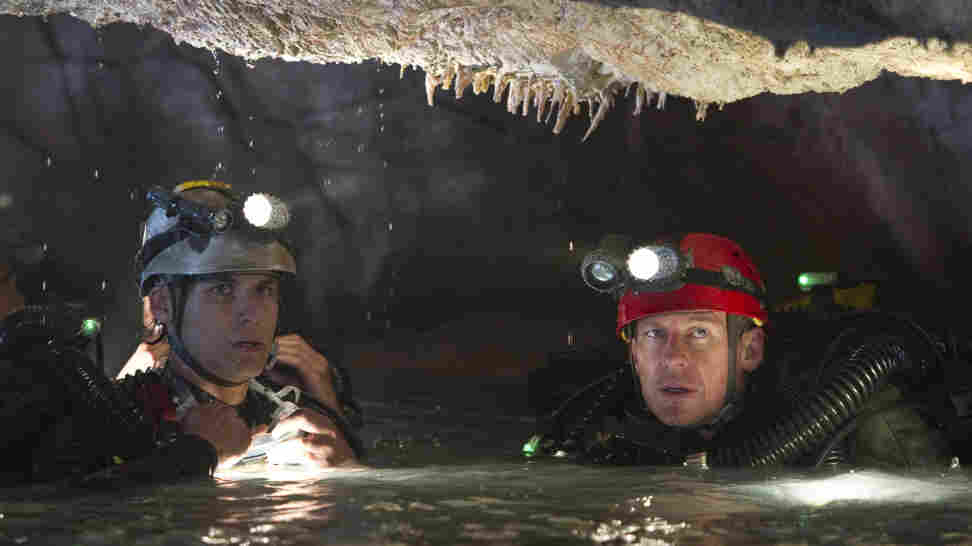 Chip Off The Old Shoulder: Josh (Rhys Wakefield, left) and his famous explorer father, Frank (Richard Roxburgh), must navigate their way through a cave system that floods after a sudden storm. Jasin Boland/Universal Pictures hide caption

Rated R for language, some violence and disturbing images.

I confess I don't quite get why people feel compelled to leap off cliffs or explore jungles or go spelunking in caves, but for movie purposes, it's helpful when they do it with gusto — and in Sanctum, people start leaping off cliffs in the middle of a jungle to go spelunking as soon as the credits fade.

'Race To The Bottom'

'Race To The Bottom'

They're led by Carl (Ioan Gruffudd), who appears to be a spelunkhead of the first order; he parachutes into the mouth of a massive cave system containing underwater lakes, unmapped passageways, inexperienced screenwriters and a small band of good-looking, exposition-spouting, psychologically mismatched explorers who will be trapped just as soon as the caves start filling up with water. Among them: Carl's girlfriend, Victoria (Alice Parkinson), who never passes up a chance to make a boneheaded decision.

Also on hand are Crazy George (Dan Wyllie), who frankly seems the least hysterical of the bunch, and teenager Josh (Rhys Wakefield), who loathes caving but was dragged along by his dad (Richard Roxburgh), the group's hard-nosed leader and resident realist. He proves that as soon as things start going wrong, lecturing everyone about how "there are no rescues down here, only body recoveries." (Cheerful sort. Makes you wonder why his son seems so distant.)

Anyway, once a tropical storm has settled in and starts filling the cave with water, Sanctum is essentially The Poseidon Adventure without an ocean liner; folks are dropping off right and left, with the guessing game of who'll die next providing the chief narrative thread. It says onscreen that the film was "inspired" by true events, but in the incident that "inspired" the film, everyone survived, which I guess wasn't sufficiently inspirational.

As for the 3-D effects? Well, 3-D has now taken audiences into outer space, into the concert hall and through the looking glass, so why shouldn't it plunge us into the world's biggest cave? Well, for one thing: Because it's kind of dark down there, so you can't see very far. Especially underwater. Which renders that whole "depth" thing kind of moot. 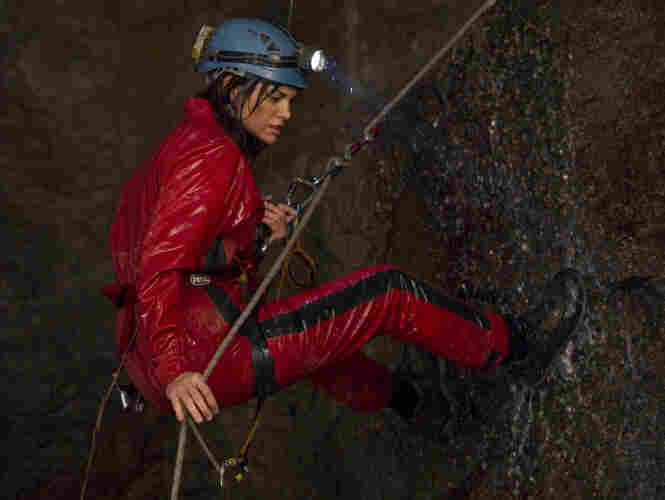 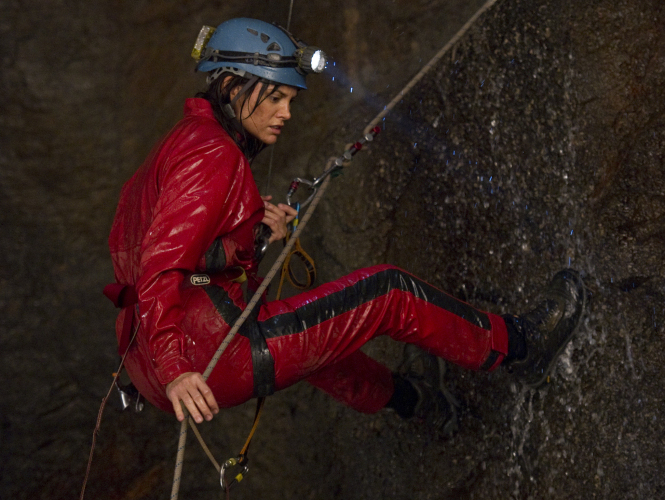 Oh, the technology has its moments — in that parachuting sequence at the beginning, for instance — but once the cave gets tight and the lights get dim, about the most three-dimensional thing director Alister Grierson can do is have his divers kick their flippers in our faces.

Are you surprised at that director's name, by the way? Grierson? The ads are plastered with the name James Cameron, creator of Titanic and Avatar, who apparently offered the filmmakers his 3-D cameras, some mentoring, and whatever else warrants his executive-producer credit.

He is not, however, the director of Sanctum — and not to get too sanctum-onious, but let's note that pushing him as hard as the ads do gives this movie's credibility the bends.