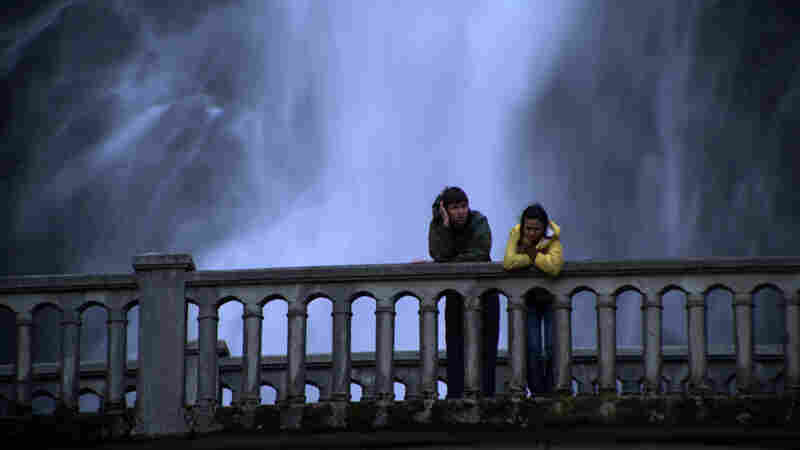 Set in his palpably beloved hometown of Portland, Ore., Aaron Katz's Cold Weather opens with a blurry oval shape. Is that a poached egg, a petrie dish, an anatomical close-up or — your imagination here — what?

The picture clears: Seen through a rain-spattered window, it's a rounded patch of grass outside a featureless building. Inside are Gail (Trieste Kelly Dunn), a responsible sort in her 20s with a steady job and a quiet life, and her brother Doug, a college dropout who's in the early stages of disrupting it. As played by cherubic non-pro actor Cris Lankenau, Doug is a cheery layabout with nothing better to do than lounge around his sister's cramped apartment reading detective novels and coax her into whale-watching expeditions when she should be working. When poverty calls, he'll find a dead-end job hauling ice in a factory.

Katz, who wrote and directed Cold Weather as he did his previous features, Dance Party, USA and Quiet City, comes associated with the "mumblecore" movement, a loose fraternity of woolly-hatted young filmmakers lumped together more by media shorthand than by their own design. United mostly by microscopic budgets and a notable disdain for story structure, the mumblecores — among them Andrew Bujalski (Beeswax), the Duplass brothers (Cyrus) and Joe Swanberg (Hannah Takes the Stairs) — trade off acting, directing, writing and producing duties as they train wobbly hand-held cameras on the verbose ramblings of a slacker generation stranded between minimum wage and round-the-clock indolence.

Katz is one of mumblecore's finest practitioners, not least because he's fast learning how to escape the movement's self-indulgent tics without going mainstream. Cold Weather has a frisky soundtrack and a lyric visual flair for capturing the dank romance of the Pacific Northwest. More to the point, it has a story, albeit one told with tongue affectionately planted in cheek. 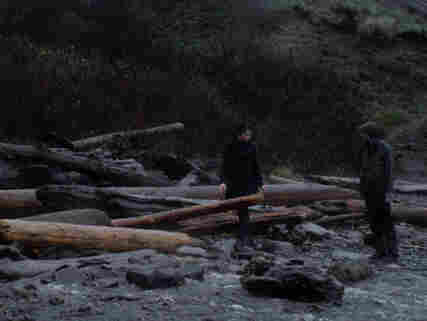 The mist-shrouded grays and greens of the Pacific Northwest are prominent players in Aaron Katz's film, which is as much about the relationship between Doug and his sister Gail (Trieste Kelly Dunn) as it is about the story's central mystery. Parks and Weather LLC hide caption

The arrival of Doug's former girlfriend Rachel (Robyn Rikoon) — and then her sudden disappearance from the motel where she's staying — sets off a gumshoe chase that's inspired less by Doug's abandoned major in forensic science than by his childhood passion for Sherlock Holmes. There's some tire-slashing and some ham-fisted stabs at code-breaking; Katz even risks a missing briefcase full of money and a search, with a sly hat tip to Raymond Chandler, for the only palm tree in Portland.

If genre rides to the rescue, it's less to beef up the action than to shed light on the hair-raisingly provisional ties that bind these siblings, friends and lovers, all of them members of a generation marooned in contingency. The real mysteries in Cold Weather hinge on hilariously windy conjectures that keep stopping the plot dead: What, these lost souls wonder, counts as a date, a friendship, a romance — for that matter, a real job in a post-recessionary world?

If mumblecore is about anything, it's about the fact that more than ever before, life's purpose must be cobbled together and reimagined as this new generation goes along. Which may be why the mumblecores are such miniaturists, and why Katz has nurtured his affinity for the amazing strangeness of the ordinary — that patch of grass, turned magical through his lens — and for the many ways in which we obstinately lather up fantastic tales from the banal grind of daily life. Without them, our souls would shrivel and die. (Recommended)