Accessibility links
Chef Jeff Collects Soul Food Through The Generations Chef Jeff Henderson of the Food Network's The Chef Jeff Project has a new book of more than 130 soul food recipes, called America I Am: Pass It Down Cookbook. The idea, Henderson says, is for the "community cookbook" to stay in the kitchen for hundreds of years. 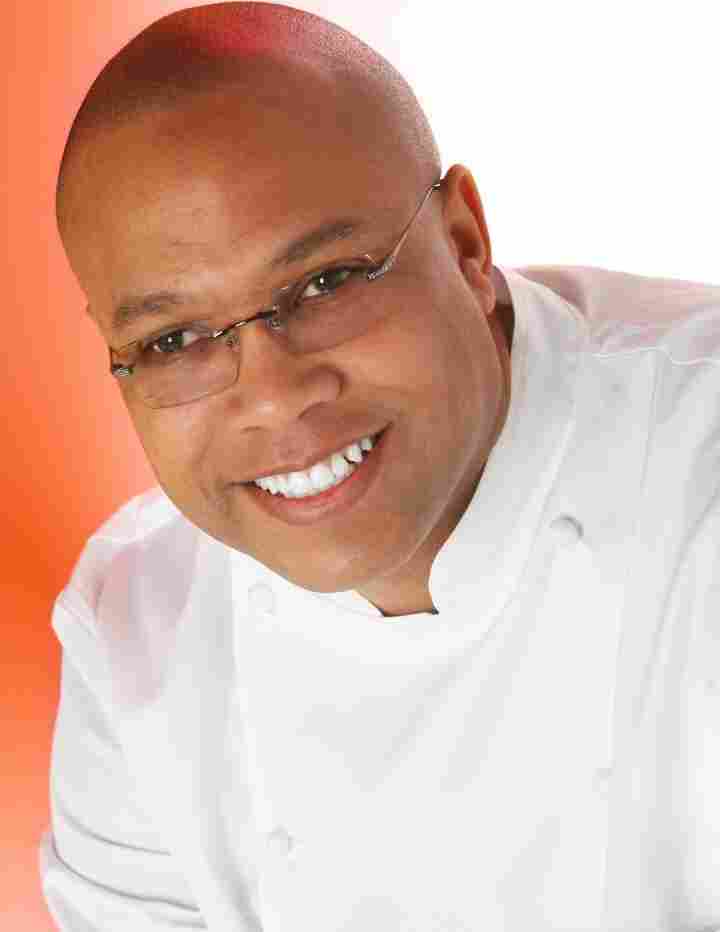 Chef Jeff Henderson, the star of the hit TV show The Chef Jeff Project and author of the new book America I Am: Pass It Down Cookbook, says he wants people to document their soul food recipes so they can be passed down from generation to generation. Courtesy of the Henderson Group hide caption 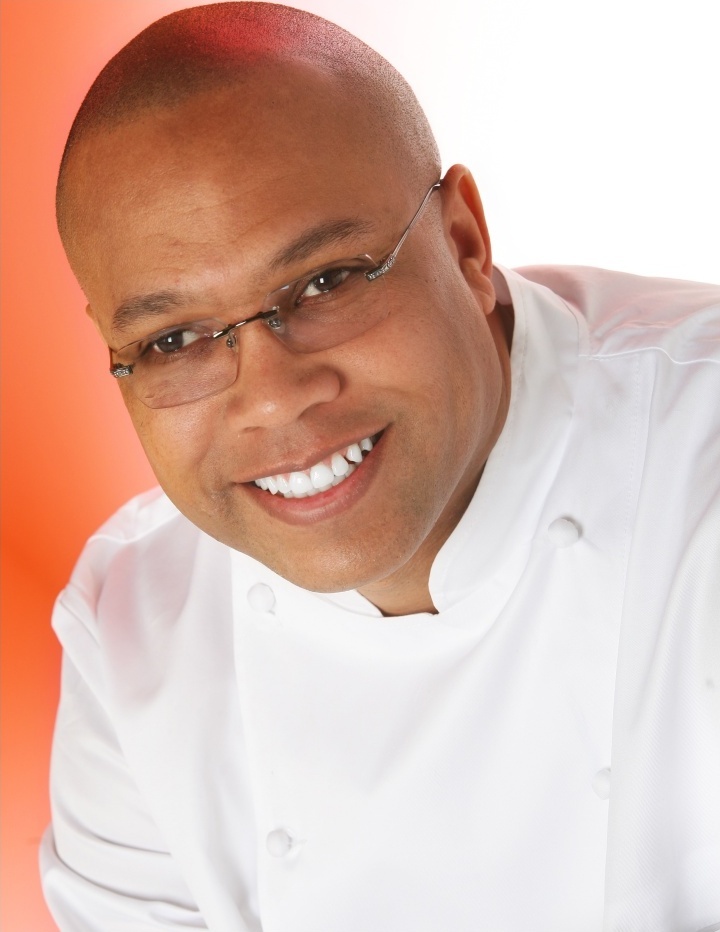 Chef Jeff Henderson, the star of the hit TV show The Chef Jeff Project and author of the new book America I Am: Pass It Down Cookbook, says he wants people to document their soul food recipes so they can be passed down from generation to generation.

Courtesy of the Henderson Group

Chef Jeff Henderson has been on a mission to collect soul food recipes that have been passed down from generation to generation — and the stories that go with them.

And it was quite difficult, says the star of Food Network's The Chef Jeff Project and the best-selling author of Cooked: From the Streets to the Stove, from Cocaine to Foie Gras. That's because the African-American community, he says, doesn't always write its recipes down.

"I remember asking my grandfather before he passed away for a recipe for his gumbo," Henderson tells NPR's Michele Norris. "And he was like, 'Boy, I don't have no recipe; you better get in this kitchen and watch how I do it.' We just don't document. And it's so important for us to start documenting history so we can tell our own story about many contributions that we make."

Henderson collected more than 130 recipes from across the country for his new book, America I Am: Pass It Down Cookbook.

"This is a book for the people by the people — it's a community cookbook," he says.

The food featured in the book helps tell the story of how the African-American experience influenced American cuisine.

"West African slaves brought okra seeds, and watermelon seeds in their dreadlocks," Henderson says. "And when they came here to America, they played a big role in farming, in cultivation of vegetables here." 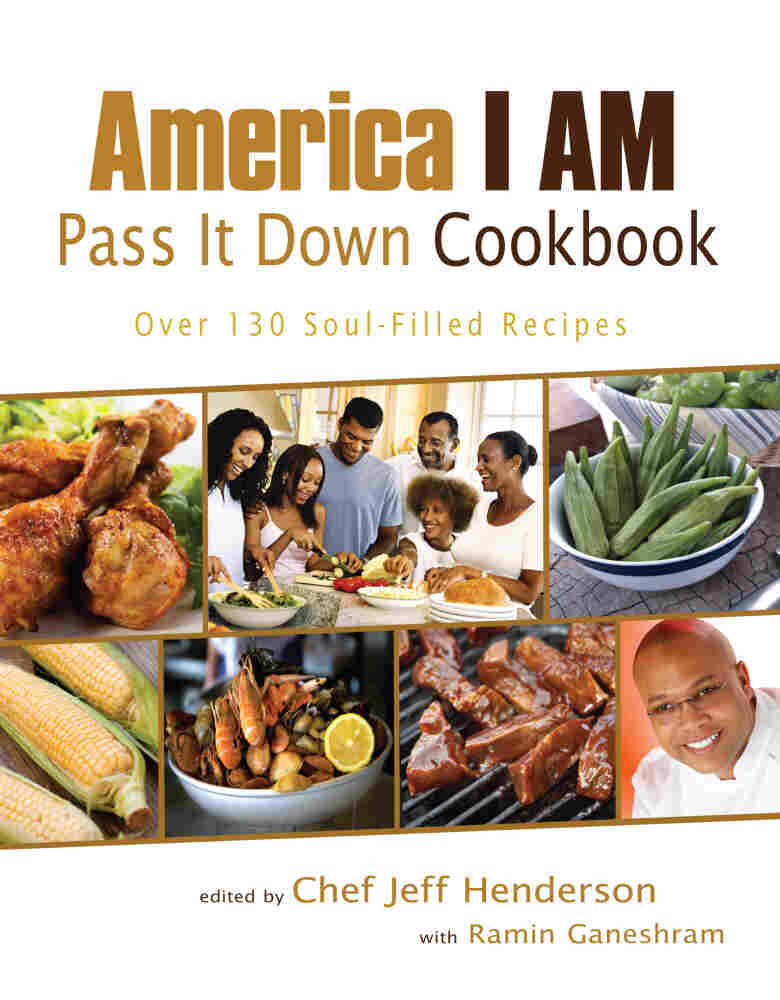 Courtesy of the Henderson Group

The goal of the book, he says, was to connect that history with the kitchen table.

And one of his favorite recipes is gumbo — a dish of rice, sausages, okra, chicken, shrimp — because it played a big part in "bringing the Henderson family together," he says. A nice pairing with the gumbo, he says, are sweet potato biscuits made with butter — a recipe that was in How The Farmer Can Save His Sweet Potatoes And Ways of Preparing Them for the Table by George Washington Carver.

All of the recipes in the book, Henderson says, serve a greater mission. 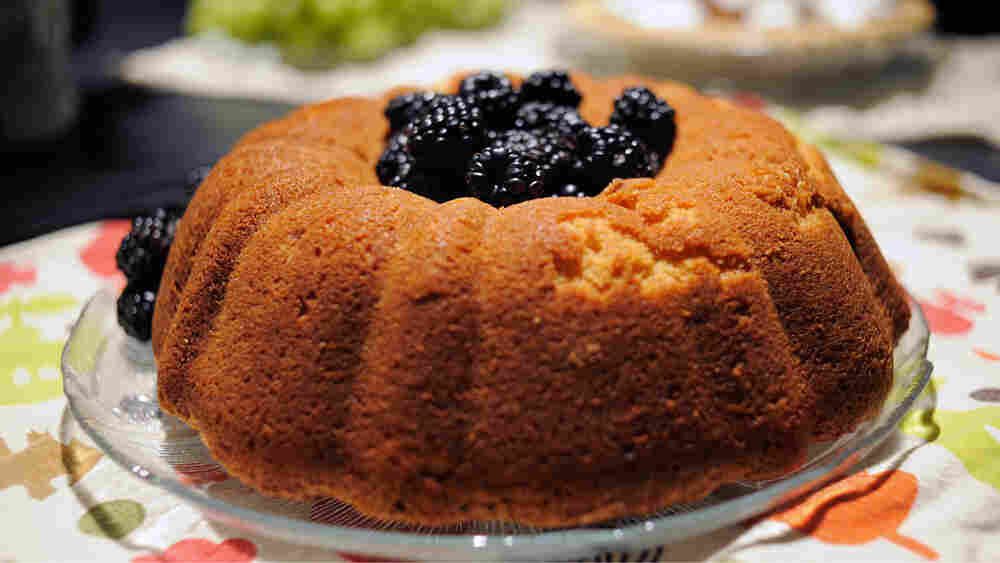 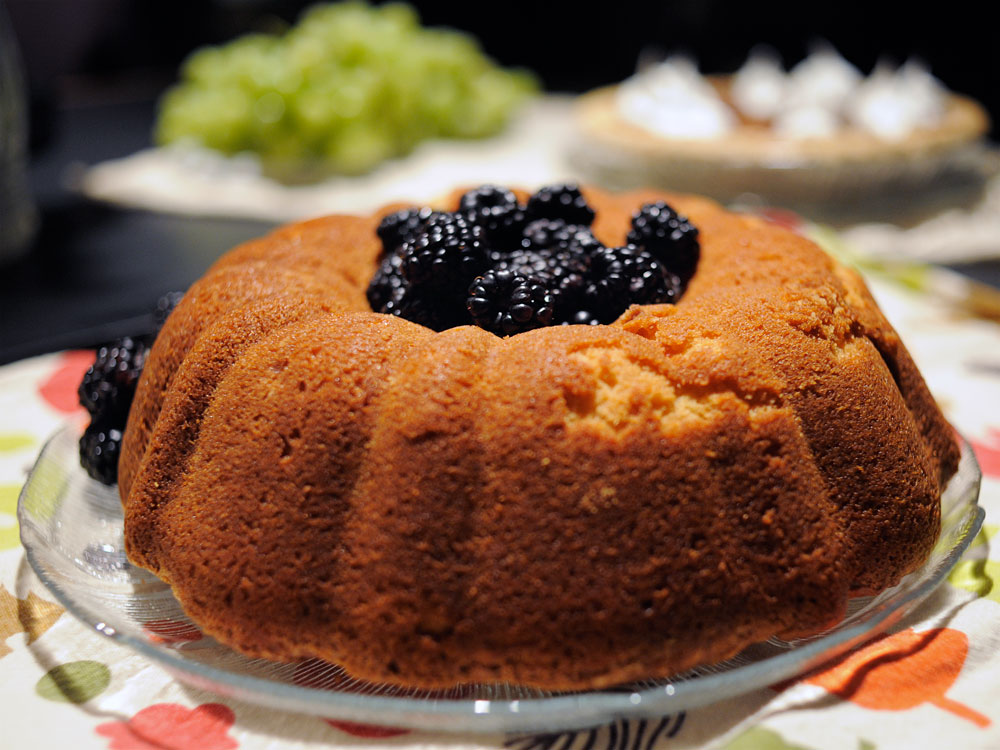 In a stand mixer, or large bowl using a hand mixer, cream butter and sugar together until light and fluffy.

Add eggs one at a time, making sure they're well combined after each addition. Sift together cake flour and salt, and add slowly to butter and egg mixture. Add buttermilk in a steady stream, adding more as needed to achieve a smooth, thick batter. Stir in vanilla extract and stir until just combined.

Pour batter into a greased and floured Bundt cake pan. Bake 1 hour 20 minutes or until a cake tester inserted into the middle of the cake comes out clean. 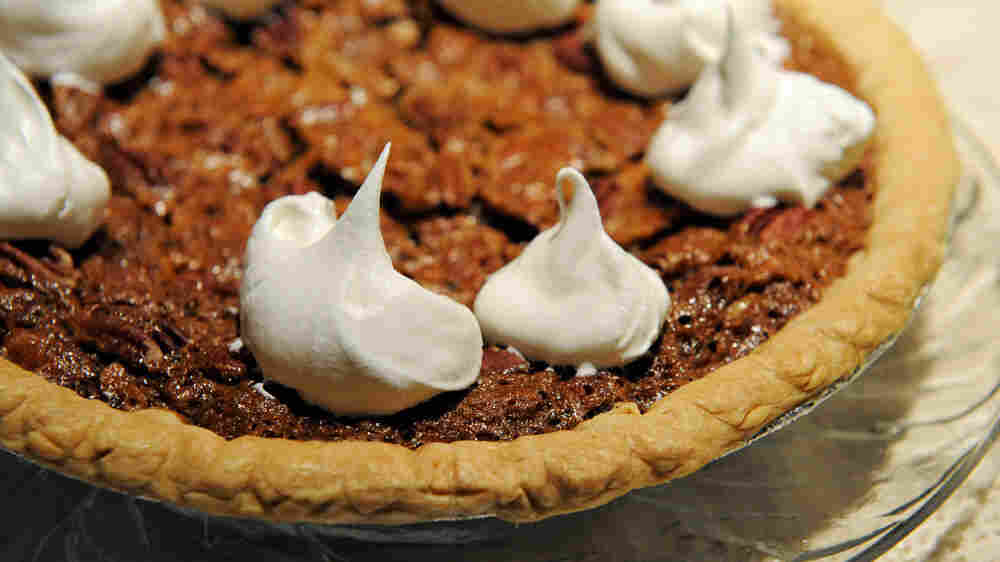 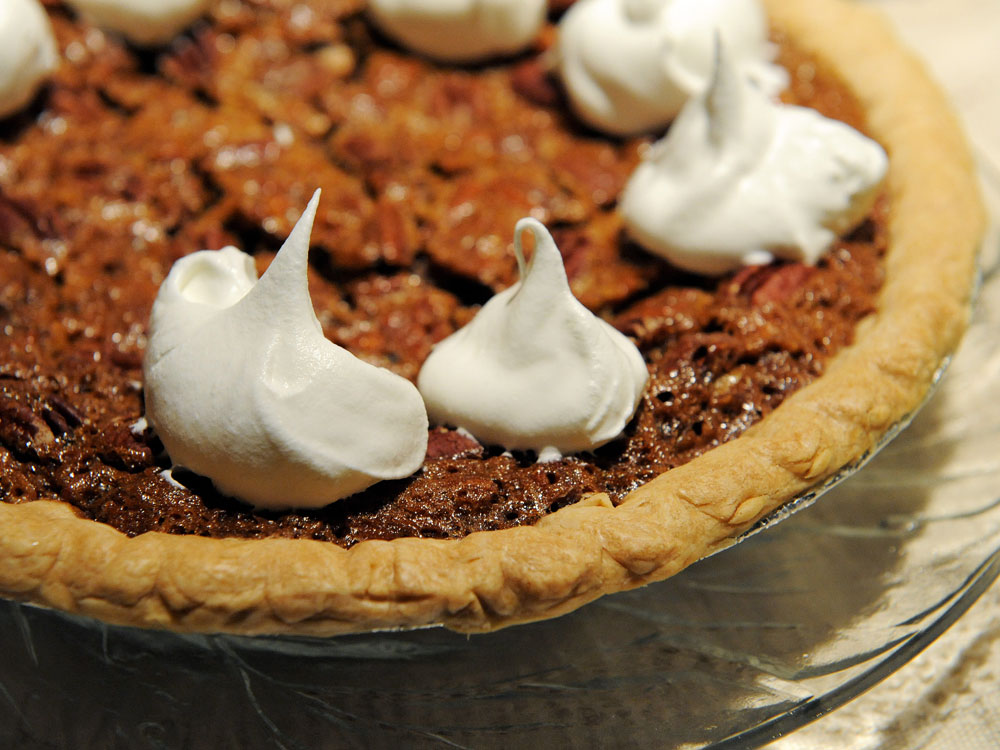 Gently beat eggs in a medium bowl. Stir in sugar and flour and then add the syrup, salt, butter, and vanilla extract. Fold in pecans. Pour mixture into the pie shell. Bake for 50–60 minutes or until a knife inserted comes out clean. Add whipped cream once the pie has cooled and serve at room temperature. Garnish with fresh mint and enjoy.