Accessibility links
The Mix: Beyond California Dreamin' It's below freezing across the Northeast — what better time to stream a mix of California songs? San Francisco public radio station KQED recently polled its listeners to determine the best songs about its home state. Hear an 88-song mix ranging from Joni Mitchell to 2Pac.

The Mix: Beyond California Dreamin'

The Mix: Beyond California Dreamin'

This Audio Is No Longer Available 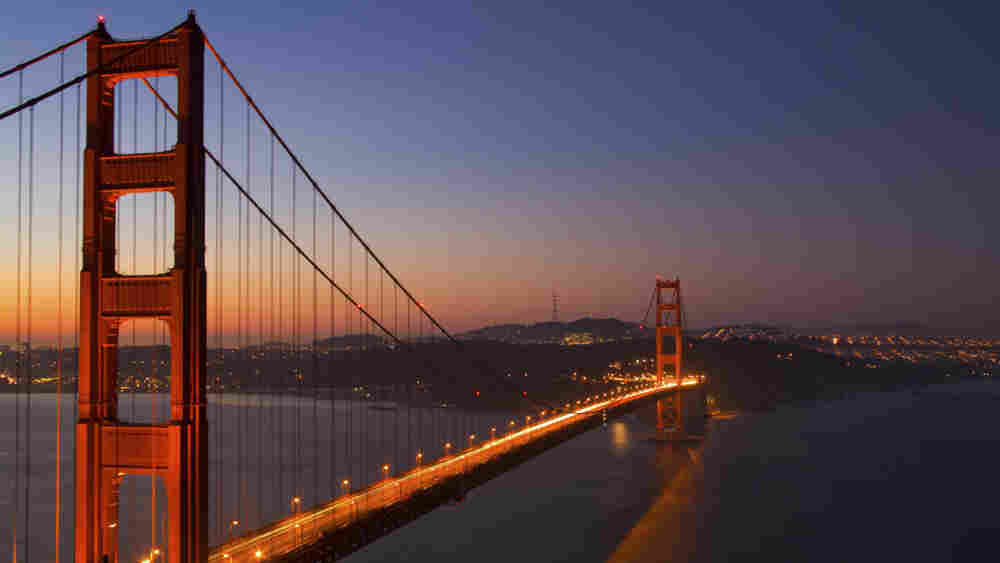 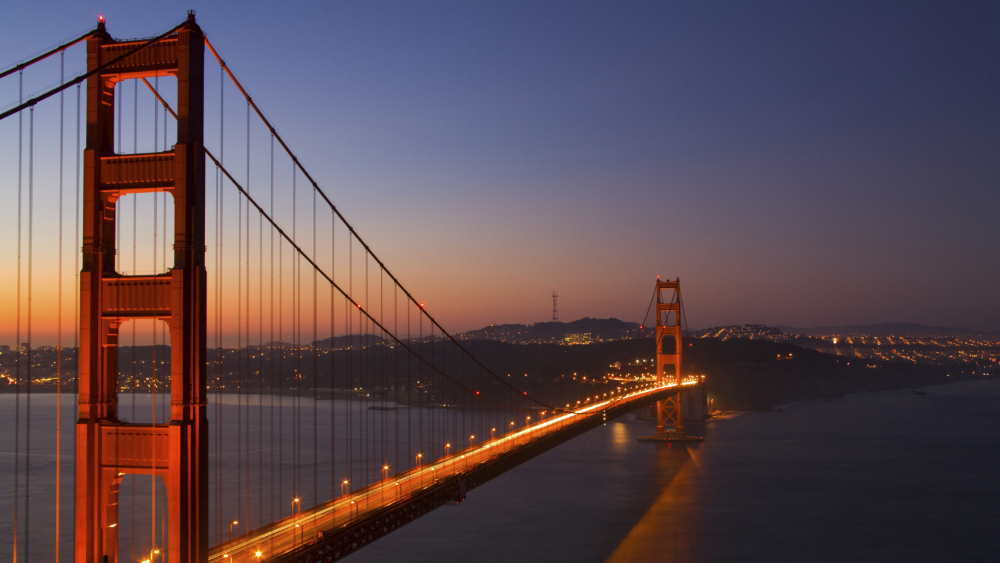 The rising sun sheds light on the Golden Gate Bridge in San Francisco.

The California Dream, as both a myth and a reality, has inspired generations of songwriters. Everyone from Dust Bowl folksinger Woody Guthrie to pop star Katy Perry has written songs about the Golden State. But if you're expecting a sunny soundtrack full of California girls, surf and sun, you'll be surprised by the melancholy clouds that enshroud some of these songs.

They represent just about as many views of California as there are people who live here. The state with a "City of Angels" also boasts a Mount Diablo. So, while you're taking in the state's majestic beauty with The Decemberists' "California One/Youth and Beauty Brigade," don't be shocked if you next hear Death Cab for Cutie asking "Why You'd Want to Live Here."

There are so many songs written about California that it was hard to decide what to include. We asked listeners and staff to submit some of their favorites, and then dug deeper for songs that might reside under the radar — please feel free to suggest your own in the comments section below.

If there really is a "California State of Mind," maybe you'll find it somewhere in these songs. For some first-person stories from the musicians behind these songs, visit the KQED's California Report.