Accessibility links
Interview - Brian Bedford - The Star of Broadway's 'Earnest' Makes One Formidable Lady As one of the finest classical actors of his generation, Brian Bedford has donned all manner of period costumes. These days he's wearing ladies' stockings – and playing Oscar Wilde's imperious Lady Bracknell in a Broadway revival that has critics in stitches.

As one of the finest classical actors of his generation, Brian Bedford has donned all manner of period costumes. These days he's wearing ladies' stockings — along with Victorian dresses and some outrageous hats — as the imperious Lady Bracknell in Oscar Wilde's comedy of manners The Importance of Being Earnest. The show is back on Broadway through July 3, in a production that Bedford directed as well.

The transformation begins about an hour and a half before the show; Bedford arrives at the theater in casual street clothes — sweater, sweatpants — and quickly slips into a tie-dyed T-shirt and robe. A wig cap goes on.

And then, in a process that takes an hour or maybe a bit more, the distinguished 75-year-old actor transforms himself into one of the theater's iciest and funniest characters — talking all the while, on one recent Wednesday, about how he came to direct and star in this production, first mounted at the Stratford Shakespeare Festival in Canada two years ago.

It was artistic director Des McAnuff's idea to have Bedford do double duty, but the actor wasn't immediately onboard.

"I read it about two or three times, you know, before I gave McAnuff the decision," Bedford says. "And I saw, during the first reading, that Lady Bracknell was a wonderful part."

Indeed, the lady in question gets some of theater's most hilariously biting lines. "To lose one parent," she tells an orphan, "may be regarded as a misfortune. To lose both looks like carelessness!"

Wilde's satire is a sendup of late-19th century society folk, and a subversive one, too, Bedford notes.

"But although he saw them as being extremely stupid people — and funny people — of course, they weren't that to themselves."

You can't wink at the audience, in other words. You've got to play these people straight. 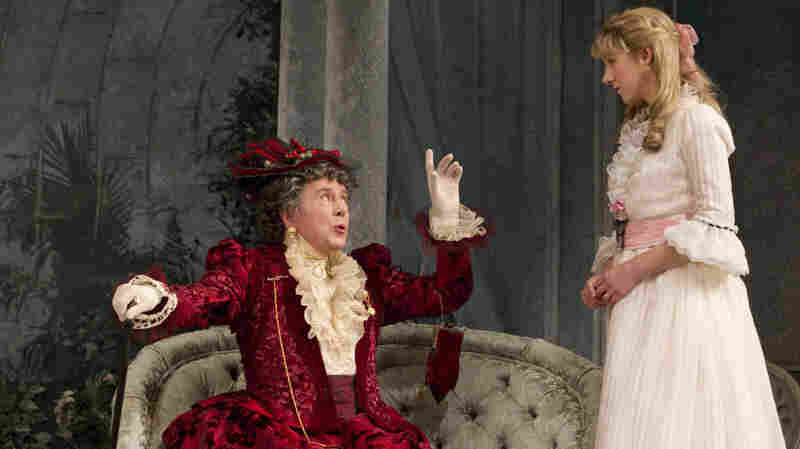 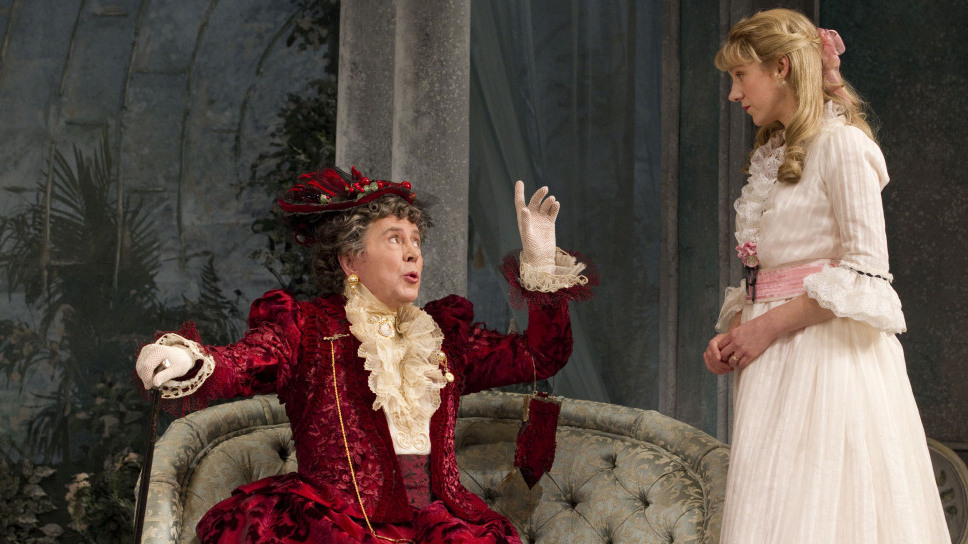 Hey, Lady! Transformation complete, Bedford takes to the stage to terrorize Cecily Cardew (Charlotte Parry) and the other characters in Earnest.

'More Than Halfway There'

When it comes to discovering a character, though, it's not entirely about getting into someone else's head. Sometimes it's about what's on your head. Clothes make the man, as they say.

"You know something? They really do make this woman." Bedford gestures at his elaborate wardrobe. "You can see the frocks there. When you get into those things and you get all this stuff on and you get the wig on, you are more than halfway there."

The actor says he's developed his Lady Bracknell from watching and knowing some of the grandes dames of the stage — Maggie Smith and Irene Worth among them. And as he steps into his long skirt, high-collared lace blouse and beaded jacket, Bedford could well be their big-boned sister. But there's one more element to the costume.

"The hat is the cherry on top of the sundae," he says. "And that completes the transformation."

It takes two people — and quite a lot of pins — to get designer Desmond Heely's feathered hat settled atop Bedford's wig. As Bedford practices some of his first-act lines just before going onstage, it's clear that now he is Lady Bracknell in all her terrible, haughty splendor — "a Gorgon," as one of Wilde's characters describes her, "without being a myth."