Accessibility links
Should Investors Be More Worried About Egypt? So far, there's little sign that the upheaval in Egypt is producing jitters in the world economy. But if protests gain momentum in the Middle East, it could give the economy a real jolt, some analysts say. 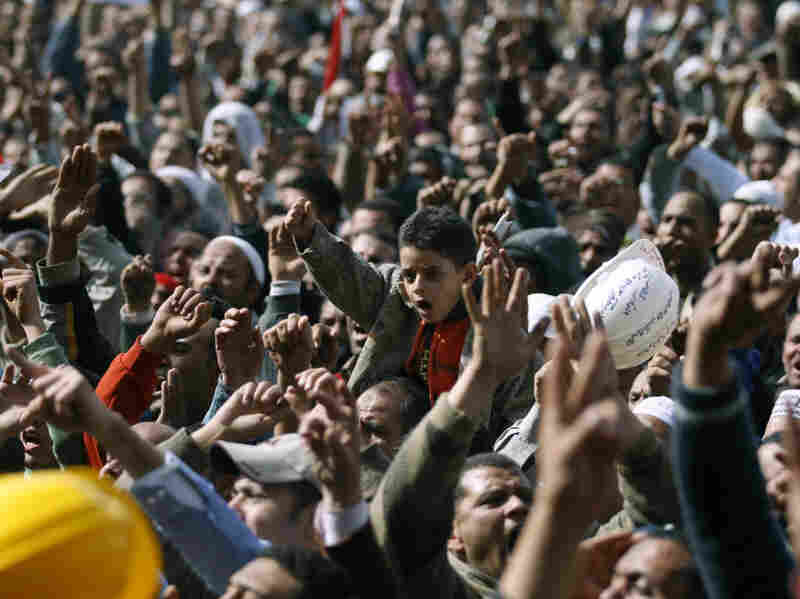 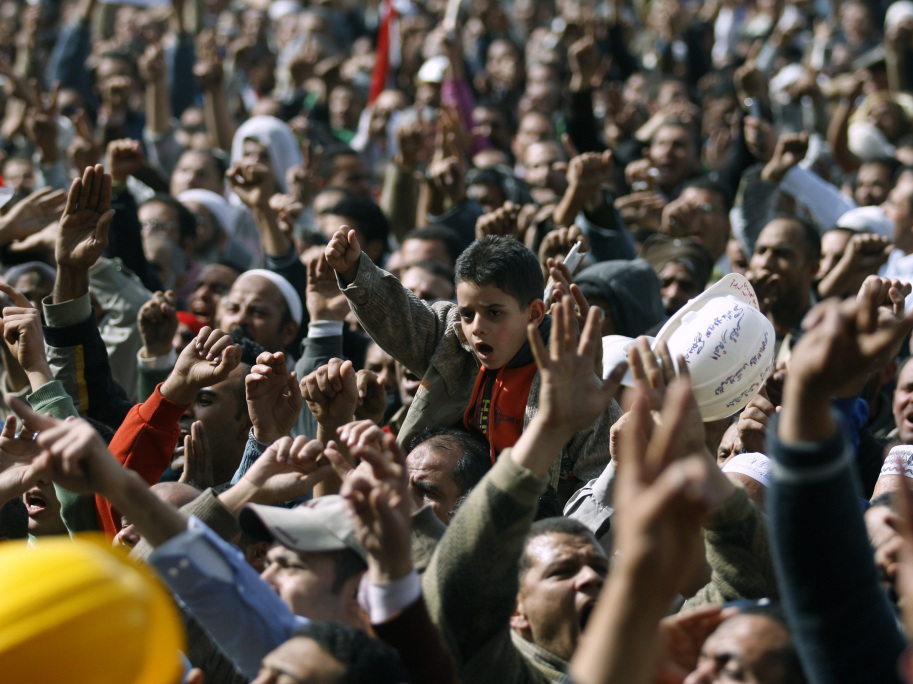 So far, there's little sign that the upheaval in Egypt is producing jitters in the world economy. But there may be troubles yet to come.

The stock market fell sharply when the crowds first took to the streets in Egypt — a country that sits astride the Suez Canal and has major oil producers to its east and west. But this week, the stock market rebounded. The price of oil has risen since the protests began, but not dramatically.

"Largely, people ... have this wait-and-see attitude," says Bhushan Bahree, a senior director at IHS Cambridge Energy Research Associates. "There is anxiety, but there's also a lot of restraint in the markets."

There are good reasons not to panic: The global economy is fundamentally in pretty good shape. The initial shock in the markets was due to worries that the Suez Canal might be closed. When that didn't happen, investors breathed a sigh of relief.

"The market may be underestimating the longer-term impact of this," says David Gordon, global director of research at the Eurasia Group, a risk analysis firm.

Gordon thinks traders should perhaps be more nervous about Egypt than they are.

The authoritarian regimes in the Middle East that could yet be affected by the turmoil in Egypt play pretty important roles in the global economy. If the people in those countries start demanding more democracy, Gordon says, there could be some short-term instability, a disruption of oil supplies and a real jolt to the global economy.

"Over the medium-term, more openness, more participatory political systems will have an economic benefit, but that's not necessarily what you'll see at first," he says.

One reason for investors to follow political developments closely in the Middle East these days is that they're not occurring in a vacuum. It's not just a matter of people being frustrated by stolen elections and government corruption. There's high unemployment across the region; and just this week the United Nations' Food and Agriculture Organization reported that food prices are at a record high.

Abdolreza Abbassian, the FAO's food and grains expert, says prices started rising last August and have gone up every month since.

"In December, in fact, we already had the first, I would say, 'record high,' and in January it seemed that it continued further up, another 3.5 percent gain in January," Abbassian says.

The head of the FAO warned Friday of a food "crisis" ahead. Abbassian says the last time food prices rose like this, in 2008, "in some markets, the urban population simply could not afford those prices, and it showed its discontent."

That discontent is now returning, and this time people might be tempted to follow the example of the protests in Tunisia and Egypt. And who knows where it might lead.

The Chinese government is clearly unnerved by what's happening in Egypt; the news is withheld from the Chinese people. There's also Saudi Arabia, Russia, even Venezuela.

Around the world, economic assessments suddenly have to take into consideration at least the risk of political upheaval. And if there's one thing that's become clear about investors in the last five years, it's that they're not very good about judging risk.

"Welcome to 2011, the last piece of the puzzle: geopolitical risk. The profession has been behind the curve each and every step of the way in understanding the risks they were taking, and geopolitical risk is no exception," Jenkins says.

It's way too soon to say what will happen next in Egypt, in the Middle East or beyond. Maybe the anti-government protests will peter out. But if they don't, if they gain momentum and governments topple, the global economy could be affected in ways not yet anticipated by global investors.