Accessibility links
Huh? Packers Favored Over Steelers' Better Record The pedigrees, track records and seeding would all seem to point to Pittsburgh winning the Super Bowl, yet the Steelers find themselves the 2.5-point underdogs. How did that happen? 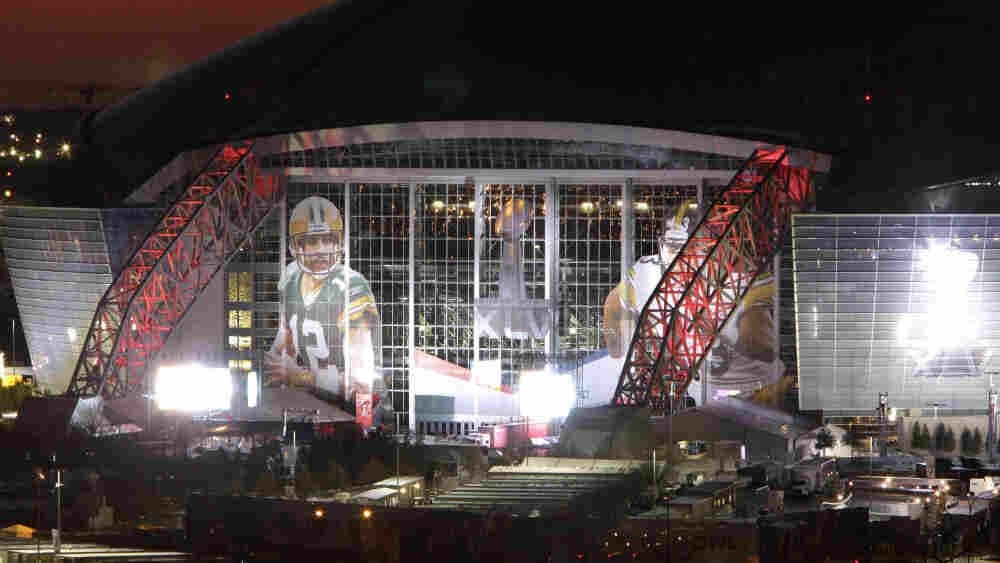 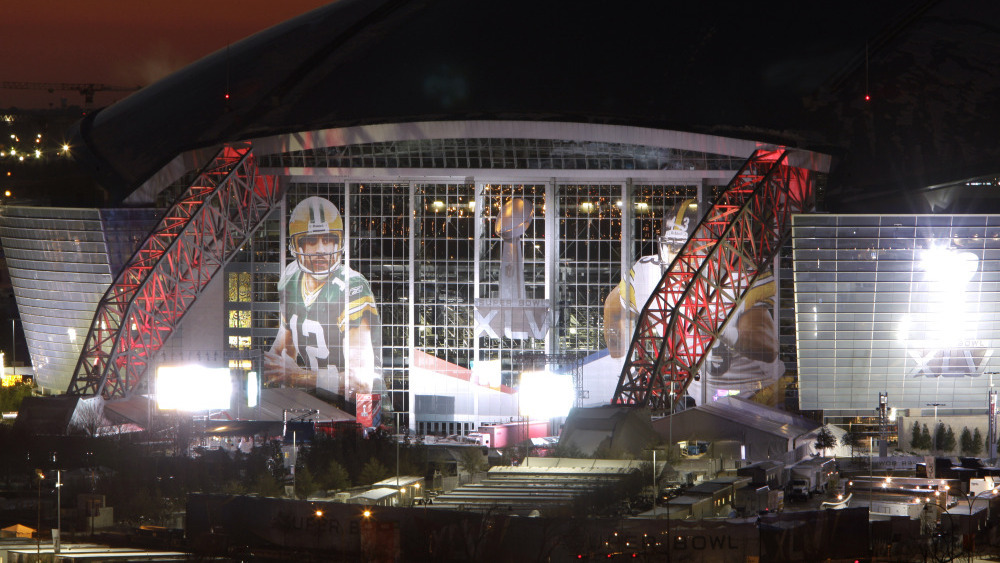 Cowboys Stadium in Texas, where the Pittsburgh Steelers will play the Green Bay Packers in Super Bowl XLV.

All About The Super Bowl

Counterfeit Jerseys: Can You Tell The Difference?

Spice Up Your Super Bowl With Sriracha Sauce

Double Take 'Toons: And The Winner Is?

How Much Is The Super Bowl Worth?

The pedigrees, track records and seeding would all seem to point to Pittsburgh. The Green Bay Packers won two fewer regular season games than the Steelers. The Packers' six losses were to some mediocre teams, like the Washington Redskins and the Detroit Lions, whereas the Steelers' four losses all came against playoff teams.

But now that the generic AFC and NFC uniforms have been filled with the green and gold of Green Bay and Pittsburgh's black and gold, the Steelers find themselves 2.5-point underdogs. How did that happen?

The first reason is injuries. The Packers were among the preseason favorites to make the Super Bowl, but they were so beset by injuries — in some cases resorting to third- or fourth-string players — that the excellent football stats site Football Outsiders estimates their starters lost an 83 combined games this year. What this means is the Packers' six losses might come with an asterisk.

The thinking is, they lost some of those games because of those injuries and found themselves at a 3-3 record early on because the team was constantly changing. Since they've had some time to get the backups accustomed to their positions, the Packers' play has improved. In fact, they are currently riding a season-best, five-game winning streak, which brings us to…

Not that the Steelers don't have it, but the Packers have looked very strong in all their playoff games. Their decimation of the top-seeded Falcons in Atlanta showed the football watching (and betting) world the Packers at their most dangerous. Quarterback Aaron Rodgers was in rhythm and the Packers ran all over the Georgia Dome's artificial turf.

The Super Bowl will similarly take place on turf, and as it happens, under a closed roof. This brings us to the last reason why the Packers are favored:

Good At The Wrong Kind Of Defense

Green Bay's offensive strength is Pittsburgh's defensive weakness. All year the Steelers have shown that they are a good defense, especially with newly named Defensive Player of the Year Troy Polamalu healthy. But the Steelers are really a great run defense — statistically a third better than the next best team in the league. Against the pass, they are a somewhat middling 12th in the league.

The Steelers have specifically struggled against multi-receiver formations, which the Packers love to deploy. The Patriots would routinely eliminate the Steelers from the playoffs using this sort of formation. However… 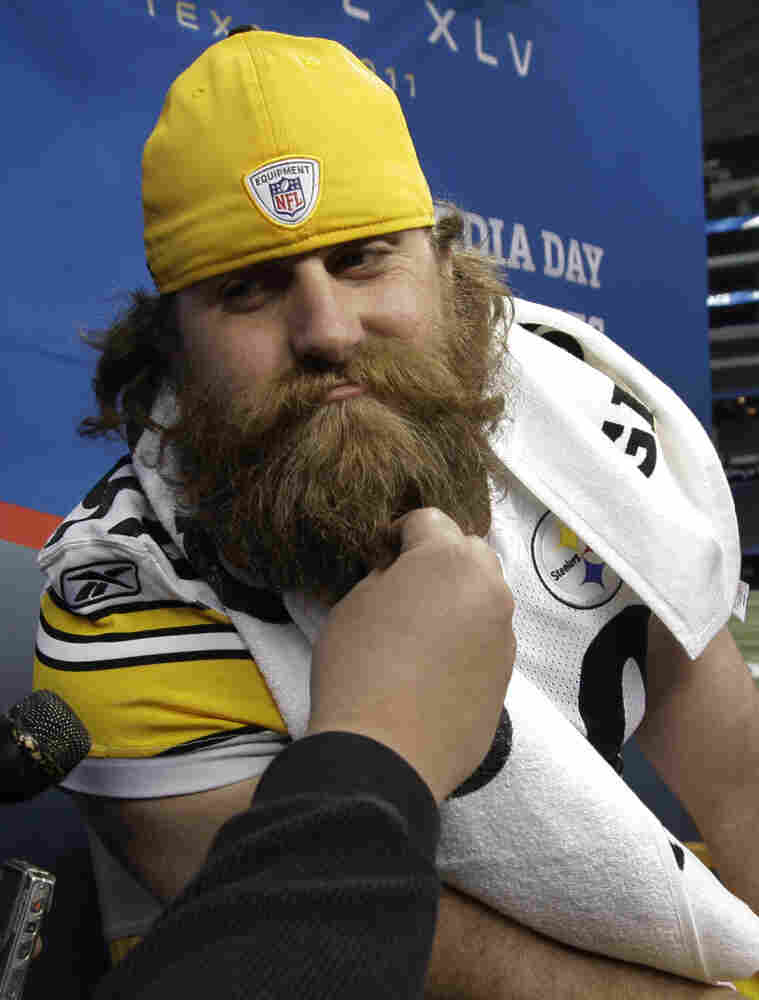 Pittsburgh Steeler Brett Keisel's beard may give him an advantage in the Texas cold. David J. Phillip/AP hide caption 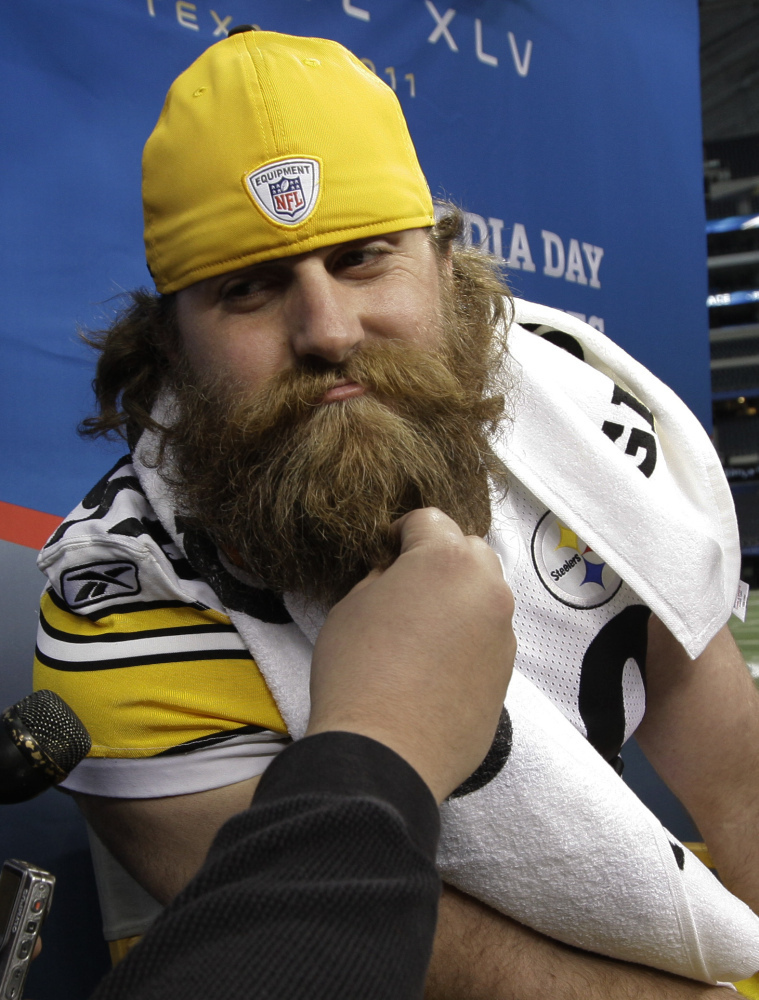 Pittsburgh Steeler Brett Keisel's beard may give him an advantage in the Texas cold.

The Steelers Still Have Some Things In Their Favor

Perception of the Packers' momentum, to my eyes, has been marked by the recency effect, in which what's been happening lately gets disproportionate consideration. Yes, the Packers were tremendous against the Falcons, and sure, they started strong against the Chicago Bears — but they're not invincible.

The Packers failed to score an offensive point in the last 40 minutes of the NFC championship game. The Steelers have 25 players on their current roster who have played in the Super Bowl; the Packers only two. The Steelers have a quarterback who wrecks the best-laid game plans of defensive coordinators, and the Steelers have thicker beards, which could come into play in frigid Texas. That is why I predict the game will be a tie.

Fine, not a tie — but overtime, upon which Cowboys owner Jerry Jones will point to a theretofore unnoticed clause written on the back of everyone's ticket that says the entire stadium will have to pay 20 percent of the ticket's face value in order to stay in their seats for any extra football. I am confident in this prediction.