Accessibility links
Justice Department Focuses On Civil Rights The Obama Justice Department wants to make protecting civil rights one of its legacies. Now, roughly a dozen U.S. attorneys across the country have started special units to devote more attention to building those cases. 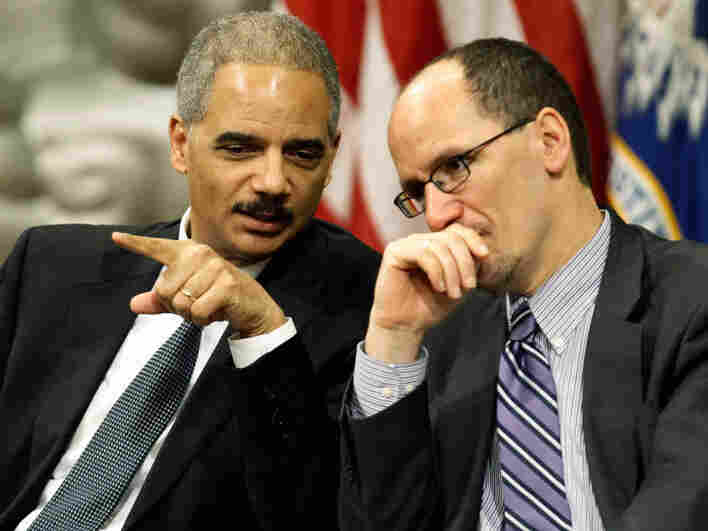 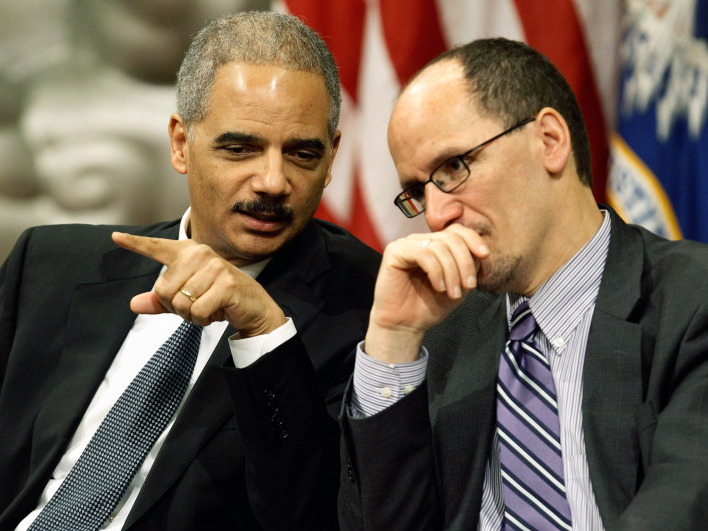 The Obama Justice Department wants to make protecting civil rights one of its legacies. So several U.S. attorneys across the country have started special units to devote more attention to building those cases.

For the announcement of one such effort, Justice Department leaders traveled to Pittsburgh late last year. At the August Wilson Center for African American Culture, named after the prominent black playwright, civil rights division chief Tom Perez told a crowd filled with dozens of activists for racial and gender equality that they'd soon have another place to turn with their concerns.

"There are roughly a dozen U.S. attorneys offices now that have established … dedicated civil rights units and we're working to raise that number substantially because this is about sustainability," Perez said.

The Obama civil rights division prosecuted 237 criminal cases over the last two years — what officials call a record. But numbers aren't the only measure that prosecutors are using for success.

'We Are Open For Business'

Steve Dettelbach, the U.S. attorney in Cleveland, is leading a special group of prosecutors around the country who want to modernize civil rights enforcement.

"In the civil rights area, one of the things that you have to make sure is that the people in some of these affected communities who don't always trust law enforcement know that we are open for business," Dettelbach said in an interview.

U.S. attorneys are telling people about a law signed by President Obama in 2009 that expands the definition of hate crimes. The law now covers assaults motivated by a victim's gender or sexual orientation.

The U.S. attorneys aren't getting any extra money because of the tight federal budget, so they are balancing civil rights as a priority with other demands.

One of the busiest areas over the last two years is Arizona. There, U.S. attorney Dennis Burke sued a school system and is seeking documents from a controversial sheriff accused of discriminating against Latinos.

Burke is paying a lot of attention to making sure that police follow the law.

"We are training federal, state and local law enforcement and talking to them about federal civil rights, their responsibilities, what they can and should be doing, and ensuring that when they are out there they're cognizant of the rights of individuals they're interacting with, potentially arresting, potentially interviewing," Burke said.

'You Can Only Hide For So Long'

Denise Coley has lived that lesson. Her son, Carlton Benton, died in the Lucas County, Ohio, jail six years ago after a sergeant beat him and left him in a cell.

She says she's grateful to the FBI and the prosecutors who moved ahead with the case.

"I feel like they did a wonderful job as far as presenting my case, my son's case," Coley said. "I knew that the truth would come out eventually. Because, like I said, you can only hide for so long."

Last month, a judge sentenced one of the sheriff's officers to three years in prison for violating Benton's civil rights and writing false reports to cover up the beating.

Does Justice Practice What It Preaches?

But some groups, particularly activists for the Muslim-American community, doubt that the Justice Department is always practicing what it preaches.

One group called Muslim Advocates sued the FBI and the attorney general over surveillance practices that investigators use in places like churches and mosques.

Muslim Advocates worries that the surveillance is itself a civil rights problem. And that it's leaving the wrong impression about Islam.

Nura Maznavi, a lawyer with the group, describes the concern this way: "When you have that blanket of suspicion that's cast over an entire community, it essentially fosters this sort of paranoia and fear against the Muslim community."

Civil rights prosecutors at the department, meanwhile, have opened several investigations of violence against mosques and Muslims.

Attorney General Eric Holder wanted to clear the air, so he went to speak to the Muslim Advocates group late last year.

People who attended said he got a polite, if not warm, reception.