Accessibility links
iPad Storybook Apps And The Kids Who Love Them In November, technology reporter Omar Gallaga began reviewing iPad apps for children. Since then, he and his 3-year-old daughter have become hooked. They've plowed through more than 50 apps, and they've discovered a whole new world of content for kids. 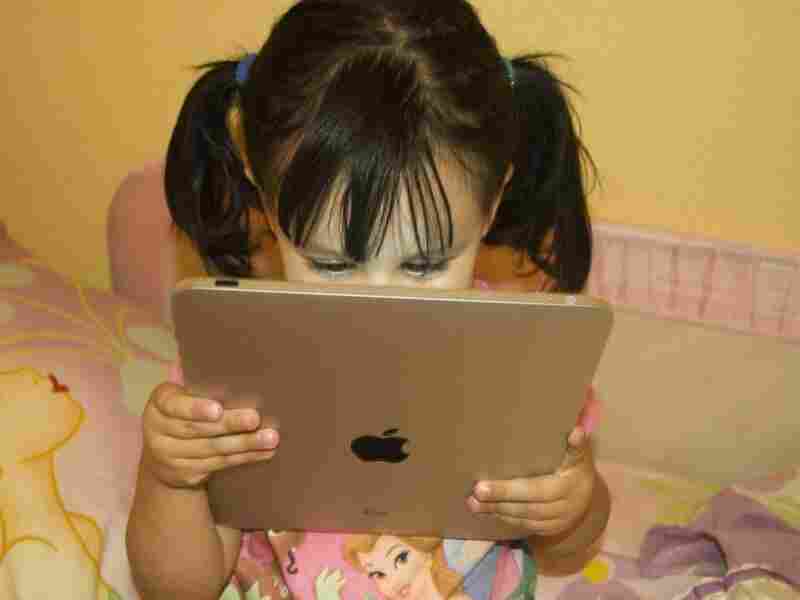 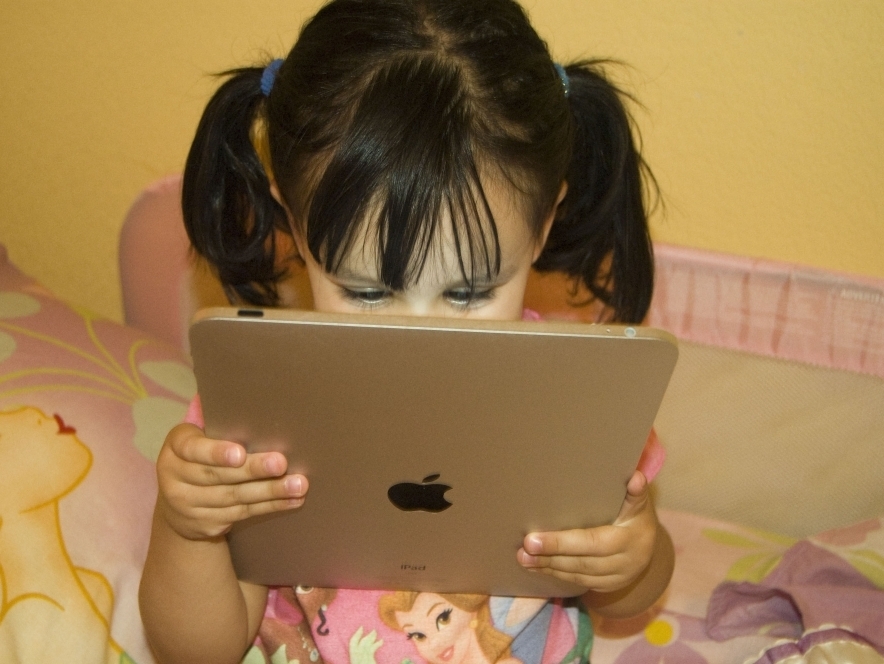 Omar Gallaga is the technology reporter for the Austin American-Statesman.

It's bedtime for my 3-year-old daughter, Lilly. She climbs into her little twin-size bed with Tinkerbell sheets. It's covered with dolls and stuffed animals. As she gets settled in, we choose tonight's bedtime stories.

Lilly is my review partner. We've gone through 50 apps in two months. Like much of the Apple App Store, the quality of what's available runs the gamut from crude cash-ins with ugly illustrations, barely worth their 99-cent price tag, to lavish productions with top-notch voice talent and 3-D pages. The priciest can cost up to $10.

Lily can name the ones she knows: Alice in Wonderland, Teddy, Jack and the Beanstalk. She doesn't know how to use the Internet or a computer mouse, but she can easily navigate the iPad's touch screen.

Her small hands flip past pages of apps, and she taps a finger on the ones she wants.

Lilly is in her princess phase and is obsessed with not one but two apps that tell the story of Rapunzel. The first is a straight-forward storybook with colorful, hand-drawn illustrations, numerous hidden sound effects and animations you can activate by pressing the screen.

The second is a pop-up book that asks the reader to complete small challenges before Rapunzel can meet and fall in love with her prince.

Omar Gallaga is a regular contributor to NPR's All Tech Considered blog. Courtesy of the Austin American-Statesman hide caption

She's not as crazy about some of the apps I've given high marks to, like PopOut! The Tale of Peter Rabbit, where the characters don't just appear; they giggle and wiggle on virtual springs. Lilly pokes them to make them speak, or slides what look like tabs in a paper pop-up book to make Peter squeeze under a fence or to make Mr. McGregor chase the rabbit with a rake.

The apps we both love tend to build on traditional works to create something even better — like Ayars Animation's Jack and the Beanstalk, a great app that features voice acting, hidden sound effects and original music.

Cows moo, the golden harp plays a song, and the giant will sway on the beanstalk if Lilly tilts the iPad back and forth. Do it too much and the giant tells her, "Will you stop that already?"

Some say electronic books are creating a more passive reading experience, but Lilly frequently reads along with the narration, pokes the iPad screen to interact with the stories and asks me to help her solve puzzles.

When we read traditional paper books, whether it's Goodnight Moon, or Mercer Mayer's Little Critters series, she is more apt to lie down and listen.

By the time we're done, we've read five stories and stayed up long past Lilly's bedtime.

"Yeah!" she says, as she kisses me goodnight.

Additional reviews can be found at Kirkus Reviews.