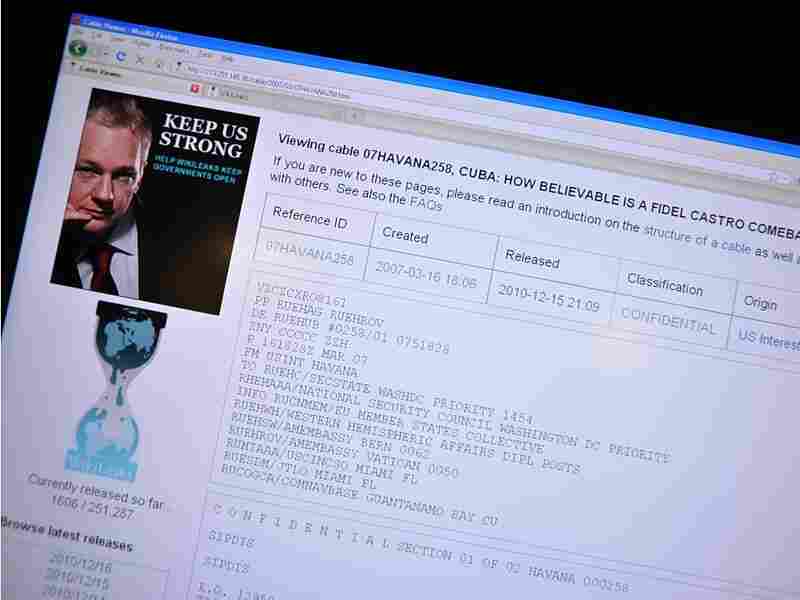 As raw documents from contemporary diplomats, the classified dispatches released by WikiLeaks offer insight that no book or article could. But some professors worry that using the cables in the classroom could hurt their students' future careers. AFP/Getty Images hide caption 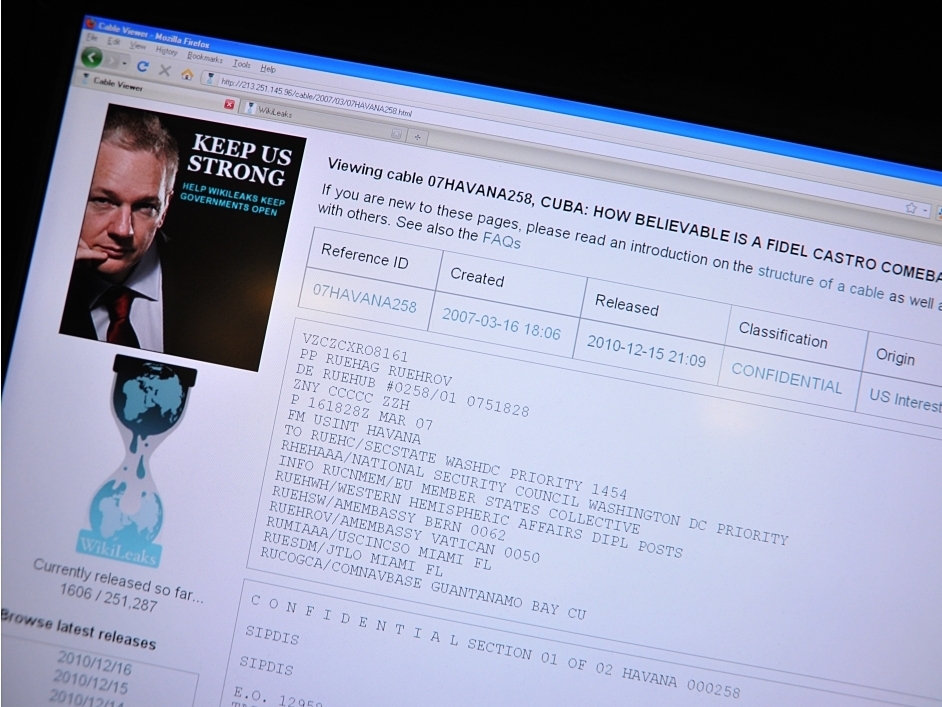 As raw documents from contemporary diplomats, the classified dispatches released by WikiLeaks offer insight that no book or article could. But some professors worry that using the cables in the classroom could hurt their students' future careers.

At universities around the country, a new semester has begun, and professors of international relations are entering it with a new teaching tool at their disposal: the diplomatic cables released by the website WikiLeaks.

The WikiLeaks cable dump is almost universally considered a scholar's treasure trove. But, there is a debate within the academic community over the ethics of using the classified dispatches in the classroom.

The School of Advanced International Studies at Johns Hopkins University in Washington, D.C., is one of the nation's premier policy schools. Students there will go on to work at the State Department and in embassies around the world. But first they will spend their days in the classroom, learning the fundamentals of how foreign policy is made — and following WikiLeaks' publishing of secret diplomatic cables, their professors have some new teaching materials.

"I thought it was a positive thing quite frankly. I'm very glad that [Julian] Assange has published these documents," SAIS professor Piero Gleijeses says, referring to the man behind WikiLeaks.

Gleijeses says he has no reservations about using these cables in his classroom. He believes that as raw documents from contemporary diplomats they offer the kind of insight that no book or article could provide.

There is already one cable Gleijeses is thinking about using in class. It's written by a U.S. diplomat in Mexico, who expresses concern that Venezuela and Cuba are using goodwill programs just south of the U.S. border to spread sympathy for their Communist governments and anti-American propaganda.

The cable's author urges close monitoring of these programs.

Gleijeses says he can envision using this cable in his class to illustrate the assumptions behind U.S. policy.

"Then a thinking student might ask himself whether our hatred for Cuba or our dislike for Venezuela justifies such concerns and what should be the policy," he says.

Learning To Be A Diplomat

Substance aside, the mere structure of the cables could be considered useful, says Marc Grossman, who teaches at Georgetown University's School of Foreign Service. Grossman is a former ambassador to Turkey and served as undersecretary of state for political affairs from 2001 to 2005.

"In India, apparently, they're showing their own diplomats the cables to say this is what we want. We want kind of this shape and this size — it's very interesting," he says.

Grossman says the cables could give aspiring diplomats cues on effective writing style, length and tone.

On top of this, he also thinks the cables could be a great recruiting tool for the State Department — where he worked for almost three decades.

The cables give glimpses into the life of a U.S. diplomat — prepping the secretary of state for a meeting with the king of Saudi Arabia, reporting from a lavish wedding ceremony in the former Soviet Union, assessing corruption high up the ranks in the Afghan government.

'Morally Obligated' Not To Use Them

Despite all the reasons to use them, Grossman says he will not be bringing the cables into his classroom.

"I feel morally obligated not to. They're stolen documents, as far as I'm concerned," he says.

He understands why they're enticing, but he worries that by asking students who want to be diplomats to read stolen, classified cables, he could be hurting their future job prospects.

"I have to be careful in my class about not putting those people into any jeopardy. They need their security clearances, they want to have their careers," he says.

Despite their differing views, both professors agree anyone who is an aspiring diplomat should have the option to opt out if the cables are used in class — even though the State Department has not issued any authoritative instructions to those who are not current employees.

Meanwhile, the schools where these professors teach are taking a hands-off approach in the debate. They are considering the use of the cables in class an academic freedom issue, and they're letting instructors decide what's best for them — and their students.