Accessibility links
'Alarming' Amazon Droughts May Have Global Fallout In 2010, the Amazon experienced its second major drought in five years — both of which were thought to be once-in-a-century events. Researchers say continued dry conditions could turn the carbon-absorbing forest into a major source of carbon emissions. 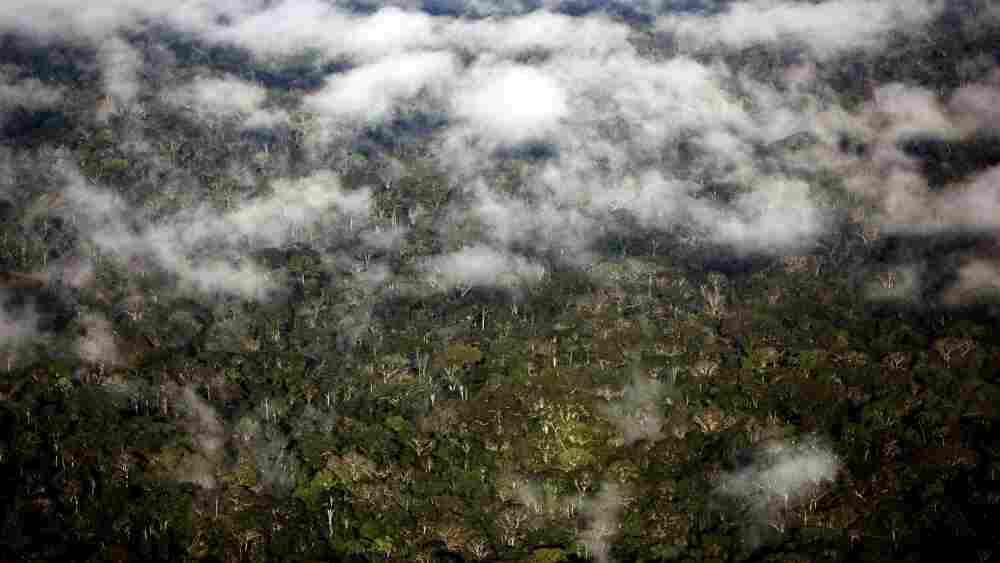 Major droughts in 2005 and 2010 cut into the Amazon's ability to absorb carbon dioxide from the atmosphere. Drought reduces carbon-absorbing tree growth, and opens the door to more forest fires, which release carbon into the air. Seen here, a Peruvian section of Amazonia. John W. Poole/NPR hide caption 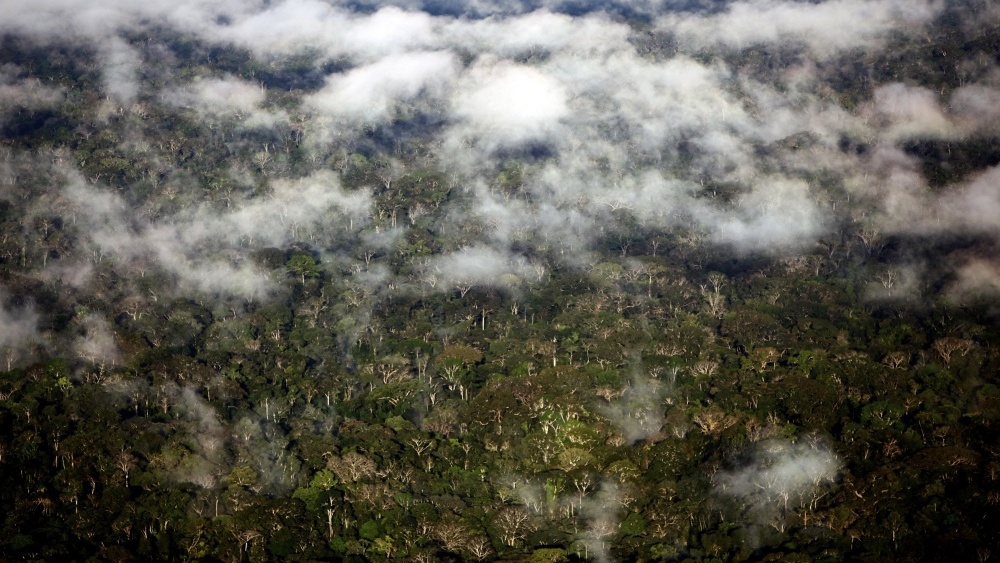 Major droughts in 2005 and 2010 cut into the Amazon's ability to absorb carbon dioxide from the atmosphere. Drought reduces carbon-absorbing tree growth, and opens the door to more forest fires, which release carbon into the air. Seen here, a Peruvian section of Amazonia.

The world's largest tropical forest, the Amazon, experienced something rare last year — a drought. It wasn't the earth-cracking kind of drought that happens in the American Southwest or the Australian outback, but it did stunt or kill lots of trees.

It was the second such drought in the Amazon in five years, and forest scientists are trying to understand why these droughts are happening, and what their effects will be for the planet.

The 2005 drought in the Amazon was so unusual that scientists called it a "100-year event" — something supposed to happen only once a century.

"This is what's quite alarming — that we've seen these two very unusual events," says Simon Lewis, a forest ecologist at the University of Leeds in Great Britain, who watched both droughts hit the Amazon. Lewis notes that several of the computer models that calculate the effects of climate change do predict that parts of the planet are going to get drier.

"And those two unusual events are consistent with those predictions that suggest that the Amazon may be severely impacted over the next few decades by these droughts," he says.

Writing in the journal Science, Lewis and his scientific team say the droughts are probably caused by the northward movement of especially warm water in the Atlantic Ocean. That shift carries moisture north, robbing big chunks of the Amazon of rain it normally would get.

Traveling Down The Amazon Road

The droughts can create a different forest — thinner, smaller and with a different mix of tree species. That, in turn, could affect the Earth's climate. As trees grow, they suck carbon dioxide out of the atmosphere and store it, so a big forest like the Amazon is a carbon "sink."

But drought slows that process down — more carbon remains in the atmosphere, and that could warm the planet.

If the forest gets dry enough, air can get into the vessels that carry water through a tree — kind of like an air bubble in a fuel line — and a tree dies. If enough die, that too could affect the atmosphere.

"As these dead trees rot and release their carbon in their trunks and roots into the atmosphere as carbon dioxide, then we see it probably turning into a source of carbon emissions," Lewis says.

The droughts are big, covering an area about the size of Argentina. They hit parts of the Amazon that are especially vulnerable, like the southern edges.

To Slow Amazon Fires, Scientists Light Their Own Nov. 6, 2007

Michael Jenkins, who runs a research organization called Forest Trends, says "it looks like the epicenters of the drought map up very well with the forest frontier, and this is where you have agriculture expanding into the Amazon."

And where there's agriculture, there is fire — that's how land is cleared for planting or for cattle grazing. And fires make drought even worse.

"You introduce fire," says Jenkins, "you convert a lot of forests, you are drying out those forests. When drought comes along, the forest is not as resilient as it used to be."

Last year during the dry season, smoke from the fires disrupted air traffic and closed airports in Bolivia, and the country declared a state of emergency in its Amazon territory.