Accessibility links
Foreign Policy: Keep Assange Free, Keep Internet Free This week, Julian Assange, founder of WikiLeaks, is in London to testify against sex crime allegations. The U.S. is trying to organize their own case against Assange over the leaked government files. But Tim Wu of Foreign Policy argues that if the U.S. pushes forward with the case, it risks ruining the credibility of free speech. 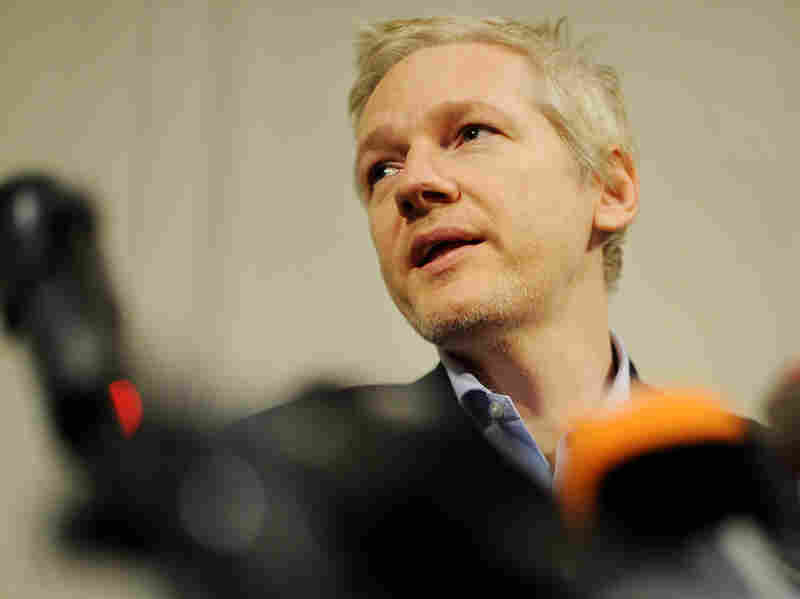 WikiLeaks founder Julian Assange speaks during a press conference at the Frontline club in London. As the U.S. tries to cobble together their own case against the him, Assange is in a London court this week to testify against sex crime allegations. Ben Stansall /AFP/Getty Images hide caption 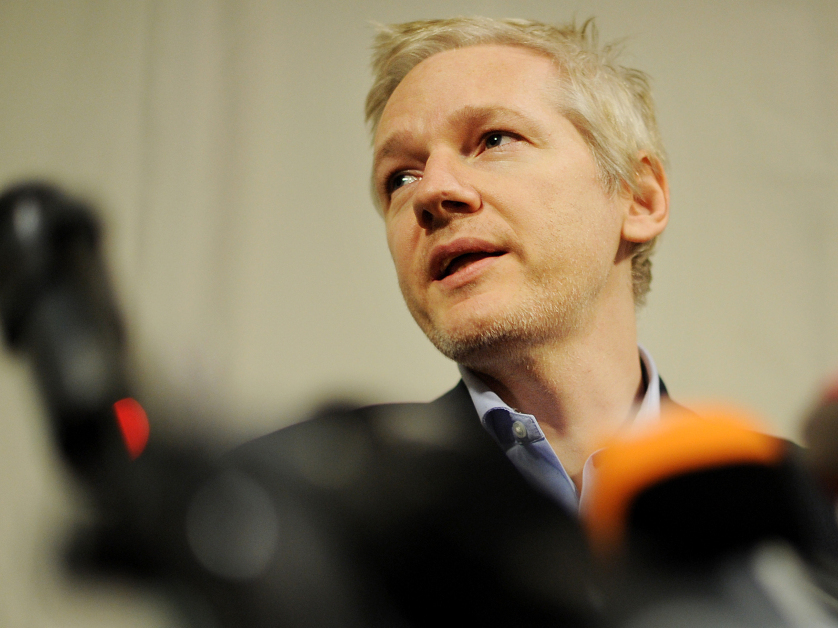 WikiLeaks founder Julian Assange speaks during a press conference at the Frontline club in London. As the U.S. tries to cobble together their own case against the him, Assange is in a London court this week to testify against sex crime allegations.

Tim Wu is the author of The Master Switch: The Rise and Fall of Information Empires.

It is time for the United States to drop the case against WikiLeaks. Pressing forward with efforts to prosecute an Internet publisher at home while standing up for an open Internet in Egypt and the world at large is an increasingly tenuous position. The WikiLeaks case endangers the reputation of the United States as a defender of free speech and an open Internet globally, while forcing the Obama administration to take uncomfortable constitutional positions better suited to the Nixon administration. The importance of this issue is hard to overstate: At a time when the Internet is increasingly recognized as a medium of global resistance to authoritarian rule and when protestors in Tahrir square are holding up signs that say "Thank you, Facebook!", the Obama administration and the United States must make sure that they stand on the right side.

The timing is important. Just over a year ago, Secretary of State Hillary Clinton paved the way with her notable speech on "Internet Freedom." More recently, she explicitly condemned Egypt's Internet shutdown. Her message — that an open Internet is an issue of fundamental freedom in the 21st century — has been complicated by the actions of other branches of the U.S. federal government, especially the Justice Department's plans to prosecute WikiLeaks for its role in publishing leaked U.S. State Department diplomatic cables.

While the Justice Department's original plan to rely on the Espionage Act apparently has been dropped, it is still considering the prosecution of either Julian Assange personally or media organizations that published documents obtained by Wikileaks based on a theory of conspiracy or solicitation.

Yet so far, no clear evidence has emerged that would support an allegation that anyone in the media conspired with Bradley Manning, the alleged leaker who is already in military prison, to obtain documents. Unfortunately, that won't necessarily stop the Justice Department since as every prosecutor knows, conspiracy is relatively easy to allege, requiring nothing more than some evidence of an agreement to commit a crime and an overt act by one of the conspirators (Manning, in this case). When you think about it, publication nearly always requires some kind of agreement. The federal statutes' broad definition of conspiracy is what makes it so dangerous.

Needless to say, labeling the act of publishing a criminal conspiracy would be a strong challenge to the U.S. Constitution's First Amendment's protections.

I should state that I have no particular sympathy for Assange or his website's activities. But if the First Amendment stands for anything, it is that a government's dislike for individuals' speech ought not be taken as legal grounds for their imprisonment.

WikiLeaks and Assange are unpopular and even hated in some circles. Senator Joe Lieberman, were he president, would long ago have begun the extradition. "I think it's the most serious violation of the Espionage Act in our history," he recently told FOX News. But let's not let the impulse to punish WikiLeaks indict not just Mr. Assange but the editors of the New York Times, sympathetic bloggers, and anyone else around the world who mirrors leaked materials.

Prosecution of WikiLeaks would hurt, if it not destroy, the credibility of the United States in claiming to be the world's most vital advocate of an open Internet. It would send the dangerous signal that the United States only claims to uphold the virtues of an open Internet and free speech — until it decides it doesn't like a particular website. There could hardly be a worse moment to send that message, to be telling the Arab world: Do as we say, not as we do.

Foreign concerns aside, the Obama administration must also consider its own duties to uphold the Constitution. Lest we forget, the last administration to champion the view that the publishers of leaked materials are criminals was, of course, the Nixon administration, which took this position in the 1971 Pentagon Papers case — and lost. Were it to go forward, the prosecution of WikiLeaks would force the Obama administration to go to court and argue that First Amendment protects only certain kinds of speech. While Nixon himself would certainly be pleased to hear that Barack Obama has adopted his campaign against the First Amendment, I sincerely doubt Obama's supporters feel that way.

For the Obama administration, there lies here a real danger here of repeating the mistakes made by the previous White House. George W. Bush's team believed that that the United States could disregard human rights when it was convenient and somehow still maintain America's international reputation as the foremost agent of freedom and democracy. The Bushies were wrong. Let's hope Obama's team won't make the same mistake. As the saying goes, if you want to talk the talk, it helps to walk the walk.