Accessibility links
The Root: Race And Racism Divide Egypt Though Egypt is currently immersed in protests for the ouster of their president, Hosni Mubarak, Sunni M. Khalid of The Root argues that eventually Egypt will have to face up to another problem: racism against sub-Saharan Africans. 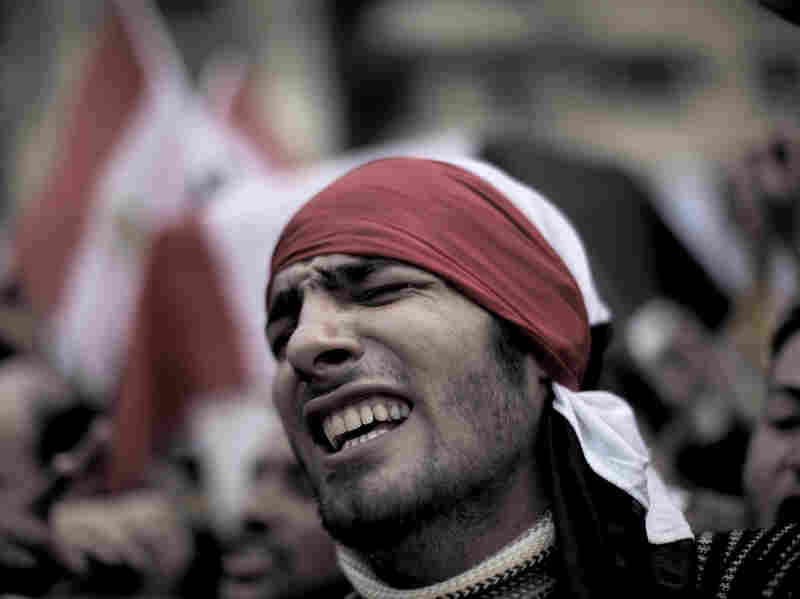 Egyptian anti-government demonstrators protesting in Cairo's Tahrir Square. Though protests are currently shaking the country, some argue that eventually Egypt will have to contend with another problem — racism against sub-Saharan Africans. Marco Longari /AFP/Getty Images hide caption 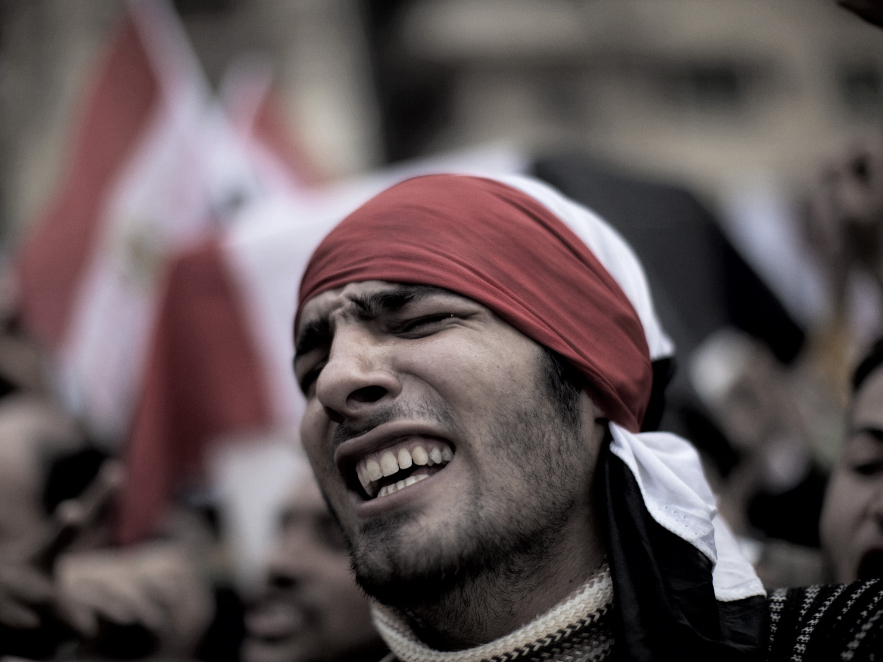 Egyptian anti-government demonstrators protesting in Cairo's Tahrir Square. Though protests are currently shaking the country, some argue that eventually Egypt will have to contend with another problem — racism against sub-Saharan Africans.

Sunni M. Khalid is the managing news editor at WYPR-FM and has reported extensively throughout Africa and the Middle East. He reported from Cairo for three years.

Because of my looks, my religion and my name, I have frequently been mistaken for Arab during my travels throughout the Middle East. It has been a mentally liberating sensation — to leave the racial politics of the United States (in reality, this is simply the process of exchanging the ethnic politics of one land for those of another) and not to be regarded as simply a nondescript "black."

Over the years, I have, at various times, been mistaken for many different nationalities. But when I am in the Middle East, strangers most often mistake me for Egyptian. Of course, many African Americans look like Egyptians, right across the color spectrum. I would often scan a crowded street in Cairo and pick out the faces of Egyptians whose visages reminded me of family or friends.

Almost every time I arrived at the Cairo airport, the immigration official would examine my passport closely. Inevitably, the official would ask me a series of questions.

"Is this your name, Sunni Khalid?"

"Is your father Egyptian?"

"Is your mother Egyptian?"

"Where were you born?"

As a last resort, I'd often put my hands up in a boxer's stance and start jumping around, throwing punches in the air. Then I'd turn to them and say, "I'm like Muhammad Ali-Clay." That would always bring smiles.

"Oh, you're a boxer! Do you know Muhammad Ali-Clay?"

"No, I'm like Muhammad Ali-Clay," I would say. "I'm an African-American Muslim."

Quickly, those quizzical looks would be replaced with smiles and handshakes. As they stamped my passport, the officials would tell me, "Welcome home."

But other blacks, whether American or not, have fared much worse than I did; they are never mistaken for Arabs.

Over the years, Egypt has had a particularly difficult time coming to grips with its African identity. Many Egyptians do not consider themselves Africans. Some take offense even to being identified with Africa at all. When speaking to Egyptians who have traveled to countries below the Sahara, nearly all of them speak of going to Africa, or going down to Africa, as if Egypt were separate from the rest of the continent.

More than a few Egyptian women, for example, told me that they disliked the dark-skinned former President Anwar Sadat, ridiculed for years as "Nasser's black poodle." Sadat, whose mother was Sudanese, they insisted, "did not look Egyptian enough."

For too many Egyptians, sub-Saharan Africa is a stereotypical exotic land of thick jungles and masses of poor, starving and black-skinned savages. Ironically, a little more than a generation ago, Cairo was the nerve center for the continent's liberation movement. Today the state-controlled media devote scant attention to the affairs of the continent below the Sahara. Even the occasional visit by a head of state from sub-Saharan Africa is greeted with smiles by snickering Egyptian government officials, especially when African visitors choose to wear their national dress.

This was not always the case. In 1966, following the coup in Ghana, Egypt's first president, Gamal Abdel-Nasser, sent for the Egyptian wife and half-Egyptian children of Ghana's deposed leader, Kwame Nkrumah. Nasser died suddenly in 1970, and much has changed since then.

Sub-Saharan Africans, who have fled as refugees to Egypt from Sudan, Ethiopia and Eritrea, are routinely targeted for periodic security roundups in Cairo. In December 2005, Egyptian riot police brutally attacked a camp of Sudanese refugees in Cairo who were protesting their treatment. In front of TV cameras, at least 28 and as many as 100 refugees were killed, and hundreds of others were injured, arrested, imprisoned or deported. There was little public protest.

Read the rest of Sunni M. Khalid's article at The Root.