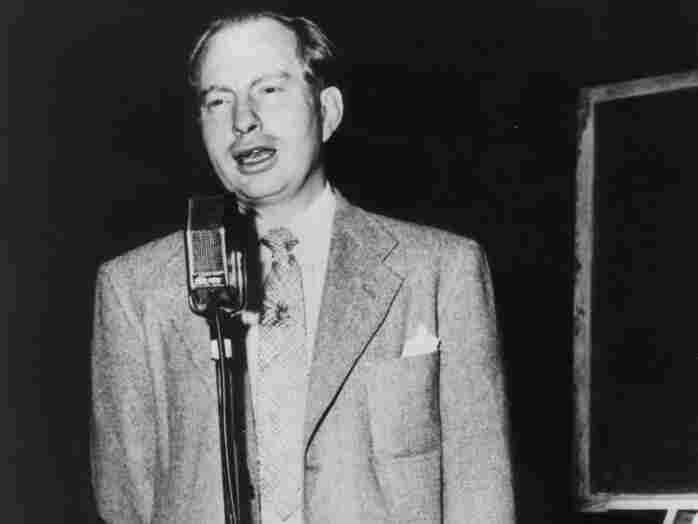 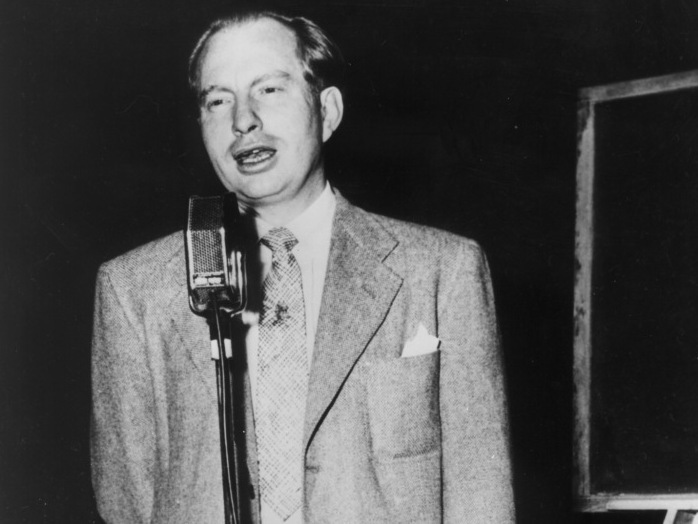 Lawrence Wright's cover story in the current edition of The New Yorker reports on the Church of Scientology and focuses on why screenwriter and director Paul Haggis resigned from the organization in 2009 after spending nearly 35 years with it.

Haggis, who directed Crash and wrote the screenplay for Million Dollar Baby, spoke with Wright about his reasons for leaving the church and the response from his fellow Scientologists.

Wright tells Fresh Air's Terry Gross about the detailed fact-checking process his article went through — The New Yorker assigned five fact checkers to the story and sent the Church of Scientology 971 fact-checking queries before publication.

Lawrence Wright in 'The New Yorker'

'The Apostate: Paul Haggis Vs. The Church Of Scientology'
The New Yorker Documents Related To L. Ron Hubbard's Life

In September 2010, Wright, his editor, the New Yorker fact-checking team and the magazine's editor-in-chief, David Remnick, met for eight hours with the spokesman for the Church of Scientology, Tommy Davis, along with Davis' wife and four lawyers representing the church, to discuss the facts in the piece.

Wright says that one of the most interesting parts of the meeting came when he asked Davis about L. Ron Hubbard's medical records. Hubbard, the founder of Scientology, had maintained that he was blind and a 'hopeless cripple' at the end of World War II — and that he had healed himself through measures that later became the basis of Dianetics, the 1950 book that became the basis for Scientology.

"I had found evidence that Hubbard was never actually injured during the war. ... And so we pressed [Tommy Davis] for evidence that there had been such injuries and [Hubbard] had been the war hero that he described," says Wright. "Eventually, Davis sent us what is called a notice of separation — essentially discharge papers from World War II — along with some photographs of all of these medals that [Hubbard] had won. ... At the same time, we finally gained access to Hubbard's entire World War II records [through a request to the military archives] and there was no evidence that he had ever been wounded in battle or distinguished himself in any way during the war. We also found another notice of separation which was strikingly different than the one that the church had provided." 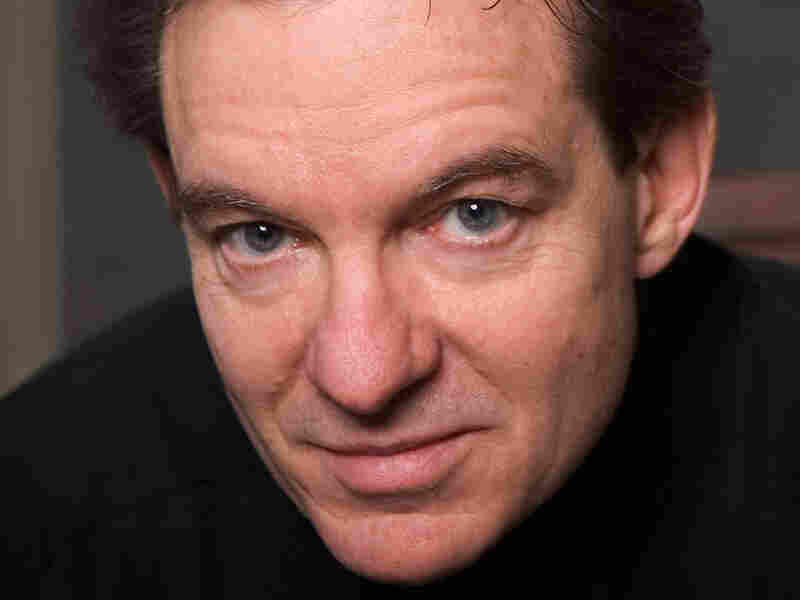 Lawrence Wright is the author of the Pulitzer Prize-winning book The Looming Tower: Al Qaeda and the Road to 9/11. Courtesy of The New Yorker hide caption 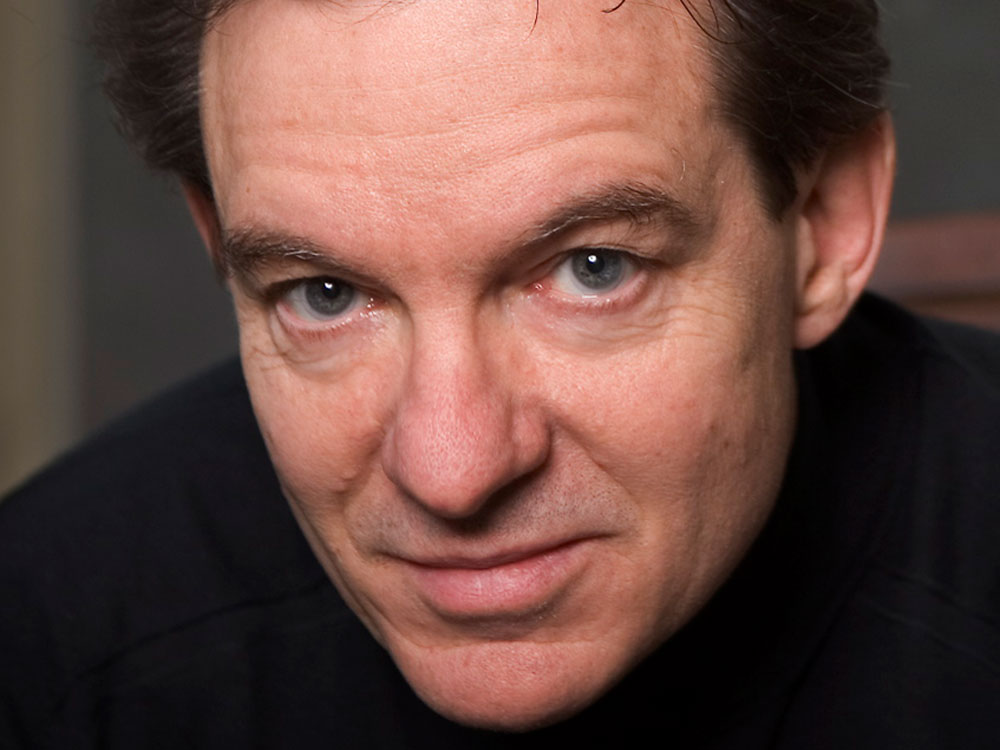 Lawrence Wright is the author of the Pulitzer Prize-winning book The Looming Tower: Al Qaeda and the Road to 9/11.

Furthermore, says Wright, the notice of separation that the church provided was signed by a man who never existed. And two of the medals that Hubbard supposedly had won weren't commissioned until after Hubbard left active service.

"There were a number of different discrepancies on there that make it clear that [the Scientology document] wasn't an actual record," says Wright. "In the 900-odd pages of Hubbard's war records, there were numerous letters from other researchers from over the years. One of them had inquired about [the name on Hubbard's notice of separation]. And the archivist at the time said they had thoroughly researched the rolls of Navy officers at the time and there was no such person."

Wright says he's not sure what impact — if any — his article will have on the Church of Scientology.

"It's hard to measure, because we're dealing with a religion," he says, "and people are drawn to it because of faith. And if it were simply a matter of reason, then one could put this [document about Hubbard's service] down in front of you and say, 'Here is conclusive proof that the founder of Scientology lied about his military record and lied about his injuries and lied about the fundamental principles out of which he created the Church of Scientology. But that may not matter to people who are involved in it, who may feel they are gaining something from their experience — either because they feel like the truths of Scientology enhance their lives or because the community of Scientologists that they live among is something like their family. So they intentionally shield themselves from knowing these types of things."

On Wright's interest in scientology

"I've always been intrigued by why people believe one thing over another. The U.S. is such an unusual place in the world, because you can believe anything you want. There's a lot of countries in the world where that's not true. But here, freedom of belief is like a supermarket. You can choose to believe anything. And that opens up the question: Why would you believe this over something else? And in the course of my career, I've written about the Amish. I've written about Mormons, Southern Baptists, you know, much about Islam. So I've spent a lot of time interviewing people about their beliefs, and Scientology has always been intriguing to me because it's such a stigmatized religion. And why people would be drawn to something that has so many negative connotations around it, I thought there must be something that this religion offers them, and that's what I wanted to find out."

On why Paul Haggis left the Church of Scientology

"To begin with, [he was] upset with the church had to do with Proposition 8, the 2008 California ballot initiative that would forbid gay marriage. Two of Paul's three daughters are gay, and one of the churches in Scientology in San Diego had affiliated with the forces that were proposing this proposition. ... And when that came to Paul's attention, he wrote a letter to Tommy [Davis, the Church's spokesman] asking the church to formally renounce that affiliation with the supporters of Proposition 8 and actually take a stand against it. He thought that the church, having made that mistake, should be more forthright and stand against it. And Davis responded that the church didn't engage in those kinds of political activities. ... But that was not satisfactory to Haggis, and he began an investigation of Scientology, something that he had not done in his nearly 35 years as being a scientologist. He had never really looked at what people said about Scientology. And, in fact, the church discourages that kind of independent inquiry."

On the meeting Wright held with Tommy Davis and scientology lawyers

"In September, Tommy Davis and four Scientology lawyers arrive in New York with 47 volumes of supporting material, these binders that stretched seven linear feet. And we met in a conference room in 10 in the morning with me and two of the checkers and the head of our checking department and our lawyer and my editor and David Remnick, the editor of the New Yorker, who had just come in to welcome everyone, but took a seat and didn't get up until six that evening."

"In one very interesting moment, Davis said, 'Of course, if it's true that Mr. Hubbard was never injured during the war, then he never did heal himself using Dianetics principles, then Dianetics is based on a lie, and then Scientology is based on a lie. The truth is that Mr. Hubbard was a war hero.' And the way he phrased that, that everything depended on whether Hubbard had sustained these injuries and healed himself was like a wager on the table."

On what the Church of Scientology said about Hubbard's war records

"I asked Tommy Davis to square the records that we had with the church's own records of Mr. Hubbard's war records. And he said, 'Well, we the church were also puzzled about it until we found an expert who clarified all this.' And he said the man who did that was Mr. X in Oliver Stone's movie JFK who in real life was a man named Fletcher Prouty, who had been involved in inner circles of the American Defense Department. And Prouty, who also had worked for the church, had told them that Hubbard had actually been an intelligence agent, and the records were, as he said, sheep-dipped. That's apparently a term of art in intelligence that maintains that there were two sets of records. And we obtained all of Mr. Hubbard's military records, and there was no second set of records. There was no evidence that he had ever acted as an intelligence agent during the war in any serious capacity, and that he had never been wounded."

On Hubbard's notice of separation

"The notice of separation they gave us was signed by an individual named Howard Thompson, a lieutenant commander who apparently never existed. They gave us a photograph of the medals that Mr. Hubbard supposedly had won. Two of them weren't even commissioned until after he left active service. On there, it says that he graduated after four years of college and got a civil engineering degree, which is not accurate. ... In the 900-some-odd pages of Hubbard's war records, there were numerous letters from other researchers from over the years. And one of them had inquired about Howard D. Thompson, this lieutenant commander that supposedly signed this notice of separation. And the archivist at the time said they had thoroughly researched the roles of Navy officers at the time, and there was no such person."