Accessibility links
The Weekly Standard: Mubarak Calls Obama's Bluff Many worry that the White House response to the situation in Egypt has been slow and tepid. Lee Smith of The Weekly Standard argues that the Obama administration no longer carries much power in the Middle East. Egyptian President Hosni Mubarak knows what he can get away with — and with little consequence. 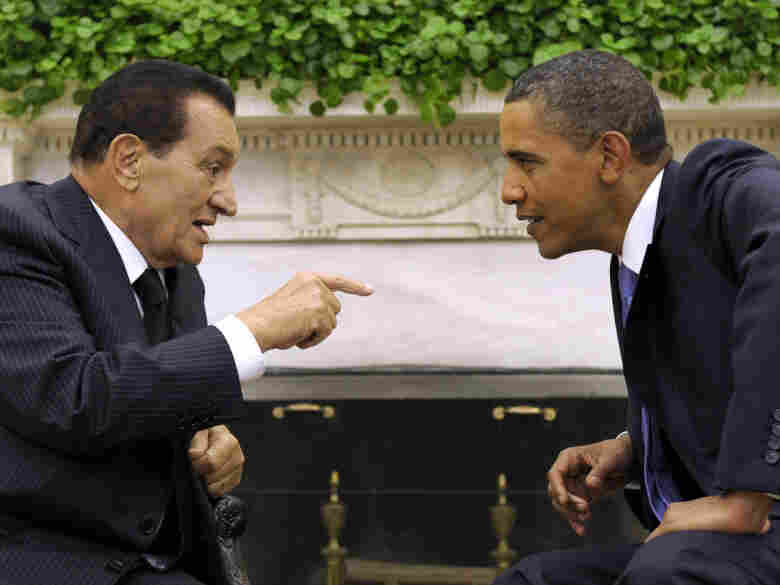 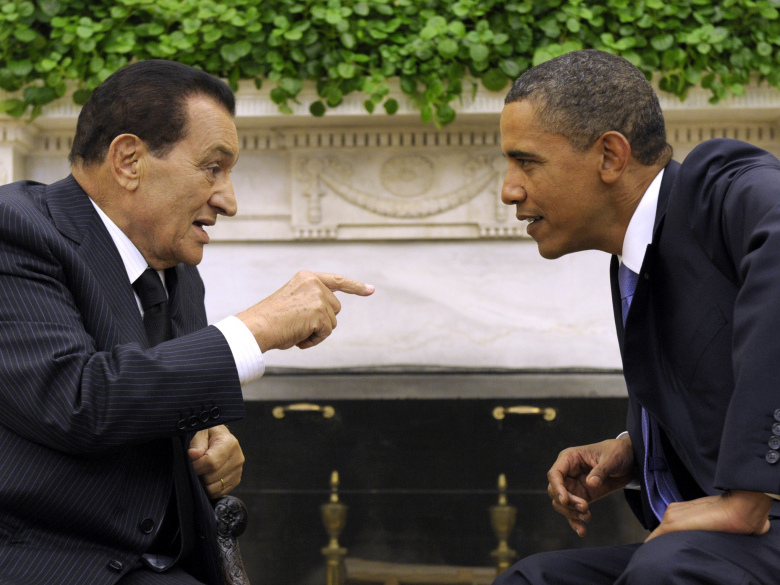 Lee Smith is a senior editor at The Weekly Standard. His is the author of The Strong Horse: Power, Politics, and the Clash of Arab Civilizations.

Washington has finally found out what $1.3 billion in annual military aid means to Hosni Mubarak's tottering regime: It is a bribe to make the Egyptians do what is already in their self-interest. It seems that the American aid package (close to another billion is designated for economic assistance) gives U.S. policymakers less leverage on Egypt than they might have hoped, or else Hosni Mubarak would have taken President Obama's message to stand down a little more seriously. Instead, he has taken Obama's measure over the last two years and found him wanting.

In one sense, what is happening on the streets of Egyptian cities has little, if anything, to do with Barack Obama. However, it's not hard to see how things might have gone differently had the administration held fast to the cardinal rule of Middle East politics: Reward your friends and punish your enemies. By failing to do so, the White House projected weakness in the region rather than the strength that is required to keep enemies on alert and allies in line.

The fact that Obama has lowered the U.S. profile in the Middle East has not only frightened friends and galvanized adversaries; it has created a vacuum in which every actor, friend and foe, feels free to ignore Washington's wishes. Mubarak knew he could get away with crossing Obama because no one in the region has paid a price for going against the White House​ — ​if, that is, the administration even saw fit to speak out.

It was the June 2009 uprising following the Iranian elections that first showed Obama's mettle. While millions of Iranians took to the streets to demonstrate, the administration dithered for two weeks before taking a stand. That alone showed the sort of weakness and passivity that emboldens bad actors. But the rationale for the White House's silence only made it worse.

Obama did not want to antagonize the Iranian government because he wanted to engage them over their nuclear program. Every regional ally​ — ​from Jerusalem to Riyadh​ — ​told him that this was a fool's errand, but the president was not to be deterred, even as the Iranian rulers thumbed their nose at the American president and told him they did not want to negotiate.

The administration also wanted to engage Iran's ally, Syria, even as Damascus was supporting foreign fighters making their way into Iraq to kill American troops and our Iraqi allies. Furthermore, the Assad regime continued to back both Hamas and Hezbollah, who had laid siege to American allies in Lebanon, the Palestinian territories, and Israel. Instead of bringing Damascus into the American column, Obama's outreach pushed an ally, Saudi Arabia, into the Syrians' arms.

Because the Saudis interpreted U.S. engagement with Syria and Iran as a retreat from Lebanon, they believed it was the better part of valor to court the Syrians, in hopes they might help attenuate Iran's influence in Lebanon. Moreover, the House of Saud and Syria struck a deal over Iraq, where they would coordinate efforts to weaken, if not topple, an American ally, Prime Minister Nouri al-Maliki. A series of massive car bombings in Baghdad did precisely that, and again the administration did nothing to protect its friends or punish its enemies.

Any Middle Eastern observer would be forced to conclude that if the American leader was not weak, he at least lacked a strategic compass. After all, here was a president who kept insisting on the centrality of an Arab-Israeli peace process that everyone else in the region understood was a nonstarter. It hardly helped matters when Obama publicly humiliated America's closest ally in the region, Israel​ — ​a piece of abuse that must have amused Mubarak even as it appalled him.

The Tunisian uprising may have given Egyptians the idea that they could bring down their own president-for-life, but events in Lebanon in January gave Mubarak a clear signal that the Americans, as the Ayatollah Khomeini had once put it, couldn't do a thing. Hezbollah brought down the government of U.S. ally Saad Hariri​ — ​while he was meeting with Obama in Washington. Mubarak and his generals could safely assume that if the Americans weren't going to stop Hezbollah, which had actually killed Americans, they were certainly not going to pose any threat to an Egyptian army equipped and trained by the United States.

No matter what Washington said, no matter how much Obama threatened, he wasn't going to change the reality that Mubarak shaped by force. In the end, Washington wasn't going to curtail their aid package, and even if they did, what good was it to Mubarak and the generals without an Egypt to rule? They were fighting for their lives while Obama had merely dispatched an envoy to relay a message.

It is true, there is no telling how George W. Bush would have handled an uprising in Egypt, for the fact is that Mubarak has directed a violent counterrevolution that, if it succeeds, will stand as a textbook case of Arab regime crisis management. In his cunning and ruthlessness, the 82-year-old Egyptian ruler has shown us the true nature of the man who defeated Egypt's Islamist insurgency in the '80s and '90s. Mubarak pushed back hard against the Bush administration's human rights and democracy agenda, with too little reaction in Washington, so it is likely he would have outmaneuvered Bush as well during the recent uprising. And yet there may be a reason why — despite a generation of accumulated Egyptian grievances against Mubarak — it never came to this when Bush was in the White House.

Invading Iraq earned Bush at least four years during which Arab regimes, friendly and otherwise, were wary of the man who had American power at his disposal. Putting Saddam down like a mad dog convinced Libya's Muammar Qaddafi to abandon his nuclear weapons program, and the presence of U.S. troops in Iraq may have been decisive in forcing Syrian troops out of Lebanon. Mubarak himself got his Islamists to plead with Washington that they'd had nothing to do with 9/11 and so Egyptians should be spared.

But now Egyptian blood is being shed in the streets of Cairo. The weakness of a superpower in a region where it has exercised hegemony for more than a half a century is dangerous to everyone.