Accessibility links
Wrestling Gators And Language In 'Swamplandia!' Author Karen Russell talks to All Things Considered co-host Melissa Block about her eclectic literary tastes, life in the Everglades and other influences for her debut novel, Swamplandia! — about a gator-wrestling, theme-park-owning family 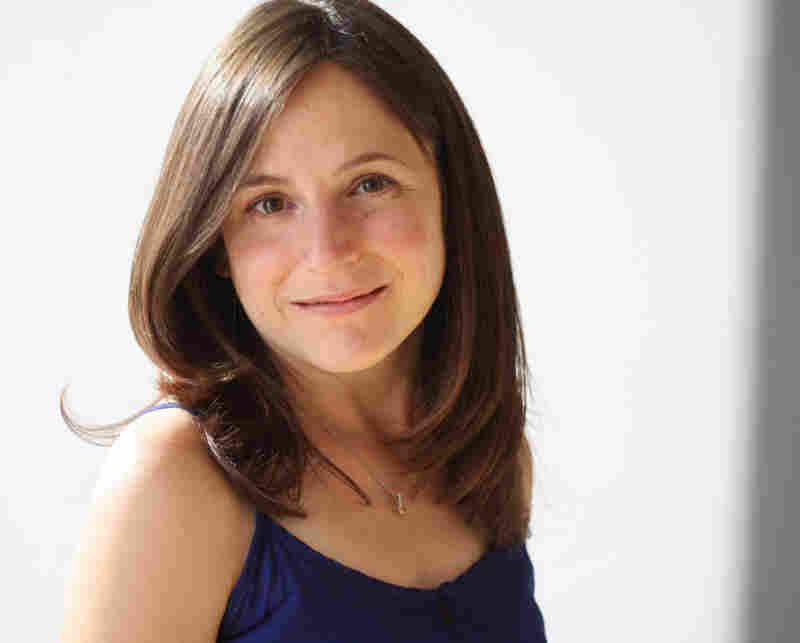 Karen Russell was born in Miami and now lives in New York. The story of Swamplandia! first appeared in "Ava Wrestles the Alligator," from Russell's collection of short stories, St. Lucy's Home for Girls Raised by Wolves, published in 2006. Michael Lionstar hide caption

In Karen Russell's debut novel, Swamplandia!, set in the middle of the swamps of southern Florida, we find a fictional amusement park full of high-diving gator wrestlers. The park, the "number-one gator-themed swamp cafe" in Florida, is run by the Bigtrees, a family that invents their own mythology of being gator-wrestling tribal royalty. Swamplandia! closely follows the youngest sibling, Ava, who takes it upon herself to rescue the park from ruin after finances go south and family members disappear.

The 29-nine-year-old Russell grew up an hour from the Everglades, in a time when projects to dike and dam the swamp led the way for taming some of the swamplands — but her older family members had memories of a more unrestrained place.

"I grew up in this world sort of perfumed with nostalgia for a much wilder version of South Florida," Russell tells Melissa Block on All Things Considered.

The title of the novel includes the emphatic exclamation point, Russell says, because it fits the high spirits of the novel. The Bigtree family members have created their own fantastical history springing from their alligator-wrestling tradition, but in reality, they're just the lowly operators of a shabby tourist attraction in a swamp. Including the exclamation point hints at the manufactured enthusiasm to be found in such a place. 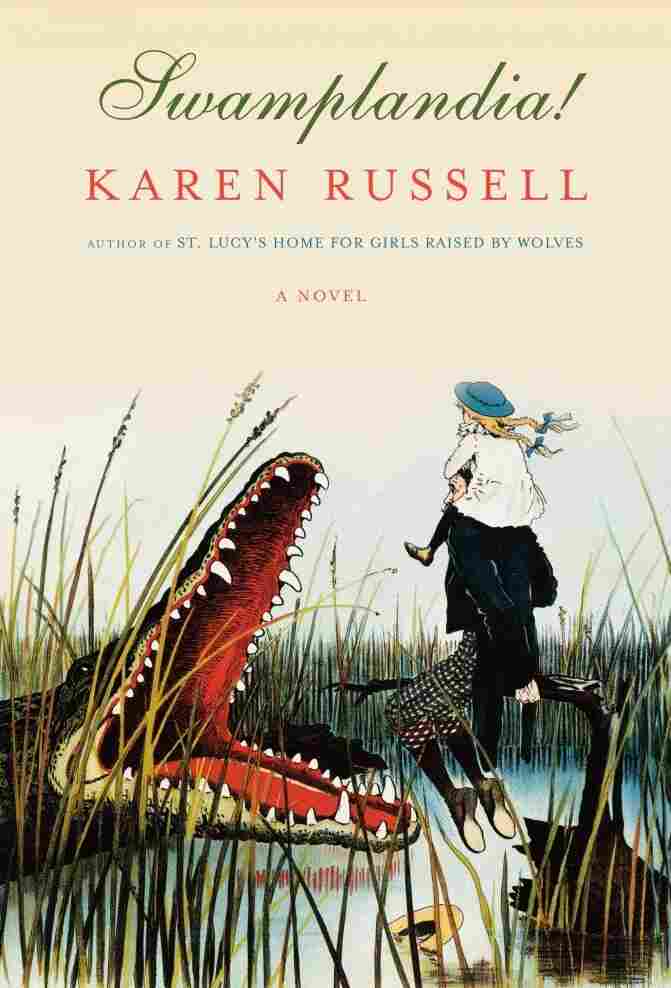 "[It suggests] something about the incongruity between how badly they want this fantasy to be the reality," Russell explains. "It's all there for me in that exclamation point."

The swamp itself does have its mystical qualities, though. Swamplandia! begins with Hilola, Ava's mother, diving into a deep black swamp-water pool full of alligators as the crowd watching her bursts into applause. But things take a darker turn after Hilola is diagnosed with ovarian cancer, and Ava eventually has to navigate the haunted, dank Everglades swamplands on her own, in a raft.

"The Everglades … to me have always looked like an appropriate setting," Russell says, "because the swamp is an absolutely uncanny place. It's neither sea nor land; they're these mangrove tunnels that really do feel like something out of Dante."

As Ava watches her family's alligator theme park start to crumble, she sets off on her own through the swamp's mangrove tunnels and carpets of mosquitoes to find her sister — who was possessed by ghosts and disappeared to the underworld.

This premise, the author says, was a hard sell when she was explaining the novel to friends over the years. Family members suggested moving the setting to Hawaii, or a boat, or "somewhere more pleasant."

While writing, however, she became fascinated with the tricks of the trade of alligator wrestling: For instance, although alligators close their jaws with 2,125 pounds per square inch of force, the muscles used to open them are so weak that simply wrapping a fist around them can keep them shut.

Russell feels that her unique consumption of books as a child influenced her drive to write such strange tales. She made an early bargain with her mother, wherein she would read a children's version of Jane Eyre or Charles Dickens, and would then be allowed to check a Stephen King book out of the library.

"I really think that diet has influenced everything I've written since. ... I loved both; I mean I really loved these sort of lyrical, realist stories, and I definitely listed towards the weirder books," she says.

Now and then a pair of coal-red eyes snagged at the white net of the spotlight as the Chief rolled it over the Pit. Three long minutes passed, then four, and at last she gasped mightily and grasped the ladder rails on the eastern side of the stage.

Chapter One: The Beginning of the End

Our mother performed in starlight. Whose innovation this was I never discovered. Probably it was Chief Bigtree's idea, and it was a good one — to blank the follow spot and let a sharp moon cut across the sky, unchaperoned; to kill the microphone; to leave the stage lights' tin eyelids scrolled and give the tourists in the stands a chance to enjoy the darkness of our island; to encourage the whole stadium to gulp air along with Swamplandia!'s star performer, the world-famous alligator wrestler Hilola Bigtree. Four times a week, our mother climbed the ladder above the Gator Pit in a green two-piece bathing suit and stood on the edge of the diving board, breathing. If it was windy, her long hair flew around her face, but the rest of her stayed motionless. Nights in the swamp were dark and star-lepered — our island was thirty-odd miles off the grid of mainland lights — and although your naked eye could easily find the ball of Venus and the sapphire hairs of the Pleiades, our mother's body was just lines, a smudge against the palm trees.

Somewhere directly below Hilola Bigtree, dozens of alligators pushed their icicle overbites and the awesome diamonds of their heads through over three hundred thousand gallons of filtered water. The deep end — the black cone where Mom dove — was twenty-seven feet; at its shallowest point, the water tapered to four inches of muck that lapped at coppery sand. A small spoil island rose out of the center of the Pit, a quarter acre of dredged limestone; during the day, thirty gators at a time crawled into a living mountain on the rocks to sun themselves.

The stadium that housed the Gator Pit seated 265 tourists. Eight tiered rows ringed the watery pen; a seat near the front put you at eye level with our gators. My older sister, Osceola, and I watched our mother's show from the stands. When Ossie leaned forward, I leaned with her.

At the entrance to the Gator Pit, our father — the Chief — had nailed up a crate-board sign: YOU WATCHERS IN THE FIRST FOUR ROWS GUARANTEED TO GET WET! Just below this, our mother had added, in her small, livid lettering: ANY BODY COULD GET HURT.

The tourists moved springily from buttock to buttock in the stands, slapping at the ubiquitous mosquitoes, unsticking their khaki shorts and their printed department-store skirts from their sweating thighs. They shushed and crushed against and cursed at one another; couples curled their pale legs together like eels, beer spilled, and kids wept. At last, the Chief cued up the music. Trumpets tooted from our big, old-fashioned speakers, and the huge unseeing eye of the follow spot twisted through the palm fronds until it found Hilola. Just like that she ceased to be our mother. Fame settled on her like a film — "Hilola Bigtree, ladies and gentlemen!" my dad shouted into the microphone. Her shoulder blades pinched back like wings before she dove.

The lake was planked with great gray and black bodies. Hilola Bigtree had to hit the water with perfect precision, making incremental adjustments midair to avoid the gators. The Chief's follow spot cast a light like a rime of ice onto the murk, and Mom swam inside this circle across the entire length of the lake. People screamed and pointed whenever an alligator swam into the spotlight with her, a plump and switching tail cutting suddenly into its margarine wavelengths, the spade of a monster's face jawing up at her side. Our mother swam blissfully on, brushing at the spotlight's perimeter as if she were testing the gate of a floating corral.

Like black silk, the water bunched and wrinkled. Her arms rowed hard; you could hear her breaststrokes ripping at the water, her gasps for air. Now and then a pair of coal-red eyes snagged at the white net of the spotlight as the Chief rolled it over the Pit. Three long minutes passed, then four, and at last she gasped mightily and grasped the ladder rails on the eastern side of the stage. We all exhaled with her. Our stage wasn't much, just a simple cypress board on six-foot stilts, suspended over the Gator Pit. She climbed out of the lake. Her trembling arms folded over the dimple of her belly button; she spat water, gave a little wave.

When the light found her a second time, Hilola Bigtree — the famous woman from the posters, the "Swamp Centaur" — was gone. Our mother was herself again: smiling, brown-skinned, muscular. A little thicker through the waist and hips than she appeared on those early posters, she liked to joke, since she'd had her three kids.

"Mom!" Ossie and I would squeal, racing around the wire fence and over the wet cement that ringed the Gator Pit to get to her before the autograph seekers elbowed us out. "You won!"

Excerpted from Swamplandia! by Karen Russell Copyright 2011 by Karen Russell. Excerpted by permission of Knopf, a division of Random House Inc. All rights reserved. No part of this excerpt may be reproduced or reprinted without permission in writing from the publisher. 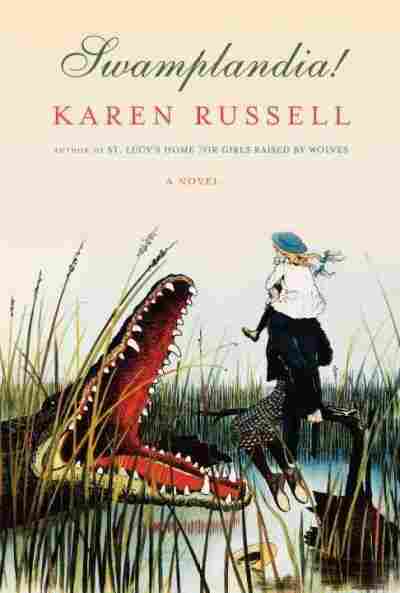