Accessibility links
Can Social Networking Keep Students In School? Some colleges and universities see half of their freshmen classes drop out. In an effort to help stem the tide, the Bill and Melinda Gates Foundation is investing $2 million in a private company that creates student-only online college communities where students can get support from their peers. 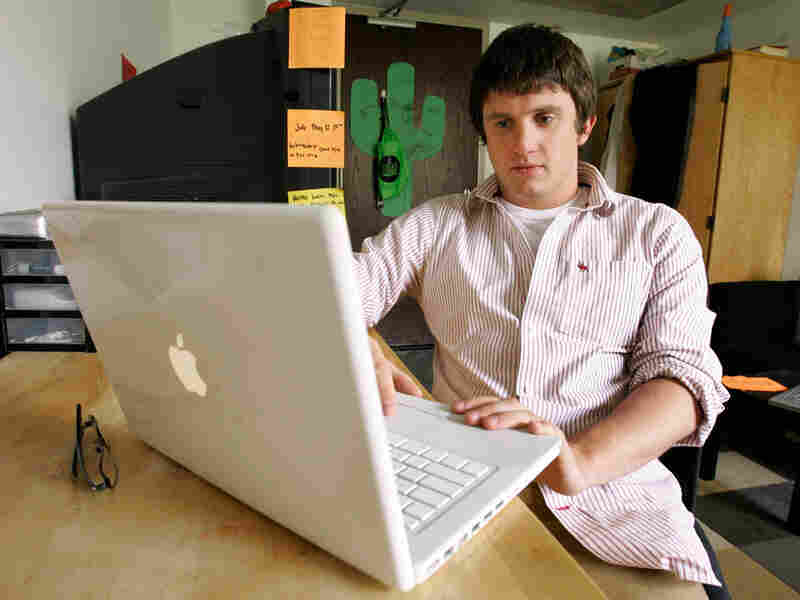 Last fall, students were psyched to be starting school at Coppin State University in Baltimore.

But if history is any guide, 40 percent of them will disappear before next year — victims of this school's low retention rate.

This is the time of year when students are wondering whether they will get accepted to the college of their choice. But many colleges and universities are asking themselves another question: How can we hold onto students once they're enrolled?

Some schools see half their freshmen disappear because so many drop out. To address this problem, some schools build physical spaces — new dorms with themes and clubs to make sure new students get involved. Those strategies can help.

But schools are now trying to keep students coming back with a new twist on a familiar tool — social networking.

The Bill and Melinda Gates Foundation has also been looking for new approaches to keep students coming back.

The foundation is announcing Wednesday that it will invest $2 million in Inigral — a company that is trying to build virtual college communities by creating school-based Facebook sites. It's the first time that the Gates nonprofit foundation has bought an actual equity stake in a for-profit company.

"What we do is make sure that when students arrive they either already have assembled or [can] very quickly assemble that kind of peer support," says Michael Staton, the CEO of Inigral.

Peer support means a ready network of friends. Only students can gain entry to these sites, and they're invited in the moment they are accepted to a school. The feel is supposed to be small and intimate, unlike schools' fan sites on Facebook, which are open to everyone and don't inspire much networking.

Columbia College, an arts and media school in Chicago, has been experimenting with the site. Samantha Saiyazonsa, a sophomore in journalism, says it helps her merge her social and academic lives.

School clubs can also use this technology to recruit and discuss campus issues. The sites are there for students, not for administrators.

Schools pay what they say is a nominal fee for Inigral to build the site. Colleges and universities hope they will get paid back through greater student engagement and higher retention rates. Ultimately, that saves schools money because they don't have to replace all of those dropouts.

"We have some indication that first-time freshmen who opted to participate in the application were highly more likely to be retained for the next semester," says Kari Barlow, an online administrator who spearheaded Arizona State University's experiment with Inigral's Schools App.

Hard To Measure The Impact

It will be tough to show whether these efforts played any direct role in students' decision to stay or go — that's a subject for future research. And, of course, many students are out of reach for this and other approaches.

Alexis Thompson, a sophomore who uses Columbia College's site, says it only works if kids work with it.

"That's something that they have to be proactive about," she says. "So, the Facebook app can be there. But unless you're being proactive and you want to go out and look for things like that — it's really on the student."

The Gates Foundation investment seems to show that the organization is casting a wide net to find new ideas that will improve outcomes in higher education.