Accessibility links
'Daytripper' Explores The Quiet Moments That Shape A Man's Life. And His Death(s). A new graphic novel continually kills off its main character - and finds hopeful truths about how we come to terms with our mortality.

'Daytripper' Explores The Quiet Moments That Shape A Man's Life. And His Death(s).

'Daytripper' Explores The Quiet Moments That Shape A Man's Life. And His Death(s). 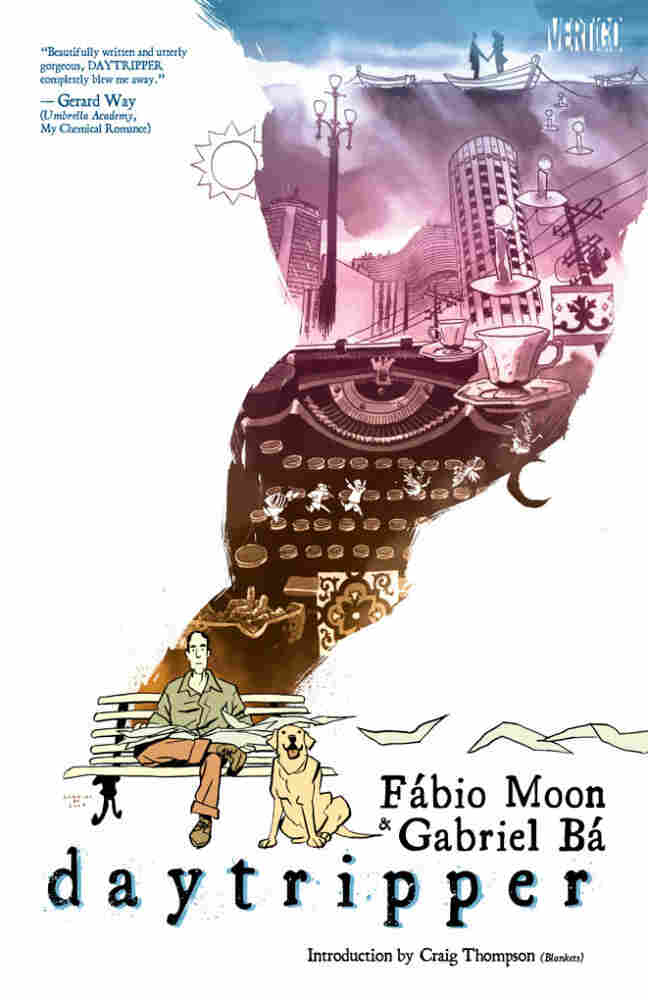 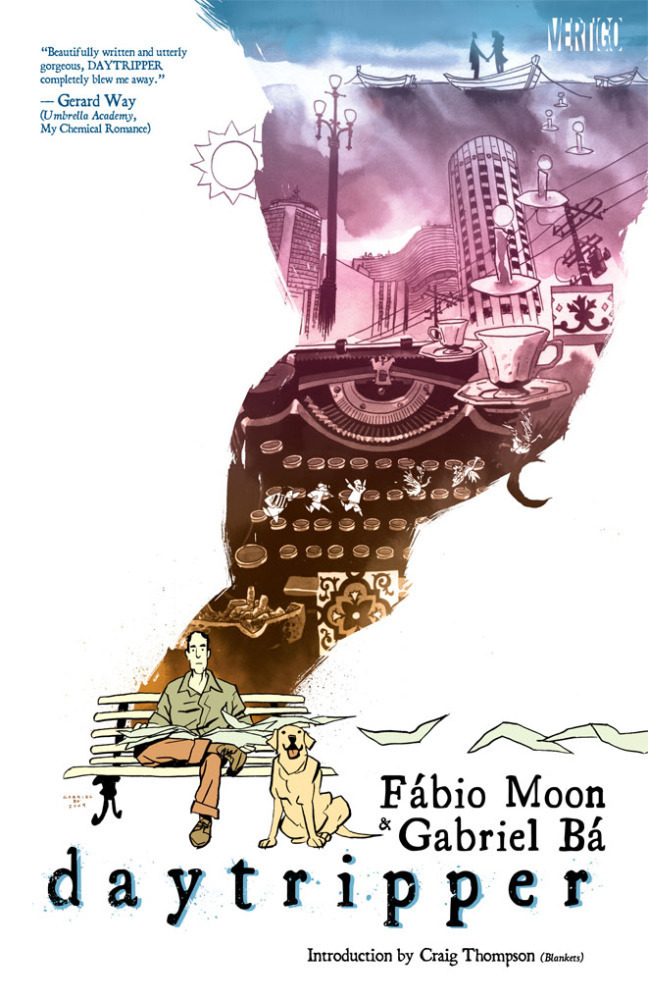 Given its heady, less-than-chipper subject — the way death, whenever and however it comes, retroactively imposes a shape on a person's life — you'd expect a comic like Daytripper to send the reader crawling back under the duvet with a fifth of scotch and a sleeve of cookies.

But by the time you reach the final chapter of this gorgeous, expressive and poignant comic book/meditation-on-mortality by Brazilian twin brothers Fabio Moon and Gabriel Ba, what will linger with you is a quiet, clear-eyed sense of hopefulness.

Not the cheery, uniquely American, C'mon-Gang-We-Can-Lick-Anything-'Cause-We-Got-Gumption! kind of hope. No, this is its more beleaguered cousin — the hard-won kind of hope that only emerges after death isn't something feared, denied or rage-raged against, but confronted. And embraced.

We meet Sao Paulo writer Bras de Oliva Domingos at the age of 32, as he's churning our newspaper obits and struggling to find his voice as a writer. The fact that this struggle takes place in the shadow of his father, Brazil's literary lion and national treasure, only complicates matters. 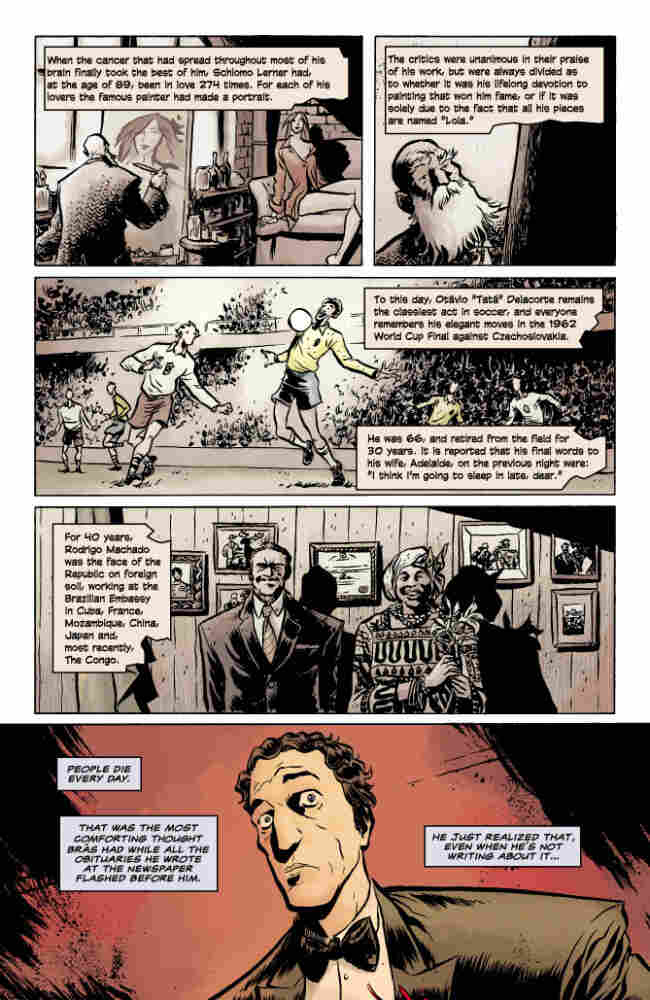 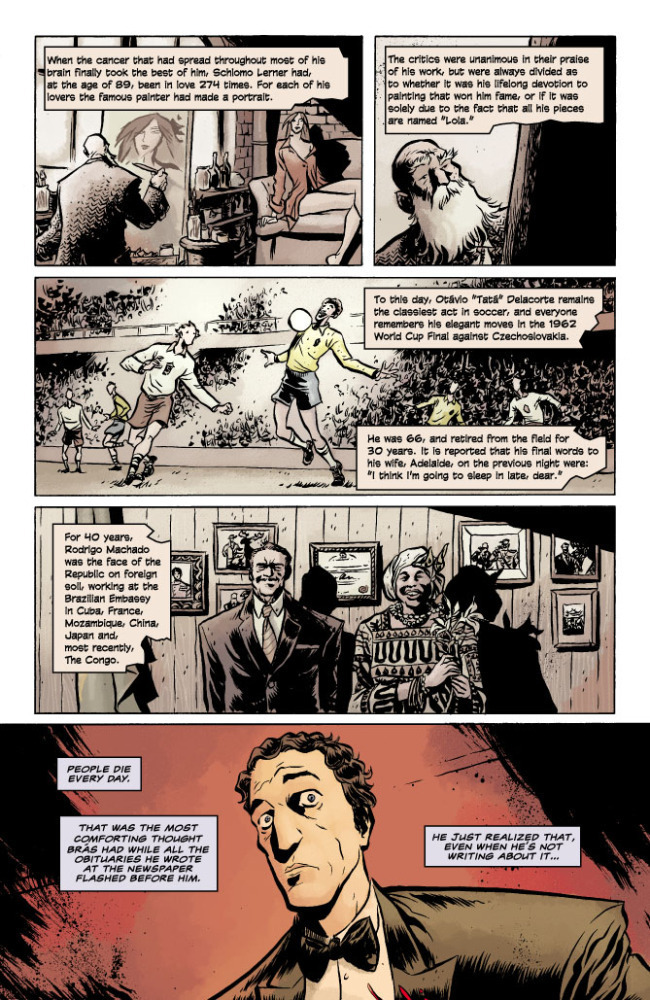 Vertigo originally released Daytripper as a 10-issue series last year, and has just collected it in a trade. Anyone who read it in single issues must been have taken aback by the end of the first issue when, after spending a day mulling over his stalled literary career and his father's legacy, Bras dies suddenly and violently.

But given the book's Latin American setting, perhaps the fact that Daytripper comes with a dose of magical realism shouldn't surprise.

What's striking, however, is how keenly Moon and Ba focus on the realism, content to relegate the magic off-panel. And even though they don't show it to us - no infinite labyrinths or butterfly swarms show up here - the magic they are working is potent stuff.

In fact, it's the most powerful magic there is: Over and over, we watch Bras die. And in the brief, silent pauses between Daytripper's chapters, Moon and Ba press a cosmic reset button, and return him to life. 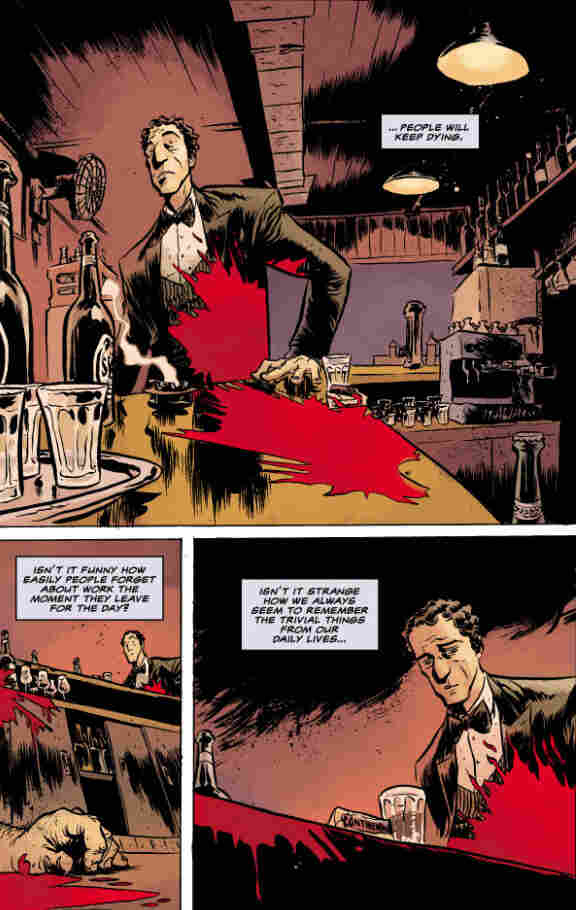 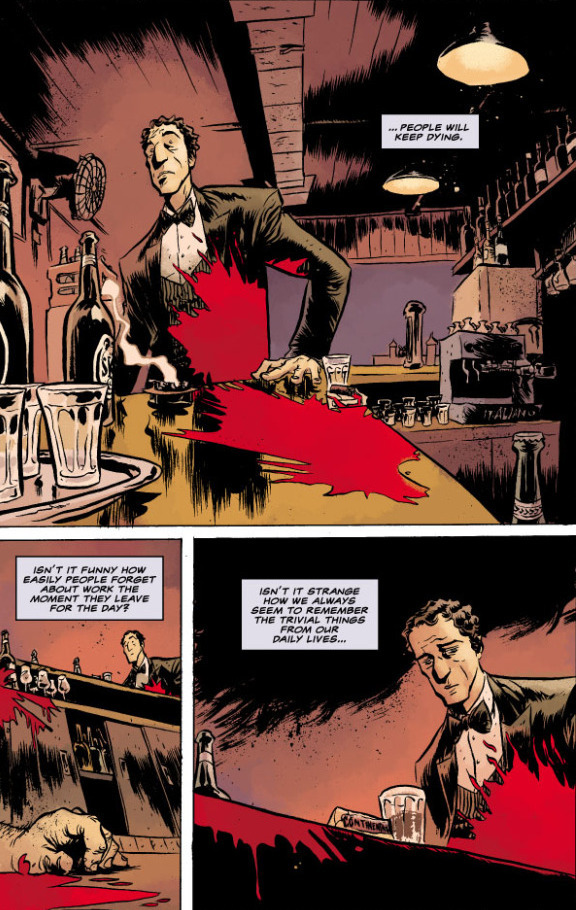 The conceit sets the book's grimly addictive pace. Chapter after chapter, we meet Bras at different ages, and follow him through some of the most important days of his life — his first kiss, meeting his first love, the birth of his son, the tragedy that allows him to find his voice as a writer — every one of those days ends in his death.

With each death, we read the obituary that Bras would have written for himself, which does not come close to capturing the rich imagery, emotional nuance and lyrical language of the chapter we've just read. But that's the point: The merciless way death allows us to reduce lives to narrative arcs, to turn the whole of human existence into story beats and act breaks.

After a few chapters, we begin to internalize the implacable rhythms Moon and Ba construct, and find ourselves growing increasingly complicit in Bras' fate — with every turn of a page we're speeding him toward some new bad end. And just when we start to weary of the drumbeat, the creators literally mix things up, and allow the walls separating Bras' various incarnations to crumble.

What happens next turns the book from a series of anagrammatic short stories into a novel — and sets up the book's mysterious, contemplative and satisfyingly hopeful ending.

Daytripper invites repeated, even recursive reading, as elements in early chapters find themselves echoed or entirely inverted as the book comes to a close. It's a book with the subtle intelligence to deal with death in a way that affirms, and delineates, life.