Accessibility links
Itching To Know How Fleas Flee? Mystery Solved A 40-year-old controversy about how a flea jumps has now been resolved: Fleas take off from their feet, not from their knees. The key? Structures in their legs that act like tiny springs and ground-gripping hooks on their feet. 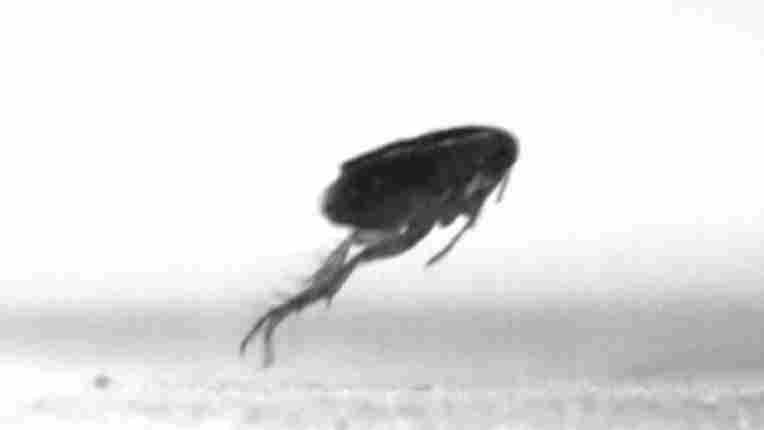 Fleas push off the ground from the ends of their legs, not from the part of the leg that resembles a knee. Gregory Sutton hide caption

A 40-year-old controversy about how a flea jumps has now been resolved: Fleas take off from their feet, not from their knees.

OK, maybe it's not the world's biggest scientific controversy, but the steps to solving it are pretty interesting. And besides, studying how birds fly or snakes slither or insects jump is less esoteric than you might think — it's research that has recently been of great interest to fields like robotics and control systems.

"I'm interested in how insects control the way they jump," says Gregory Sutton of the University of Cambridge in England. "Because it's an incredibly fast, incredibly precise motion, and they don't have enough time for any neurofeedback to fix mistakes."

Sutton has studied how insects like locusts use their legs to make their extraordinary leaps. But fleas' legs are under their bodies, unlike locusts, whose legs are out to the side. "So I wanted to see how fleas control which direction they jump," he says.

"For almost one hundred years the mechanisms of how fleas jump has continued to be a challenging biological problem," write the authors of a new study on flea jumping. In their paper, they explain the two reigning hypotheses on how fleas jump.

Researchers have known that fleas' jumps are too quick and energetic to be produced by muscle contraction, and a series of studies have proved that they use a special elastic skeletal structure that works like a spring to store and release the energy needed for a jump.

But how do they actually launch off the ground?

The first hypothesis, illustrated by the study authors in the first image below, contends that fleas push off the ground with their trochanter, which is roughly analogous to the human knee. If this is the case, the animals would have no problem jumping up vertically. But "generating jumps with a large component in the horizontal direction would thus be difficult," the study says. And fleas almost always jump off at an angle. 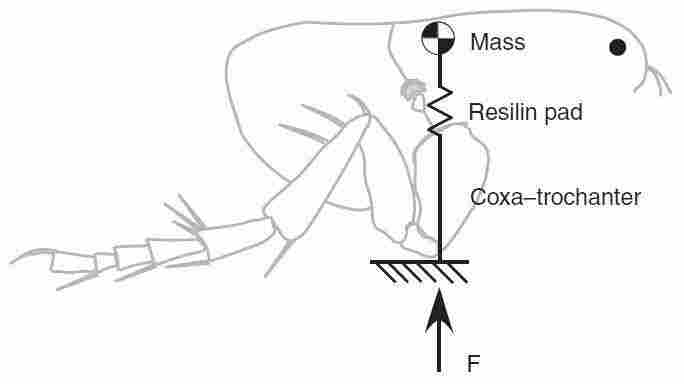 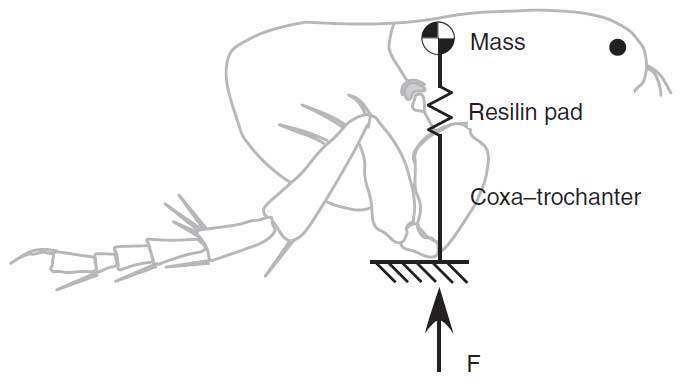 What if the fleas use the lower part of their hind legs as a lever to push off the ground? 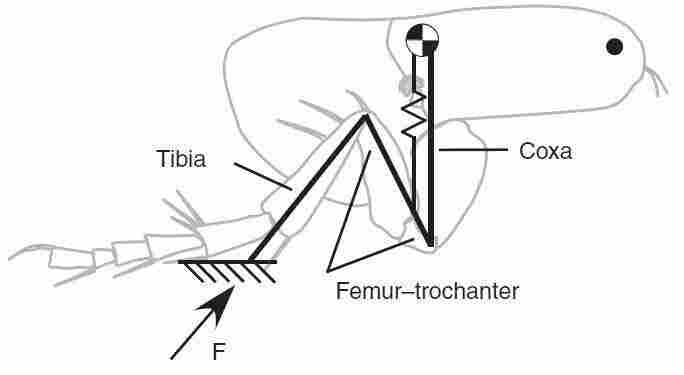 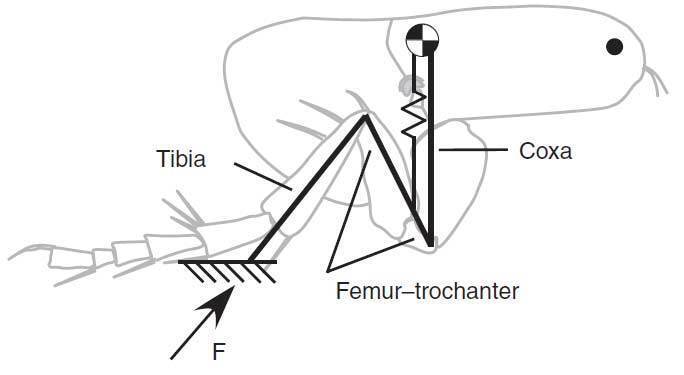 The researchers say that this method allows the fleas to launch off the ground at the angle and speeds they see in high-speed video. The animals also have tiny structures at the ends of the legs that can help grip the ground on takeoff.

And you may be wondering from where researchers acquired the fleas. Well, that would be St. Tiggywinkles Wildlife Hospital Trust, in Aylesbury, Brucks, U.K., of course.

The energy for a flea leap comes from what amounts to a spring inside the flea's leg. The flea's muscles compress the spring, and when it's time to jump, the spring is released. The key to understanding the speed and direction of the jump is understanding how the forces in the spring are transmitted through the leg to the ground.

Jumps From The Flea's Knees?

Forty years ago, two scientific papers came out on this topic.

"These two papers had differing hypotheses of how the forces were getting to the ground," says Sutton. One paper, by a scientist named Miriam Rothschild (of the Rothschilds), proposed that the force was exerted through the flea's trochanter, the equivalent of the flea's knee.

The other paper, by Henry Bennet-Clark, argued that the force went through the flea's tarsus — essentially its foot. Sutton decided to see who was right.

First, he used a high-speed video camera to study the flea's jump in slow motion. The videos clearly showed that the fleas could jump when their knees weren't even touching the ground. Sutton and his colleagues also looked at the fleas with an electron microscope.

Finally, Sutton made a mathematical model for how a flea jump would work if it started from the tarsus or from the trochanter.

"The numerical model of the Bennet-Clark mechanism produced a much better fit for the velocities and accelerations we saw than did the Miriam Rothschild model," he says.

These results appear in The Journal of Experimental Biology.

'It Leaves Me Unsurprised'

"Slam-dunk. The movie images alone show very conclusively what the takeoff pattern is," says Marden. The numerical model and the electron microscope images are icing on the cake.

So how does Bennet-Clark feel about being proved correct after all these years?

"Let's put it this way: It leaves me unsurprised," he says. "Because I always thought that the trochanter idea of Miriam Rothschild was as silly as the statement I'm about to make, which is, 'I'm about to jump off my chair by squeezing my buttocks.' "

He's right about that. You can try that experiment yourself.